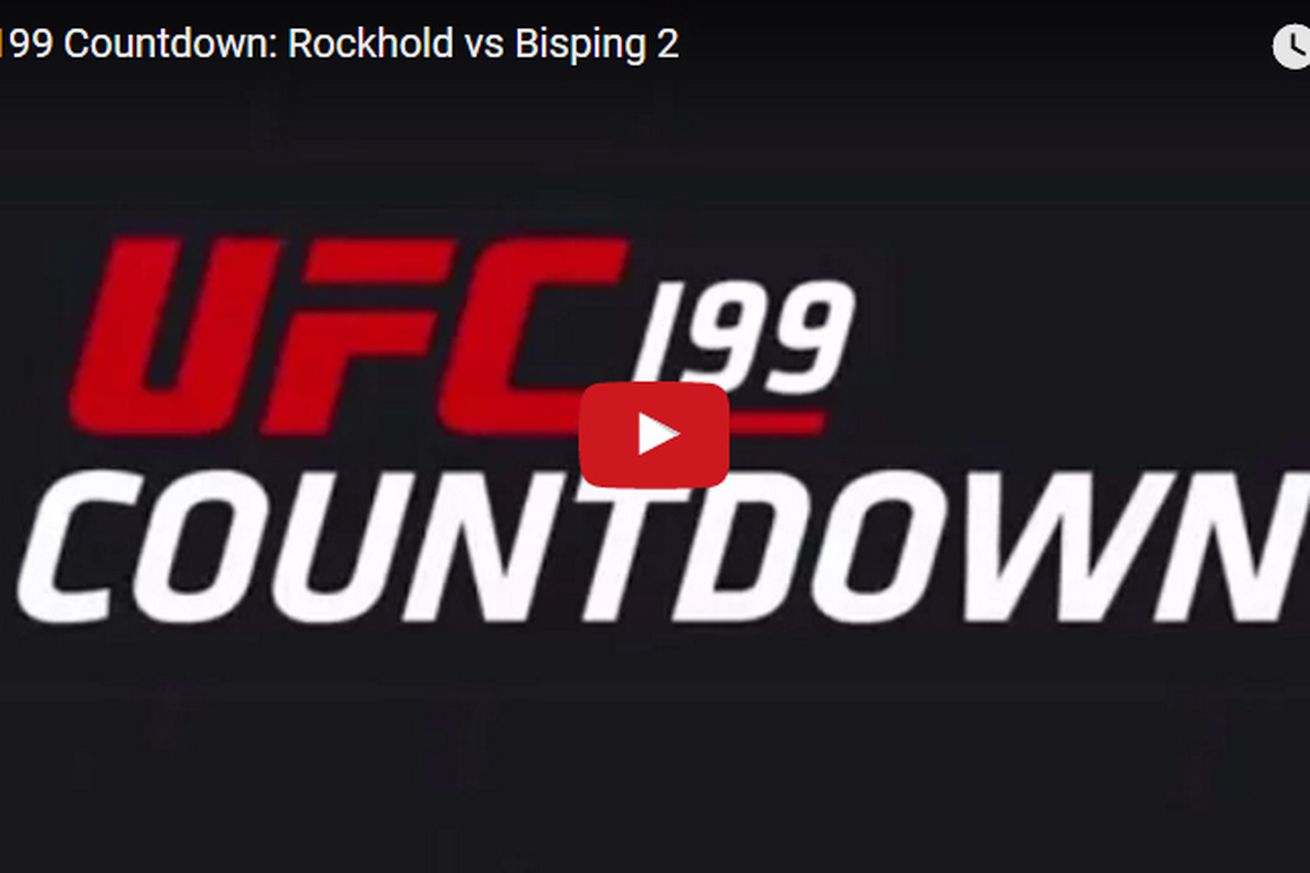 The “Countdown” has begun!

“The Count” will sub for the ailing Chris Weidman, who injured his neck in the weeks leading up to fight night (details). Bisping was last seen capturing a close unanimous decision win over aging ex-champion Anderson Silva earlier this year on UFC Fight Pass.

Rockhold (15-2) is no stranger to the British brawler, having choked him into the loss column in late 2014. To his credit, Bisping (28-7) went on to capture his next three fights, while his June 4 opponent slugged his way to the division summit at UFC 194.

Check out their full UFC 199 “Countdown” video preview above.

MMAmania.com will deliver LIVE round-by-round, blow-by-blow coverage of the entire UFC 199 fight card on Saturday night (click here), starting with the Fight Pass “Prelims” matches online, which are scheduled to begin at 6 p.m. ET, and then the remaining undercard balance on FOX Sports 1 at 8 p.m. ET, before the PPV main card start time at 10 p.m. ET.

To see who else is fighting at this weekend’s UFC 199 extravaganza click here.