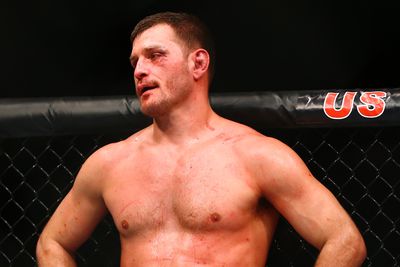 That’s according to a report from MMA Junkie.

Miocic (13-2) is 4-1 over his last five and coming off a technical knockout win over Mark Hunt in Australia, but this latest setback is likely to eliminate any hope of locking up a 265-pound title shot. Rothwell (35-9), meanwhile, might also lose his spot in line, despite winning three straight.

That all depends on whether or not the promotion can scare up a late replacement.

UFC Fight Night 76 will be headlined by lightweight import Dustin Poirier, as he tries to quell the uprising of “Irish” Joe Duffy in the five-round lightweight main event.

For the rest of the Dublin fight card click here.