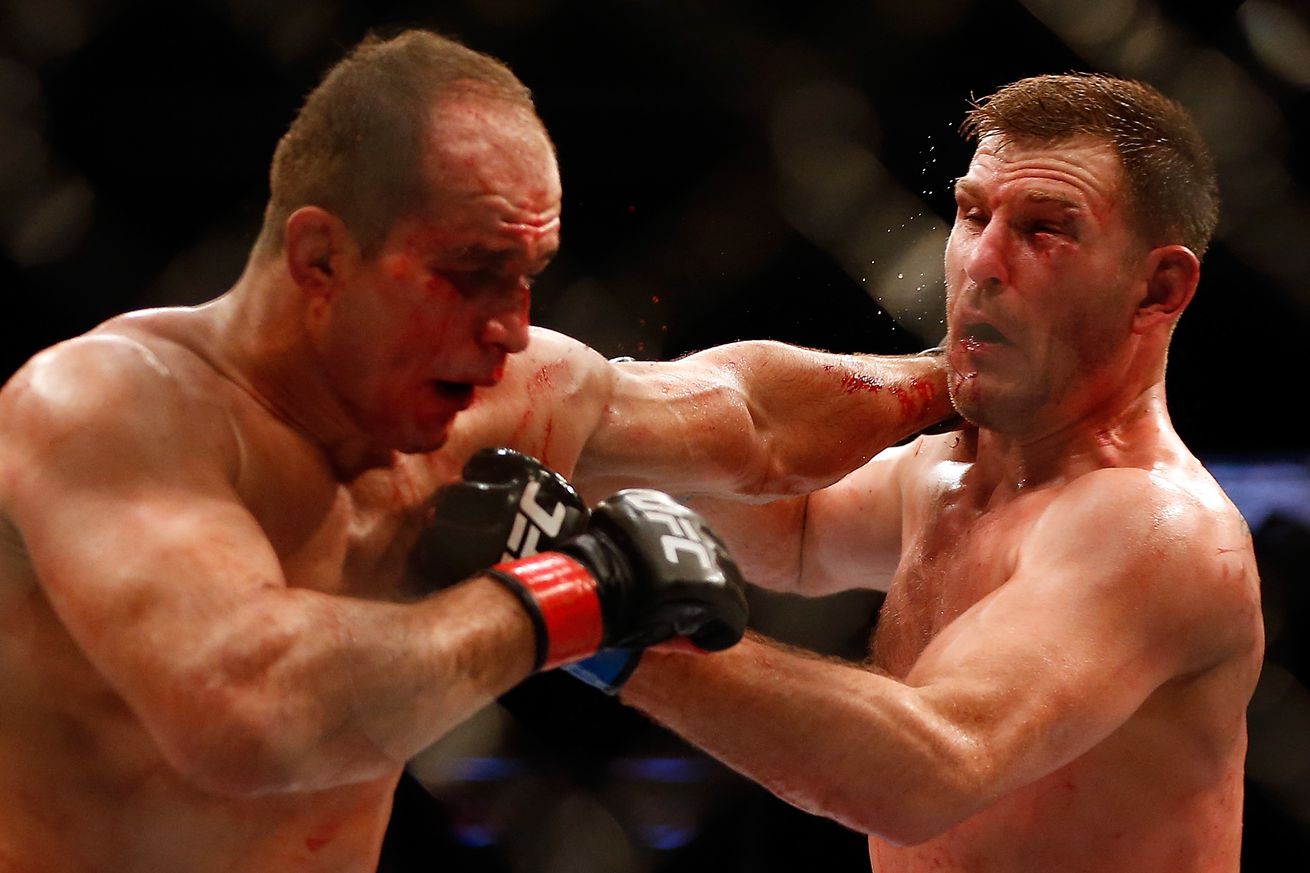 Their five-round headliner is tentatively scheduled for Sat., March 13, 2017 inside American Airlines Center in Dallas, Texas.

Miocic (16-2) dropped a razor-thin unanimous decision to Dos Santos at UFC on FOX 13 in late 2014. Undeterred, the Clevelander bounced back to capture four straight, including a knockout win over Fabricio Werdum to usurp the throne.

Dos Santos (18-4), ranked No. 4, has struggled to remain active since their first go-round thanks to recurring injuries. “Cigano” was finished by Alistair Overeem at UFC on FOX 17, but recovered by outpointing Ben Rothwell last April.

Early predictions on this heavyweight do-over?

No other bouts have been announced for the upcoming UFC 211 extravaganza, though I would expect that to change in the coming weeks, if not days.