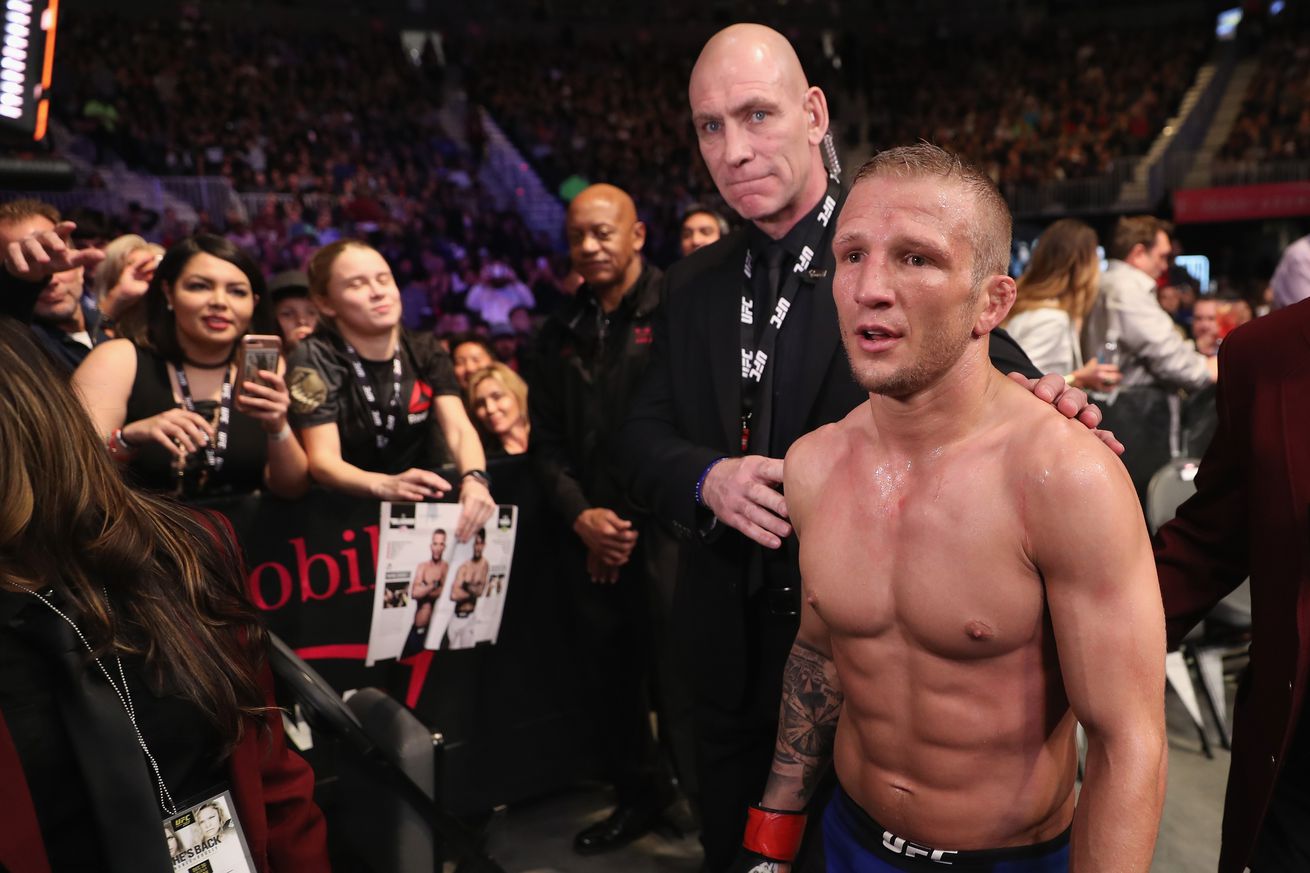 It would have made a whole lot of sense for former UFC bantamweight king T.J. Dillashaw to drop down to 125 pounds and challenge current flyweight champion Demetrious Johnson sometime this summer. Not only is Dillashaw’s main target, UFC bantamweight titleholder Cody Garbrandt, currently riding the pine, but Johnson needs a big name to truly take advantage of his upcoming attempt to break Anderson Silva’s UFC record of consecutive title defenses of 10 (Johnson tied Silva with a submission win over Wilson Reis back at UFC on FOX 24).

Unfortunately, “Mighty Mouse” is not interested in granting an immediate title shot to a divisional outsider, regardless of whether or not Dillashaw is able to make the extra 10-pound cut. Instead, Johnson has gone to bat with UFC president Dana White about his future inside of the Octagon and has continuously pushed for a matchup opposite flyweight contender Ray Borg.

Now, after all the drama surrounding the UFC’s flyweight division and its only champion ever, Dillashaw has decided to cancel his move to 125 pounds this summer and put his focus back on “No Love,” per a recent report by ESPN’s Brett Okamoto (seen below).

Per multiple sources, TJ Dillashaw is no longer on a plan to make 125 pounds by August. Sounds like his focus is back on Cody Garbrandt.

If this is true, it can’t possibly bode well for Johnson. Last month, during his public outburst about UFC’s mistreatment of his career, “Mighty Mouse” stated the following:

“After telling Dana my reasons, Dana angrily told me that I am fighting TJ, once again, with no other option or say in my career, and against the plans we had previously laid out. He went on further to say that if I didn’t take the fight against TJ, and drop Borg as the opponent, he would get rid of the entire flyweight division.

Does Dillashaw’s exit from flyweight contention really spell disaster for the entire division? Only time will tell. But it seems like Johnson is missing a prime opportunity to fight the biggest name available to him, especially when Borg is the next best option in the vastly-depleted flyweight class.

While Dillashaw’s recent success since losing his 135-pound title to Dominick Cruz last year leads us to believe his next outing will be of the championship variety, it doesn’t appear as if it will come against the pound-for-pound best fighter in the world.

As far as where this leaves Johnson heading into the second half of 2017, nobody really knows. It could mean Borg, it could mean divisional extermination. Stay tuned.