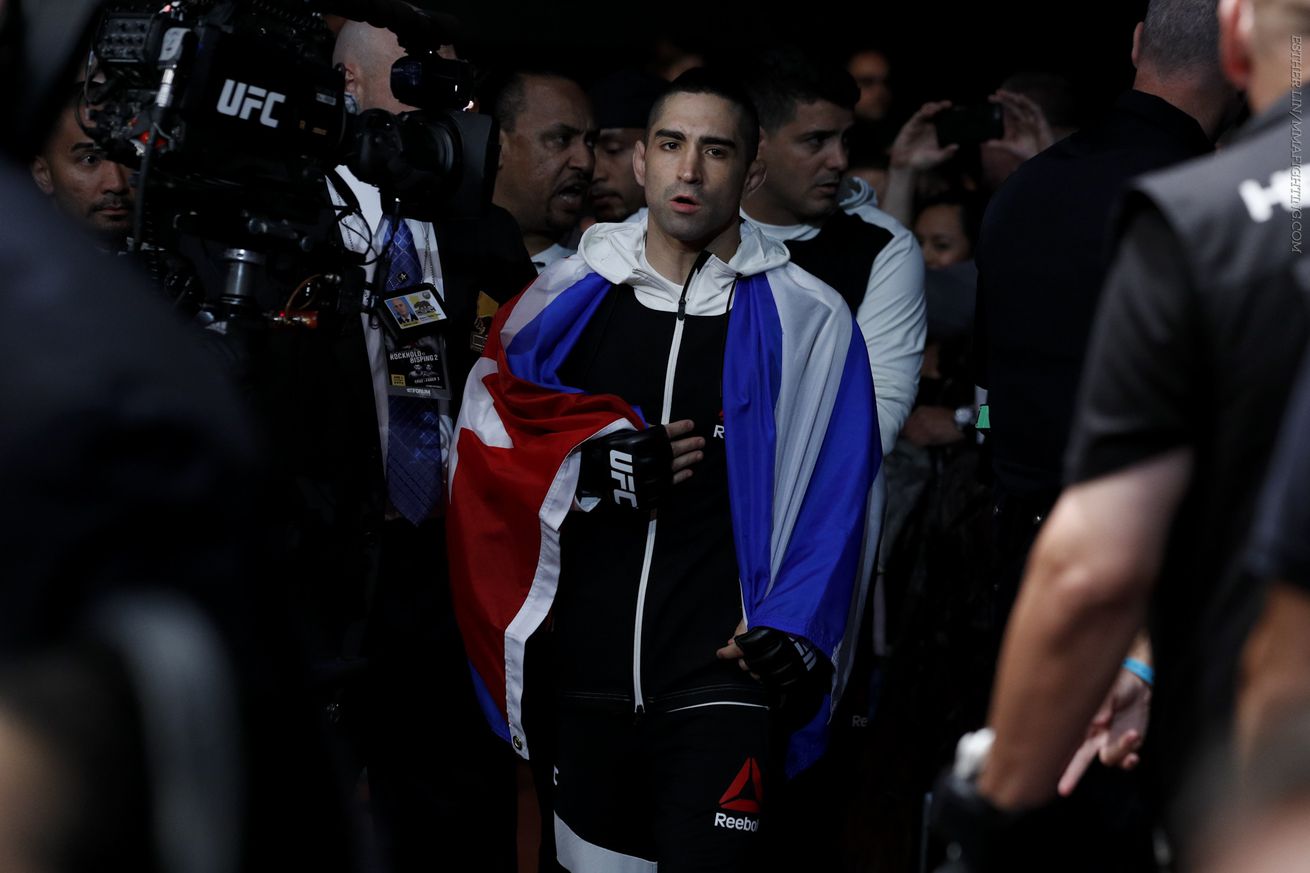 Days after getting his featherweight clash with B.J. Penn cancelled, Ricardo Lamas has a new date and opponent for his return to the Octagon. The UFC announced on Wednesday that “The Bully” will take on Charles Oliveira on Nov. 5 in Mexico City.

Lamas (16-5) looks to get back on track following a loss to Max Holloway in June. Prior to that defeat, the former UFC title contender beat veteran Diego Sanchez via decision, improving to 7-3 as a featherweight under the promotion’s banner.

Oliveira (21-6, 1 NC) was on a roll in the 145-pound division until he suffered an injury in his fight with Holloway in August 2015. He returned to action four months later, tapping Myles Jury in the first round, but lost his last bout against former lightweight champ Anthony Pettis.

“I’m really happy with this fight,” Oliveira told MMA Fighting. “I only have 25 days to prepare for it, but I’m thrilled. I’ve never fought in Mexico, but I trained for six weeks in Texas for my last fight and there are a lot of Mexicans there, and they always treated me really well – and I hope it continues this way.

“Ricardo Lamas has a big name in the UFC and it’s going to be a great fight, for sure. I hope my hands are raised in the end. I’m really happy. It’s a fight everyone wants to watch. He’s aggressive and moves forward the entire time just like me, so this fight should be decided in the details. You saw my evolution standing in my last fight, and I can’t wait for Nov. 5.”