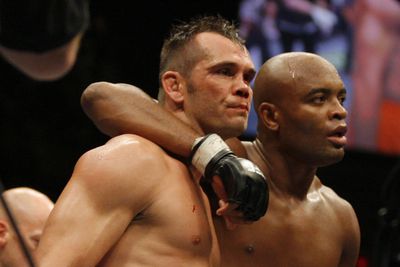 Before Anderson Silva had his bitter rivalry with Chael Sonnen, “The Spider” had a friendlier one with Rich Franklin.

Silva’s longtime reign as the Ultimate Fighting Championship (UFC) middleweight titleholder began after he brutally finished Franklin at the UFC 64 event back in 2006. A year later, he did it once again, though this time it took him two rounds.

After Silva tested positive for steroids both before and after his UFC 183 fight against Nick Diaz (details), his legacy quickly came under fire. In addition, his reputation as a legit, clean champion took an instant hit as many began to Read More