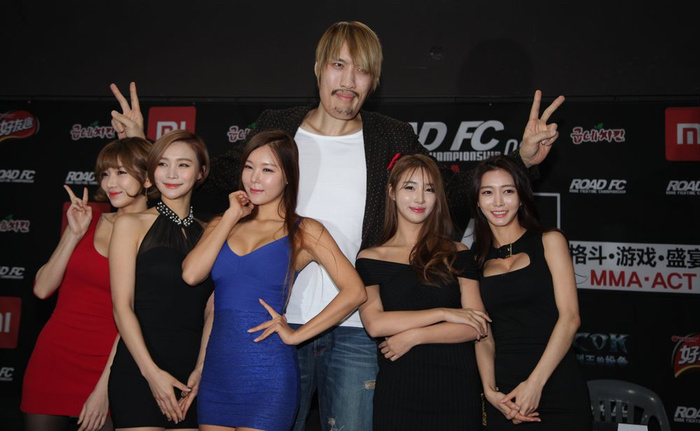 Korean MMA promotion Road FC is the latest outfit to enter the Chinese market with an event scheduled for December 26th in Shanghai. This is only the second event Road FC has put on outside of South Korea, the first was last August in Tokyo. They’ve managed to bring on several of China’s largest tech companies as sponsors including Xiaomi, Tencent, Qihoo360 and Baidu.

You may not have heard of any of these companies, but together they run a large chunk of the Chinese Internet and cell phone market and are worth more than $300 billion. Xiaomi, “China’s Apple,” is worth somewhere around $50 billion; Tencent dominates social media in China and is worth about $200 billion; Baidu is the Chinese Google and is worth about $70 billion. Qihoo360, a software company, is the smallest of the big tech sponsors with a mere $11 billion net worth.

The partnership between Road FC, the Chinese tech giants, and Korean tech company Kakao has a slogan, “New Wave MMA, Road FC,” and big plans that include more events in China for 2016. There is talk of apps and games and other business ventures, which is very interesting because when it comes to monetizing the web, few have had as much success as Tencent. The Chinese market is particularly well-suited for e-commerce and online marketing strategies and the fact that Road FC is wrapping their events up into a tech-savvy and forward thinking partnership with China’s heavy hitters bodes well for them and the Chinese fighters they sign.

An app created by Kakao and Qihoo360, promoted vigorously on Tencent’s dominant WeChat app, and hardwired into every phone Xiaomi sells will succeed. If that app is MMA-themed, or just features MMA content and advertising, then any exciting fighter involved in that venture can make a lot more ….View full article