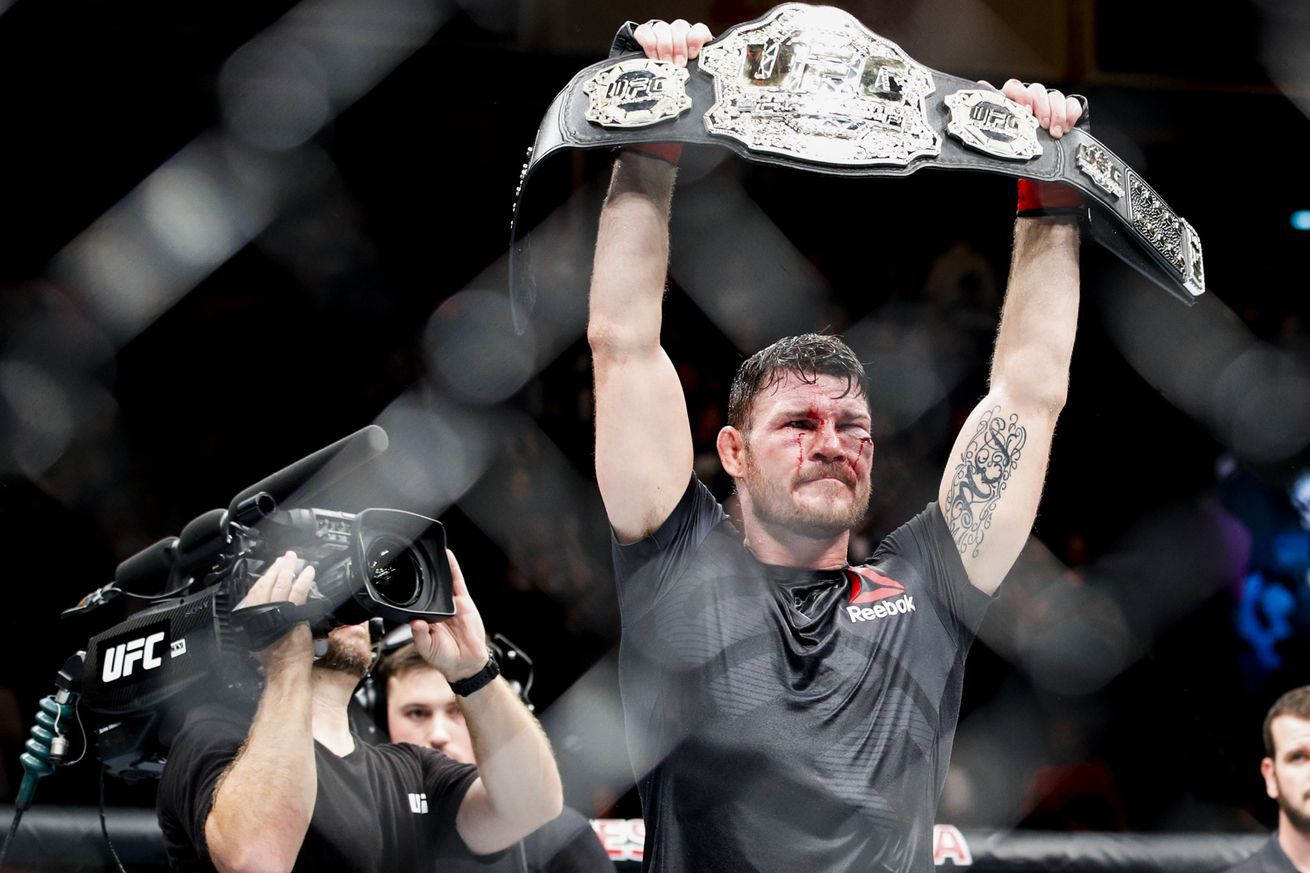 It has truly been a stellar year for current Ultimate Fighting Championship (UFC) middleweight champion Michael Bisping. Enough to earn “Fighter of the Year” bragging rights from Rolling Stone.

“The Count” got 2016 off to a bang by upsetting perhaps the greatest fighter to ever compete in mixed martial arts (MMA), Anderson Silva, at UFC Fight Night 94 in February, defeating “The Spider” by way of unanimous decision in London, England.

He followed up that performance just four months later by knocking out Luke Rockhold in the main event of UFC 199 (see it), capturing the world middleweight strap in the process. And he did it on just two weeks notice, all while in the middle of filming a box office film opposite Vin Diesel and Samuel L. Jackson.

What’s that you say? You’re not the champion until you defend the belt?

Bisping crossed that off his list, as well, as he defeated Dan Henderson in his first-ever title defense four months later in the main event of UFC 204 after five rounds of intense action (see it again here). To hear Michael tell it, that victory was the highlight of his career.

“Winning the belt was fantastic, it really was,” Bisping said. “But to do it in Manchester, winning the belt again, defending the belt, I think that tops it. That was the highlight of my career. … It was close but it’s never easy. If it was easy, everybody would do it.”

From being called “pillow fists” to being able to get over the hump to win “the big fight,” Bisping has silenced all the critics by proving he can knock people out and he can win the biggest prize of them all, a world championship bout. On top of that, he defended it and got some sweet revenge on a man who posterized him years ago.

While it’s been a great year for “The Count,” he looks to start 2017 off the same way, as he is expected to defend his 185-pound title against Yoel Romero in early spring. Should “The Count” lose… well, we hope you enjoyed the ride because that could be it for the brash Brit.

“You can’t fight forever,” Bisping says. “I’ve been doing this for a long, long time. I’ll probably keep going until I lose the belt then just say, ‘Fuck it. Cheers.'”

When you mention retirement on more than one occasion, you know the end is near.