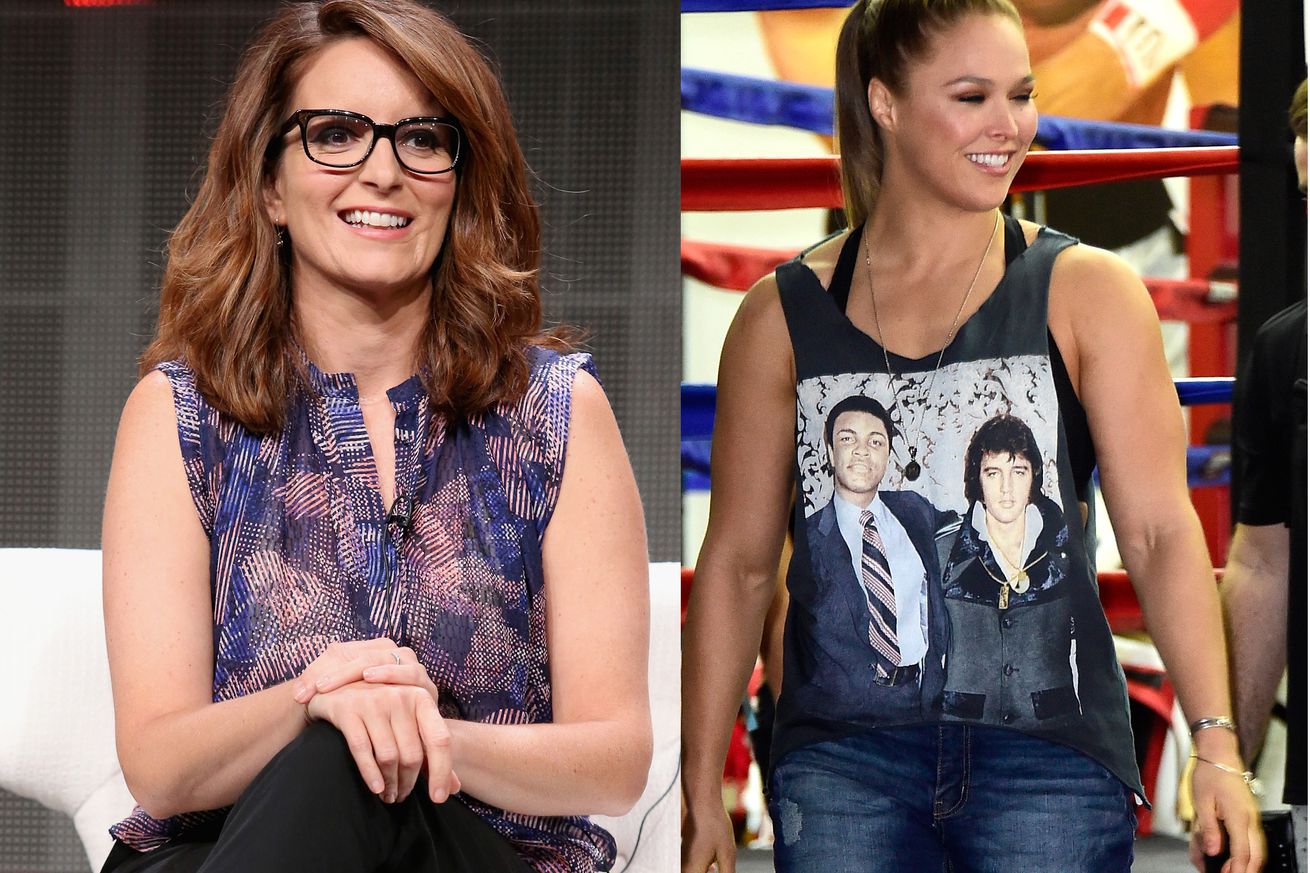 Ronda Rousey is a Do Nothing Bitch. Well, on the big screen anyway.

She may have had her share of setbacks to end 2015 but despite it all Ronda Rousey is still a massive star with drawing power.

According to Deadline Hollywood, Universal Pictures will develop a film called Do Nothing Bitches in which Tina Fey is set to star alongside Rousey:

The logline is being kept under wraps but I hear it is a female-empowerment tale dealing with wealthy pampered wives who get a rude awakening at a camp where Rousey plays the no-nonsense instructor. You can get a sense of her attitude about this, as the concept for the film originated from an interview Rousey gave this summer about female self-worth that has generated more than 3 million hits on YouTube. She sold 57,000 T-shirts with the phrase.

Like so many pop culture phrases the slogan came along quite by accident while filming an episode of “UFC Embedded”.

The writer of Do Nothing Bitches, Paula Pell, also penned “Sisters” starring former Saturday Night Live (SNL) actresses Fey and Amy Poehler, grossing $85.5 million at the box office worldwide. Universal is banking on the solid comedy writing of Pell, the acting of Fey and the drawing power of Rousey’s name.

Rousey, who hosts SNL on Jan. 23, has been staying somewhat away from the spotlight since suffering her first career MMA loss in November of 2015.