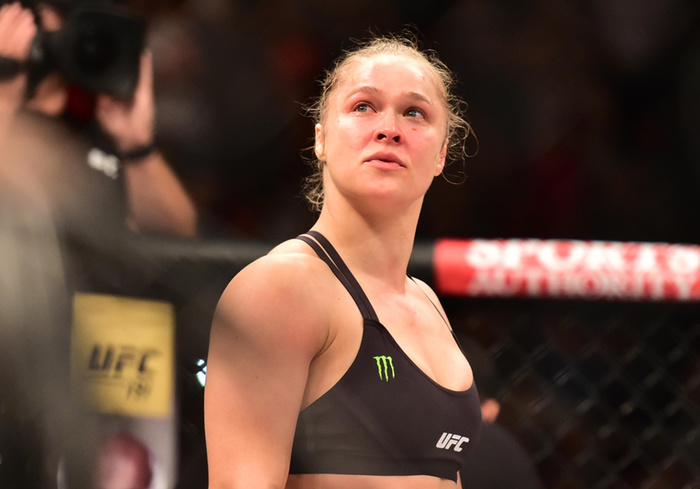 Maybe it was just the hater inside of us that was hoping Ronda Rousey would never fight again. The thought of the “queen” of mixed martial arts disappearing from the sport after getting head-kicked into oblivion by Holly Holm seemed more entertaining than seeing her return—especially after all this time.

It’s been 331 days since that fateful night, when the then-undefeated Judoka got her first taste of real adversity in the Octagon. And since then, everyone, even those who don’t consider themselves fans of MMA, wondered when (and if) she would take another fight.

Everyone seemed to be in agreement that she should get back on the horse, but considering her “fuck them all” attitude, would she ever get around to trying?

Will she leave that awful coach of hers? Will she get back to her winning ways? If she losses, will she retire? If she wins, will she fight Holly again? So. Many. Questions.

Amanda Nunes Is Dead-Set on a Fight with Ronda Rousey, and She Might Just Get It

A Brutally Honest Look at Cyborg vs Rousey

The Rousey Delirium: Remembering the Victims, One Year On