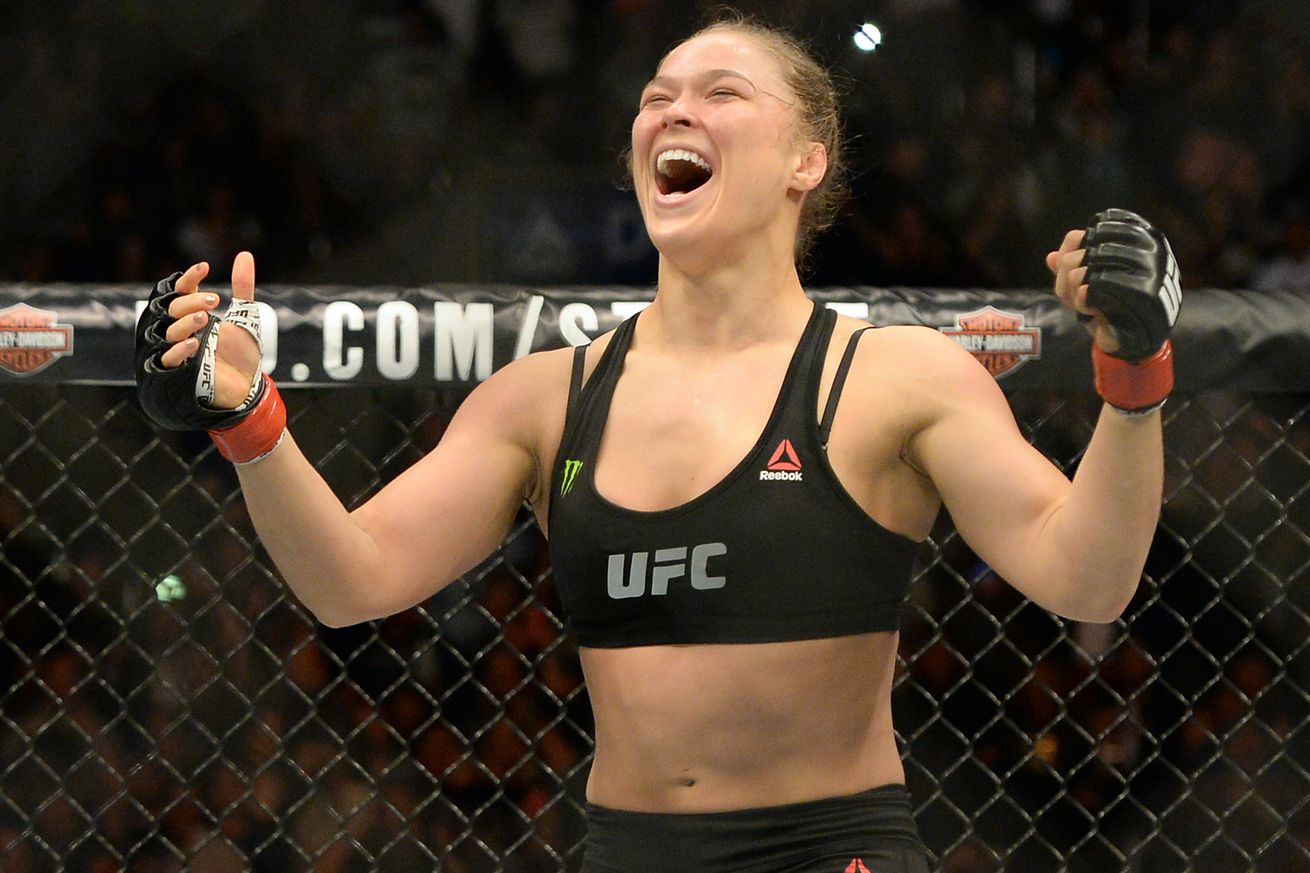 Doesn’t have quite the same zip as Ronda Rousey, but that doesn’t appear to be an issue since the former Ultimate Fighting Championship (UFC) women’s bantamweight champion is not engaged to boyfriend Travis Browne and will not be tying the knot anytime soon.

That’s according to a report from Entertainment Tonight, who recently spoke to a representative inside the Rousey camp.

This is important, so please stick with me.

Rousey caused quite a stir when she hosted Saturday Night Live last weekend (watch her performance here) after people with nothing better to do (like me) zoomed in on her ring finger, which not coincidentally, was sporting a giant rock. That led to this ugly reaction from “Hapa’s” ex-lover.

“She was just trying on jewelry,” according to her rep.

While Rousey continues her comeback tour, which does not include mixed martial arts (MMA) competition, Holly Holm will defend her title — usurped from Rousey last November — at the upcoming UFC 197 pay-per-view (PPV) event this March in Las Vegas, Nevada, against longtime title contender Miesha Tate.