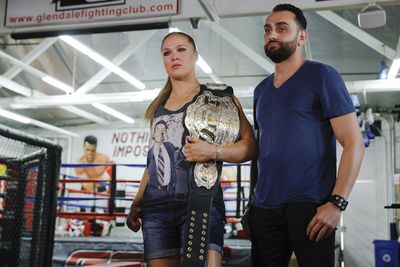 Many fighters and coaches have voiced their opinions on what Ronda Rousey should do following the first loss of her mixed martial arts career, and she finally announced her decision.

Almost a month after her stunning knockout loss to Holly Holm in Australia, Rousey will continue to train with her longtime coach Edmond Tarverdyan when she decides to return to the Octagon, despite all the hate between her mother and Tarverdyan.

“Of course I’m staying (with Tarverdyan),” Rousey told ESPN. “That’s my mom’s opinion, not mine.”

Prior to UFC 193, Rousey’s mother AnnMaria DeMars called Edmond Tarverdyan “a terrible coach”, saying she “would run over him with my car if there wasn’t a law against it.”

“I told Ronda I am not going to go because I love you more than winning,” she says in the report. “I did not think she was in the right place, and I couldn’t pretend any longer that I thought she was.”

Rousey plans to return to action, saying she needs to come back and “beat this chick.”