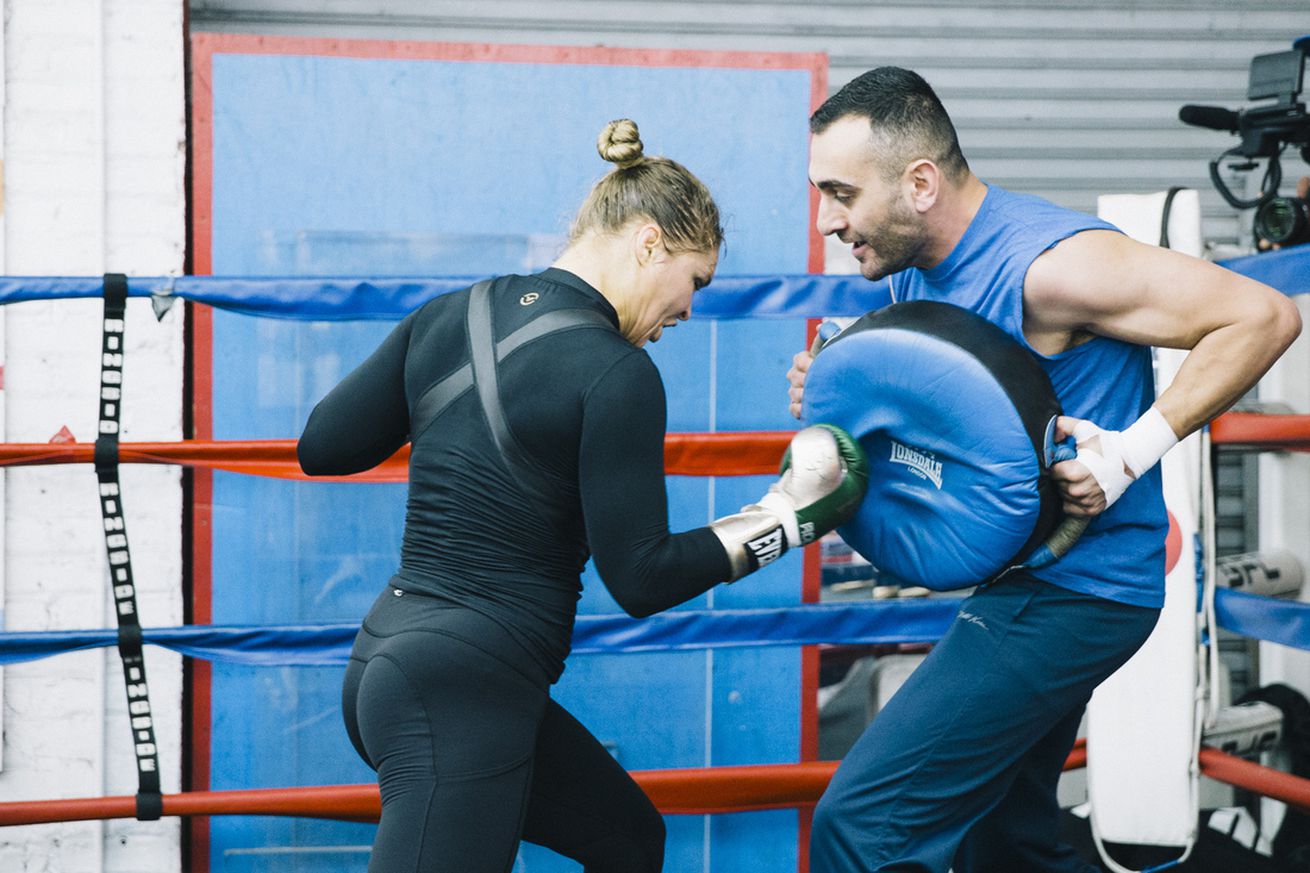 Ronda Rousey lost her women’s bantamweight title when she got knocked out by Holly Holm at the UFC 193 pay-per-view (PPV) event last November in Australia. During the fight, “Rowdy” was unable to ground her opponent and as a result, was forced to play the stand-up game.

Probably not the best idea when faced with a former boxing champion.

Nevertheless, Rousey lumbered forward and tried to land a one-hitter quitter, while “The Preacher’s Daughter” kept her distance and beak-busted the Olympian with precision counter-punching. After the fight, coach Edmond Tarverdyan still wasn’t convinced Holm was the better striker (read those comments here).

“I predicted it in advance. Ronda trained with an idiot. She trained with an idiot and a fraud. I would be shocked to find out that guy has any record at all. As far as I know, I saw him fight once and he fought somebody that had a record of like 6-20 and won on a split decision. The guy is a fraud. Ronda has a lot of talent. She came into that gym with a very strong background of training at the Olympic level and it carried her a long way. She needs to get away from some egomaniac fraud and be herself. Ronda as herself can beat anybody on the planet. I’m sad about it but you become an adult and make decisions. Sometimes you make mistakes and hopefully you learn from them. The difference between me and these other fighters’ moms is that I actually was a world champion,” said De Mars. “I didn’t just make it up and put it on my website. I actually really did compete for 14 years. So ….View full article