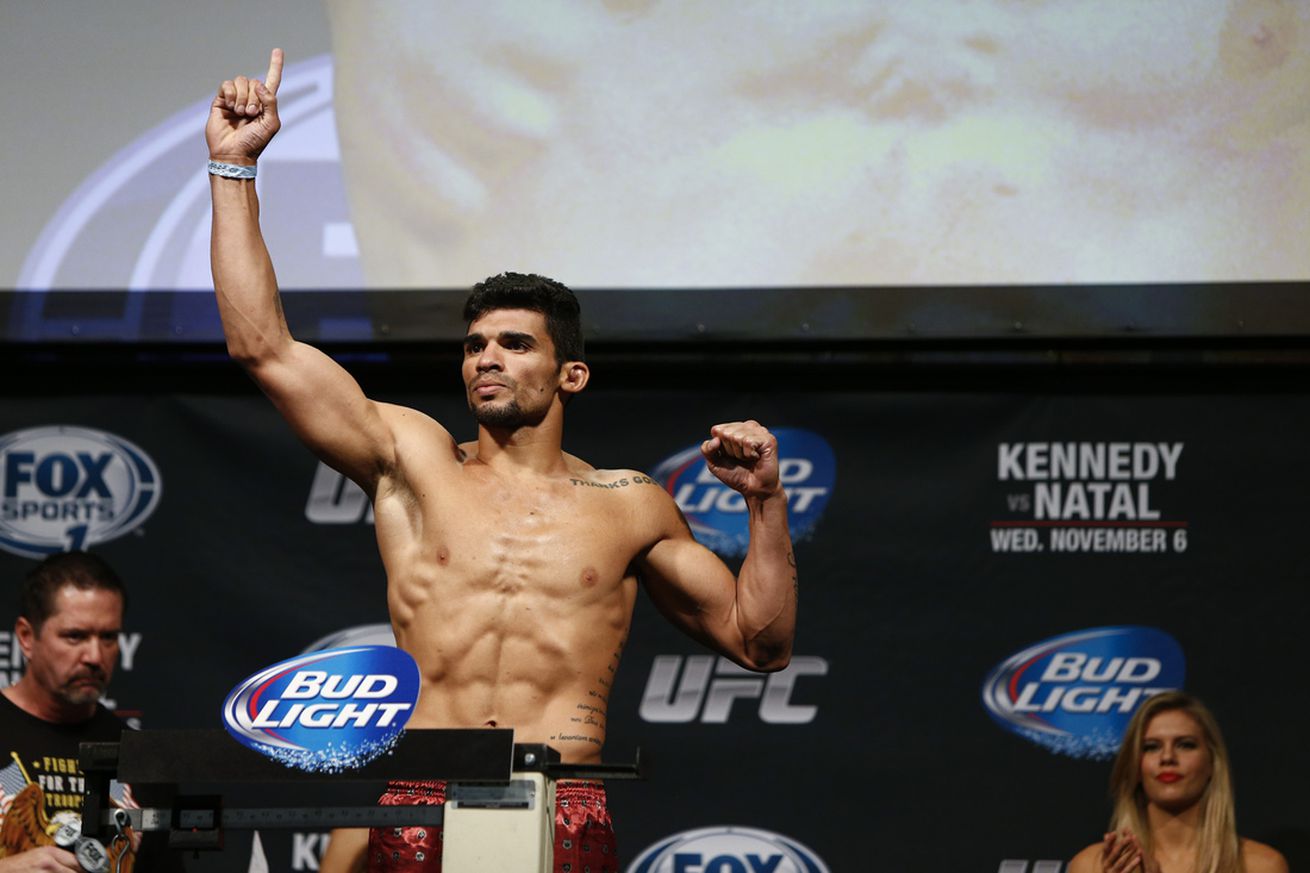 Professional Fighters League makes its debut Friday night in Daytona, Fla., and it’s like a fresh restart for Ronny Markes.

PFL was founded by Washington D.C. businessmen Donn Davis, Russ Ramsey, and Mark Leschly, who purchased World Series of Fighting earlier this year. Markes, a UFC veteran who had issues with the WSOF brass in the past, is happy to be back in their cage now with a new executive team backstage.

Confident in a more professional future for the sport with PFL, Markes returns to action shortly after a “crazy” experience in Sochi, Russian, where he fought for M-1 Global.

“I tried to forget what happened, it’s in the past,” Markes told MMA Fighting, “but it was f*cked up what happened.”

Markes took on former M-1 Global light heavyweight champion Viktor Nemkov in the main event of M-1 Challenge 77 on May 19, and lost via first-round submission.

“The guy caught me and submitted me, but he would never have finished me if we were fighting in a cage,” he said. “I had one hook behind his leg and was going for a takedown when he leaned his body outside the ring through the ropes and put his elbow over the rope. I was pissed off.

“I was upset because the referee told me before the fight that I couldn’t put a single hand outside the ring, and he does that? The referee said afterwards that he couldn’t see it during the fight. I’ll never fight in a ring again in my life, especially at M-1. They do events for Russian fighters to win.”

And that’s not the only reason why he won’t compete for that promotion anymore.

“I saw crazy things there, man,” Markes said. “I saw fighters using drugs a day before the fight, holding steroid ampoules… I understand now why they say Russians are so strong [laughs].

“I was surprised. It’s crazy over there. I took this fight because (Nemkov) is tough, he could be in the UFC, so I wanted to test myself. I’ll focus on my next fight now.”

With the loss in the rear-view mirror, Markes now focuses on a positive future with PFL. Ready to put on a good performance Friday night against Smealinho Rama, a former WSOF heavyweight champion, the Brazilian also aims the promotion’s million-dollar tournament planned for 2018.

“That excites me,” he continued. “It’s the possibility of making life-changing money. Become champion and make a million dollars… When do you make that kind of money in the UFC? There are guys defending belts in the UFC that don’t make that. It’s a good opportunity. The promotion is growing and showing that there’s life outside the UFC and Bellator.”

To get past Rama, who enters the bout coming off a second-round win over Jake Heun in his light heavyweight debut, Markes had an important help in his camp in Portland.

“I trained with Steve Forbes, who fought Oscar de la Hoya,” the Brazilian said. “Rama has a good boxing, that’s his best weapon, so I worked hard on that. If he gives me an opening, I’ll take him down and do my game, stay on top and try to catch him.”