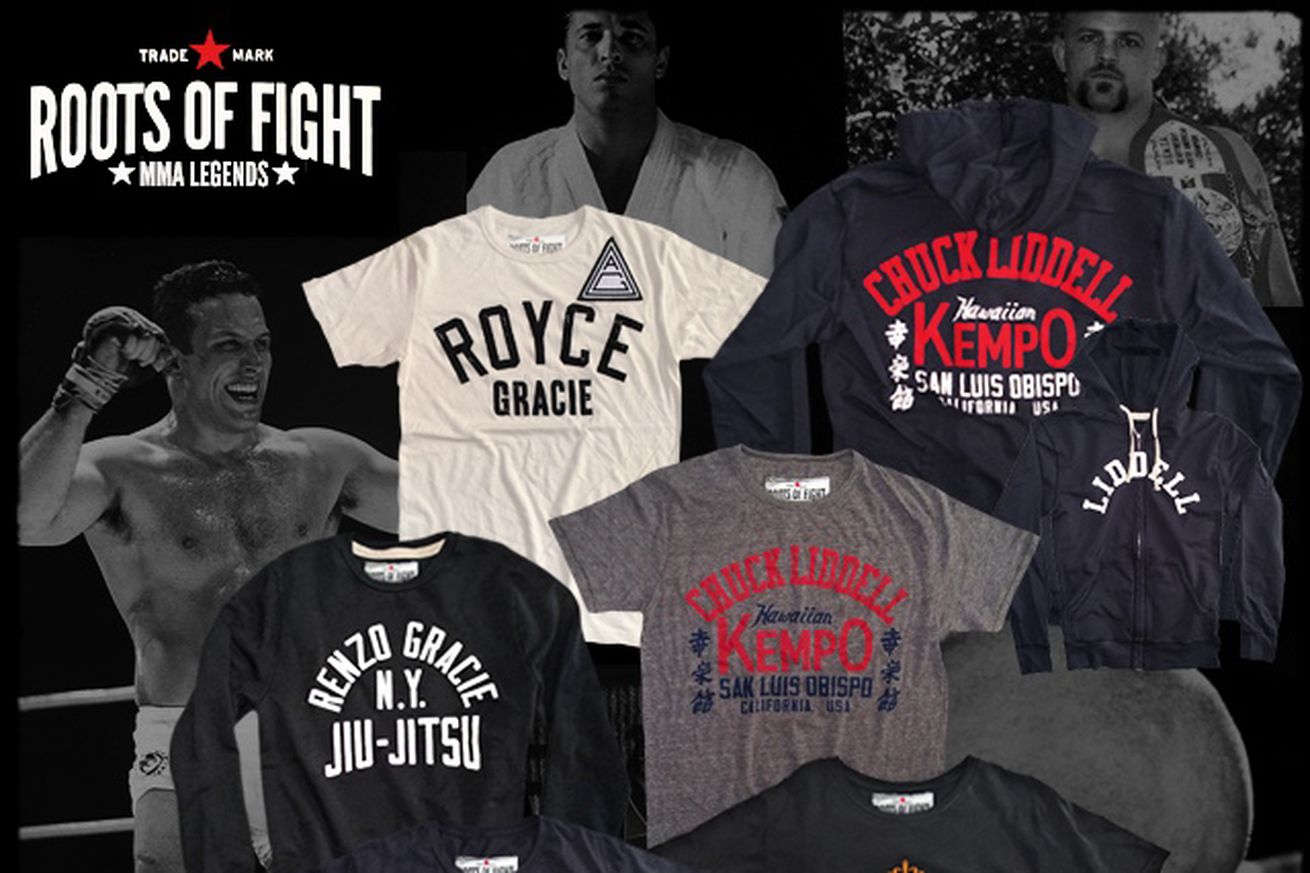 I don’t like to write about products I don’t get paid for (take note, Fleshlight), but sometimes you come across something amazing and just want to shout it from the digital rooftops.

I hitched my caboose to that train back in 2012 after picking up the classic TYSON tee at a mixed martial arts (MMA) convention in New York. It was nice way to represent the art of fighting without looking like a douchebag.

In case you haven’t stepped foot inside a gym in recent years, I can assure you, we are not in short supply.

Let’s face it, it’s hard to wear fight gear and not look like a dudebro. That’s why Roots of Fight keeps its designs clean while paying homage to some of the all-time greats. If you’re looking for fiery skulls or some tough-guy catchphrase, look somewhere else.

The Roots of Fight gear, particularly the MMA Legends Collection, speaks for itself:

Also joining the MMA Legends Collection is former King of Pancrase, Bas Rutten, as well as jiu-jitsu pioneers Royce and Renzo Gracie. You can check out their line up, as well ….View full article