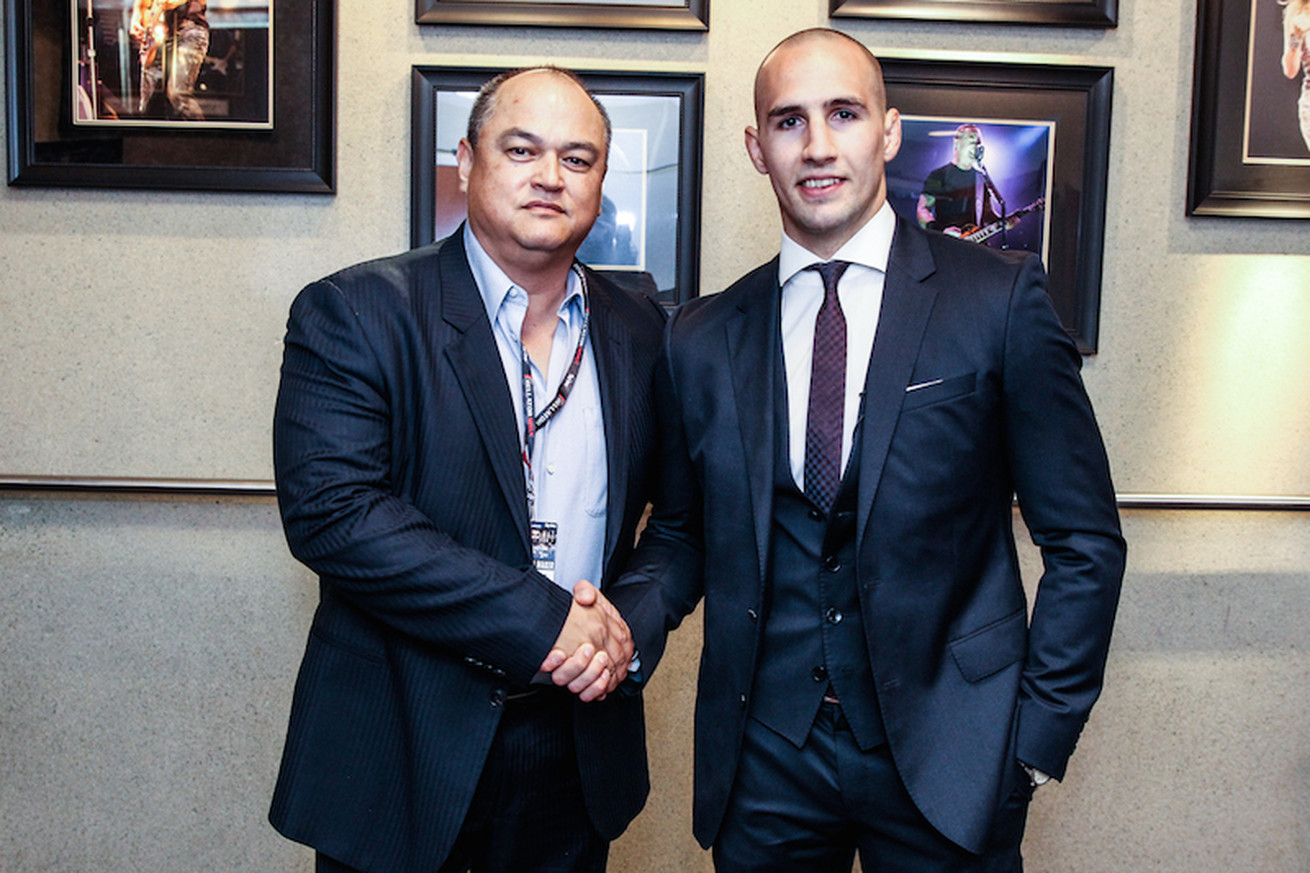 Rory MacDonald wasn’t the first high-profile free agent to leave the ranks of the UFC for Bellator MMA, though he may have been the biggest. MacDonald joined the likes Benson Henderson, Phil Davis, and several others when he inked a six-fight deal with Bellator this past week, becoming the latest example in the growing trend of fighters gambling on themselves and testing their value on the open market, rather than re-signing for a contract that may be below their worth.

“Everybody’s got a unique situation and I think they have to analyze their own. For me, in the position I was in, it was the smart move,” MacDonald said Monday on The MMA Hour. I can’t say that for everybody. Everybody is in different stages of their career, so build their brand, make a name for yourself, have good fights, put good performances on, then maybe test it out.

“I think also the tide is turning a little bit,” MacDonald added. “People are more aware (about free agency). They see the opportunity, where there was no opportunity before.”

MacDonald, 27, appears to be right. This year, more than any before, has seen a multitude of fighters elect to fight out the life of their UFC contracts and test free agency. Just this month alone, Lorenz Larkin and Donald Cerrone made waves when both proclaimed that UFC 202 marked the final fight of their UFC deal. Cerrone ultimately ended up being mistaken and re-signed with the UFC anyway, however Larkin picked up the biggest win of his mixed martial arts career with a first-round finish of Neil Magny and has now put himself in prime position for a raise, whether from the UFC or Bellator or elsewhere.

And while MacDonald entered free agency on a two-fight losing ….View full article