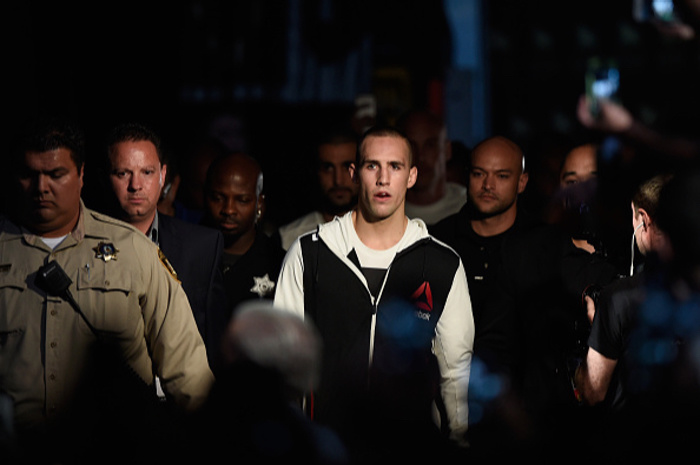 Before his last fight against Stephen Thompson, Rory MacDonald was ranked #2 in his division. Returning to action after almost a year off, the young Canadian lost what has turned out to be the last fight on his UFC contract.

Rory is undoubtedly one of the best fighters ever at welterweight—with wins over guys like Nate Diaz, Demian Maia, and Tyron Woodley. The recent loss to Thompson was his second loss in a row (previously losing in glorious fashion to Robbie Lawler) but by no means was it indicator that the 27-year-old was losing his touch.

In the months since he last stepped into the Octagon, many speculated that the now free agent would successfully negotiate another contract with the UFC, but according to a report by FloCombat, Rory has parted ways with his longtime promotional home—presumably for more money—and signed with Bellator MMA.

Although no official statement has been released by the UFC, MacDonald has been removed from its official rankings website.

It’s a big move for a kid who has essentially grown up in the UFC’s Octagon, spending six year’s developing his skills against the best the company had to offer, but it’s definitely not the end of his martial arts journey. Let’s just hope and pray that Scott Coker takes the acquisition seriously and doesn’t match him up with someone ridiculous.

Weighing the Options of Rory MacDonald