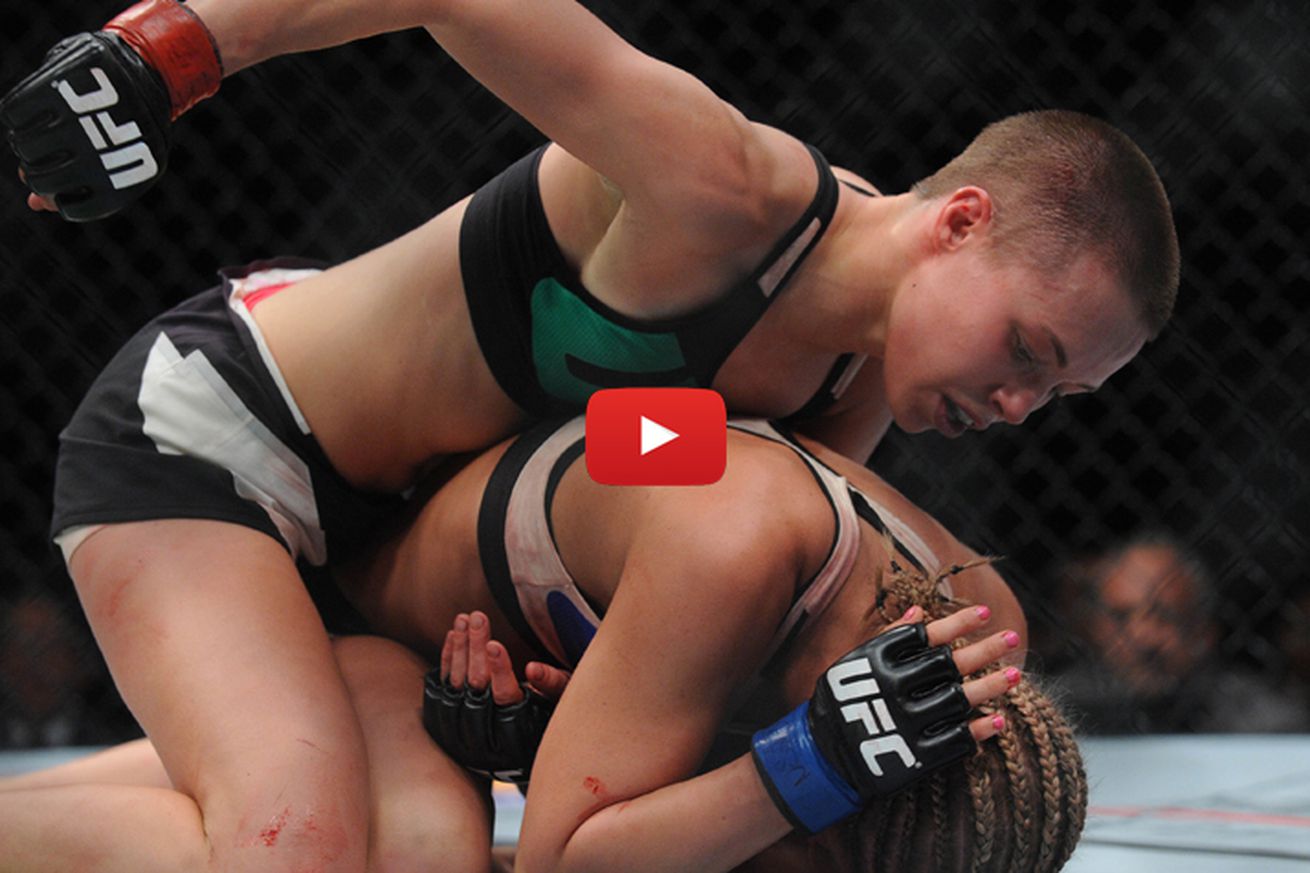 Namajunas (5-2) — still only 23 — shook off a UFC debut loss at The Ultimate Fighter (TUF) 20 Finale to string together three consecutive wins, two of them by way of submission. Handing Tecia Torres her first defeat at UFC on FOX 19 landed “Thug” at No. 3 in the division rankings.

Just two spots ahead of Kowalkiewicz (9-0).

The undefeated Pole made a name for herself under the KSW banner overseas, and also had a brief pit stop in Invicta before making her ZUFFA debut last December. She’s already 2-0 for UFC with back-to-back wins over Randa Markos and Heather Clark.

Check out their fight video preview embedded above.

MMAmania.com will deliver LIVE round-by-round, blow-by-blow coverage of the entire UFC 201 fight card TONIGHT (click here), starting with the Fight Pass “Prelims” matches online, which are scheduled to begin at 6 p.m. ET, and then the remaining undercard balance on FOX Sports 2 at 8 p.m. ET, before the PPV main card start time at 10 p.m. ET.

To see who else is fighting at tonight’s UFC 201 extravaganza click here.