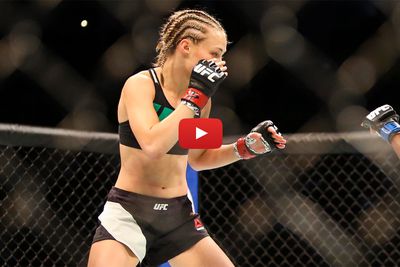 This is one of those rare instances when a pre-fight injury actually improved a main event.

Top-ranked strawweight Paige VanZant, who was originally expected to face off against Joanne Calderwood, will now throw hands against her most dangerous opponent to date in the form of The Ultimate Fighter (TUF) 20 finalist Rose Namajunas.

To see who else is fighting at UFC Fight Night 80 check out ….View original article