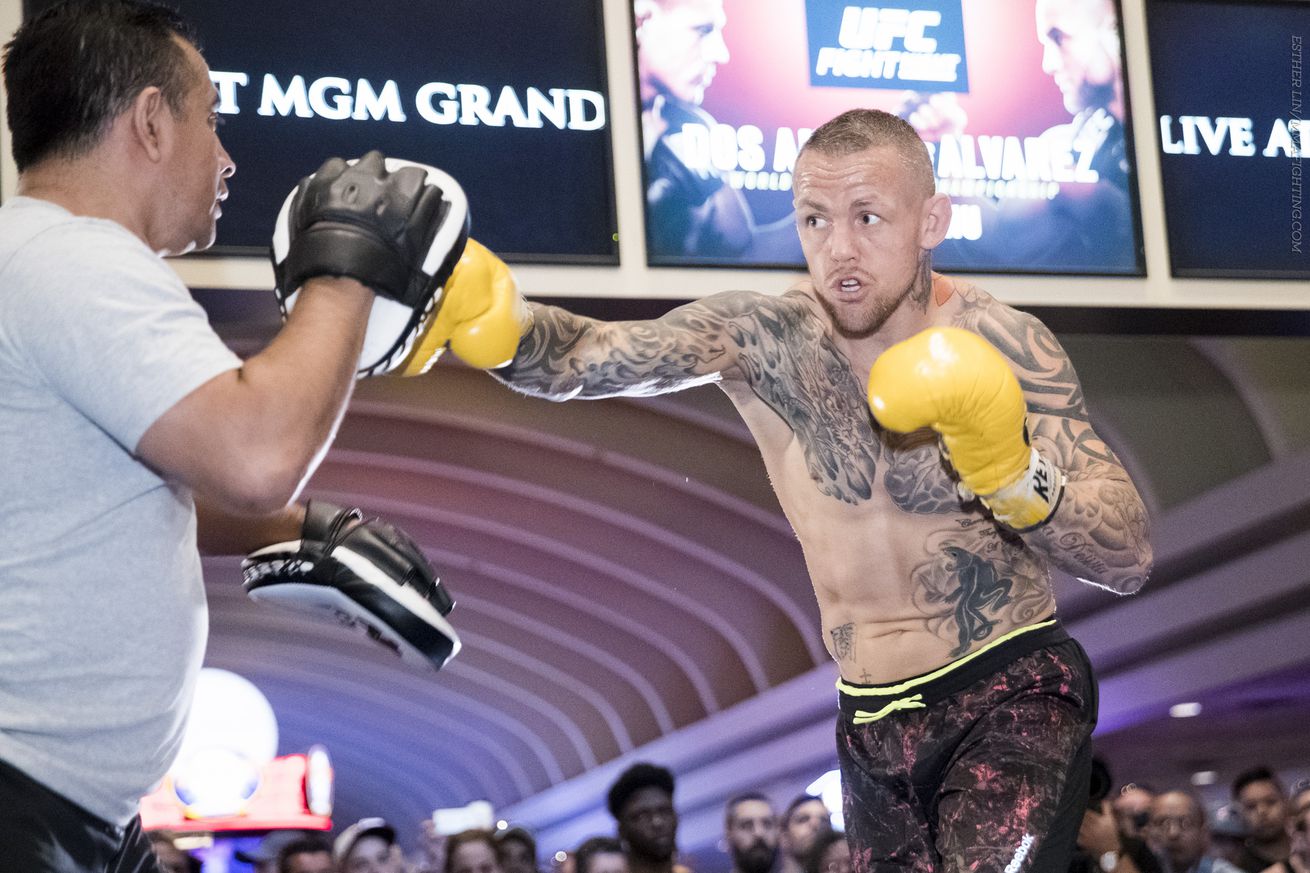 LAS VEGAS — Ross Pearson’s weight cut to 145 pounds was so oppressive, it has resulted in long-term health issues.

The UFC veteran revealed his kidney and digestive struggles Tuesday after his open workout for media and fans. Pearson moved back up to 155 pounds back in 2012, but still didn’t feel at full strength at that weight after making the cut to featherweight twice.

“I’ve had some kidney problems in the past,” Pearson said. “Kidneys is one and my digestive system. Cutting to 145 messed us up. That was the root of all evil with my digestive system, my stomach, my kidneys. I had to take some time out and think about what I was doing. I just knew every time I fought at 155, yes the weight cut was easy, but I didn’t feel like me still. There was something not right. I really feel like cutting too much weight and trying too hard to do that stupid weight cut, it really messed us up long term.”

Pearson (19-10, 1 NC), who meets Will Brooks at UFC Fight Night: dos Anjos vs. Alvarez on Thursday night at MGM Grand Garden Arena, said that he would advise younger fighters to think long and hard about extreme weight cuts.

“I’ve paid the price for that,” he said. “It was my decision to go down there, to try it out and do it. I was stupid enough to do it. I feel better at 155. Future life, when I have my own fight team, I’ll be correcting them from my mistakes, what I did wrong.”

The topic of weight-cutting by means of severe dehydration has been one of the hottest topics in MMA. An earlier weigh-in has been all the rage and fighters will hit the scale in the morning for all three events ….View full article