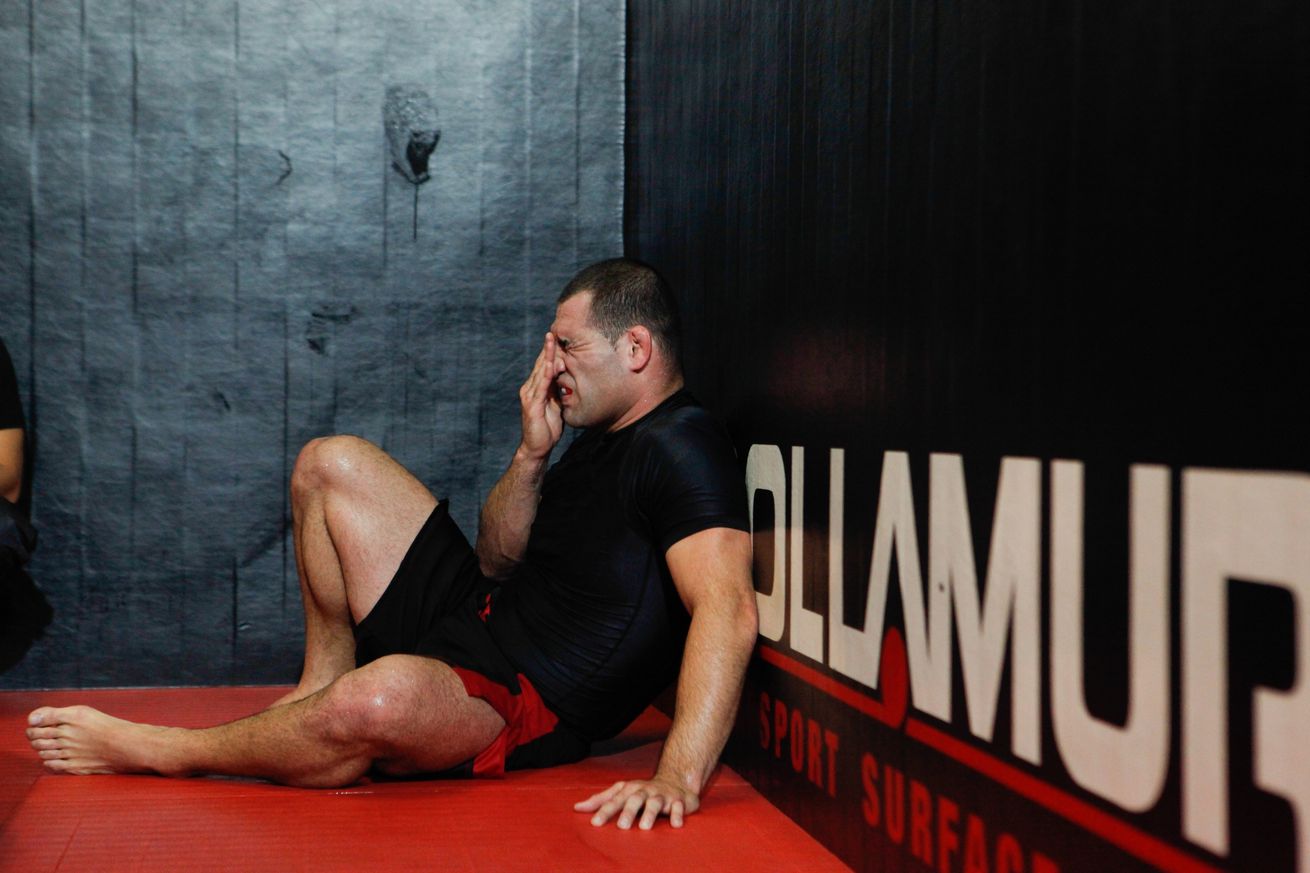 Ultimate Fighting Championship (UFC) heavyweight contender Ben Rothwell knows the clock is ticking on his combat sports career, which is why the 35-year-old bruiser is in a big hurry to avenge a few key losses from face-punching days gone by.

Including his technical knockout loss to Cain Velasquez at UFC 104.

Unfortunately for “Big” Ben, Velasquez has squandered some of the best years of his prime battling recurring injuries. In fact, it’s gotten to the point where athletic commissions have to think twice about licensing him to fight.

“I don’t want him to leave because that’s a guy I’ve always thought I’d cross paths with again. He’s a big name and I’ve never got to fight any of the guys that I’ve lost to. I’ve had ten losses and I’ve never been able to get one of those back. Cain and Junior [Dos Santos] are two guys ranked in front that I’ve lost to and the two guys I could make that up with, it’s one of them. If I only could fight one of them I think it would have to be Cain because that one really pisses me off. It pissed me off what he did with the title, where he sat on it for a couple years and really messed up the heavyweight division. I think he learned how to milk it. For him and his family and his finances, it was great for him, but it screwed everything up for the rest of us. I like guys that step up and stay active and give people their shot at the belt. Just because we’ve seen champions in other divisions do as such, they kind of set the bar and I feel like he should hold himself to that standard.”

Velasquez has endured eight surgeries (including this one) since his UFC debut in early 2008.

Rothwell (36-10), meanwhile, lost some of his forward momentum after Junior dos Santos outstruck him at UFC Fight Night 86 back in April. Fortunately for the IFL import, he still sits at No. 5 in the official rankings and could be one or two big wins away from a 265-pound title shot.

Whether or not he has to go through Velasquez to get it, remains to be seen.