Home MMA News Roy Nelson: Jared Rosholt is ‘not a fighter, and tonight I think I showed that’
ShareTweet 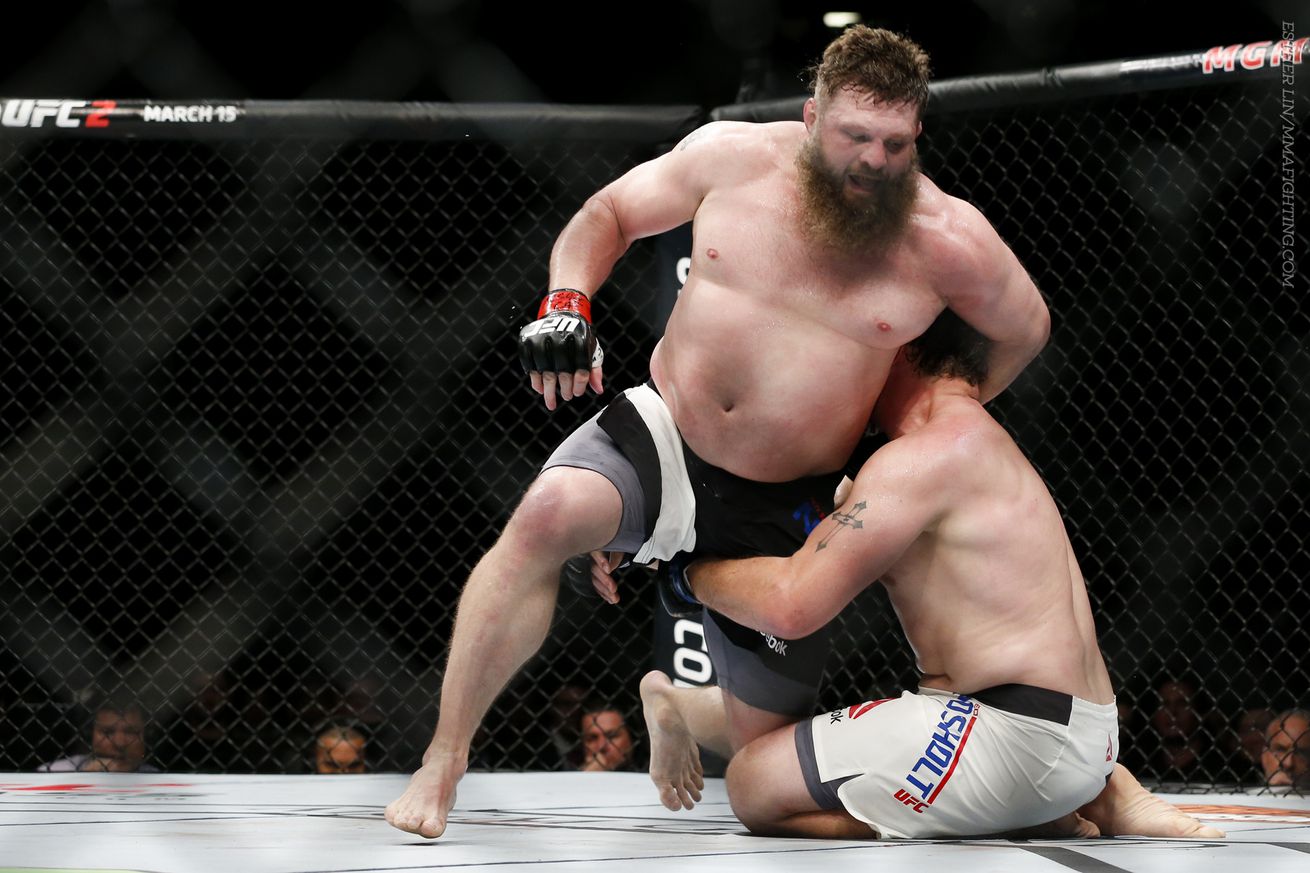 Roy Nelson picked up the win he needed at UFC Fight Night 82, though he wasn’t particularly happy about it.

Nelson outworked Jared Rosholt to capture a unanimous decision and snap a three-fight losing streak on Saturday night, however the bout was a sluggish affair with sparse action between the two heavyweights. And afterward, Nelson couldn’t help but vent his frustration toward his opponent.

“I worked so hard on this camp. I wanted to, just, reignite the fans,” Nelson said Saturday in a post-fight interview with the UFC. “I know I try to give the fans exactly what they (want). An explosion, a fun fight to watch. It’s just, I didn’t think he was going to run the whole time. I mean, Jared is a great athlete, but he’s not a fighter. And tonight I think I showed that to the UFC world, that he’s a great athlete, but man, when you’ve got a fight, you have to fight.”

Nelson (21-12) has long been known as a fan-friendly fighter with a penchant for getting sucked into brawls, but the song was not the same against Rosholt. The two heavyweights landed just 78 strikes of combined offense throughout the three-round fight, as Nelson pursued the former three-time All-American and Rosholt offered little in return but to retreat, circle, and reset.

All three judges ultimately gave Nelson the win for his cage control and willingness to engage, but several long stretches of inaction left the Las Vegas crowd and Nelson wanting more from a fight that was elevated to co-main event status once both UFC heavyweight champion Fabricio Werdum and Cain Velasquez withdrew from the card.

“This camp was like an evolution of my game,” Nelson said. “I started doing jiu-jitsu again. If you probably go back and look at my ….View full article