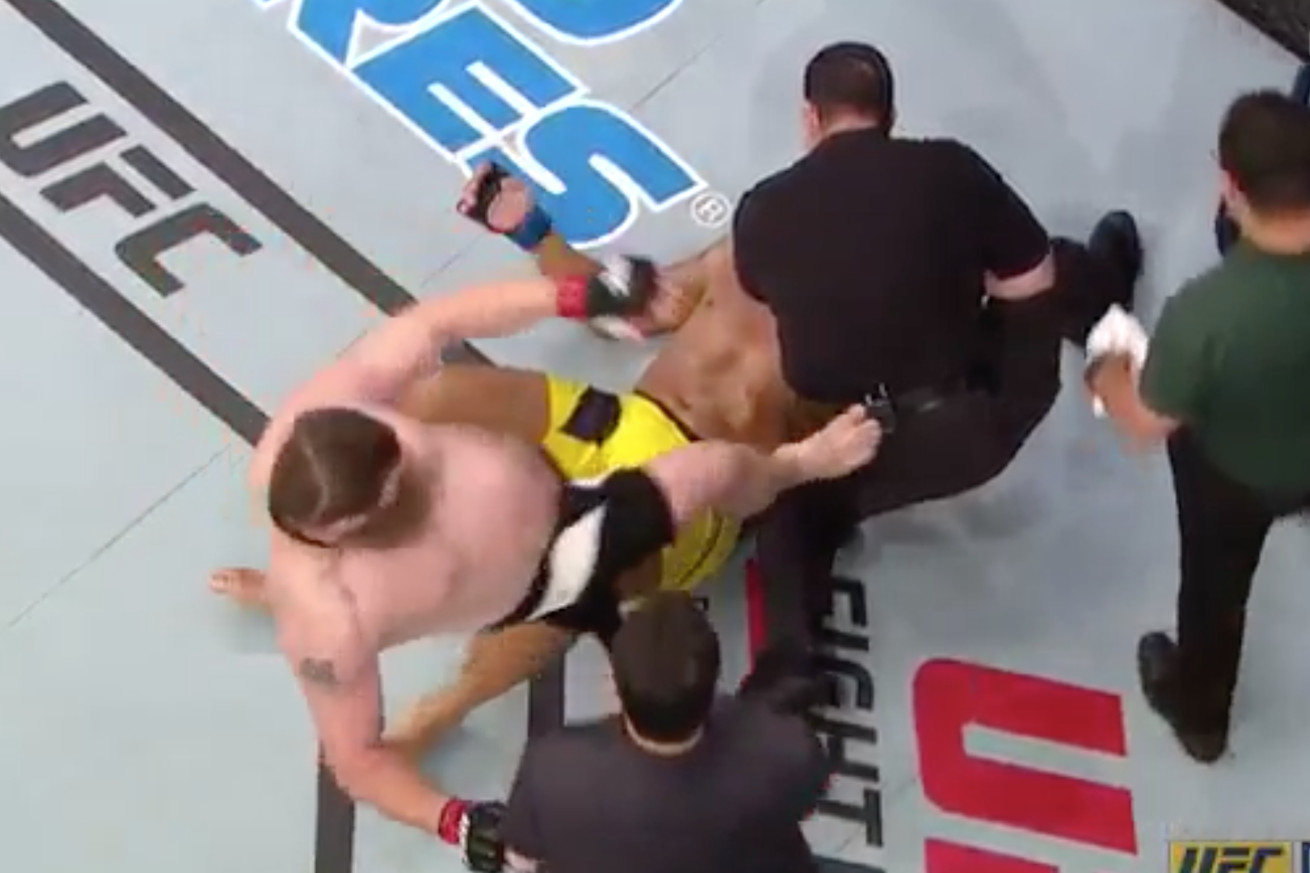 Nelson kicked McCarthy in the butt and then proceeded to flip him in the bird in apparent disapproval of McCarthy’s perceived late stoppage of the fight.

During the fight, Nelson clipped Silva with a vicious uppercut, sending him straight to the canvas. He then followed up with a few punches to the downed “Bigfoot,” who looked unconscious and wasn’t intelligently defending himself. Nelson voluntarily stopped winging punches from the punch, then McCarthy waved the fight off.

Below are videos of McCarthy’s stoppage of the fight and Nelson’s kick to McCarthy’s back.