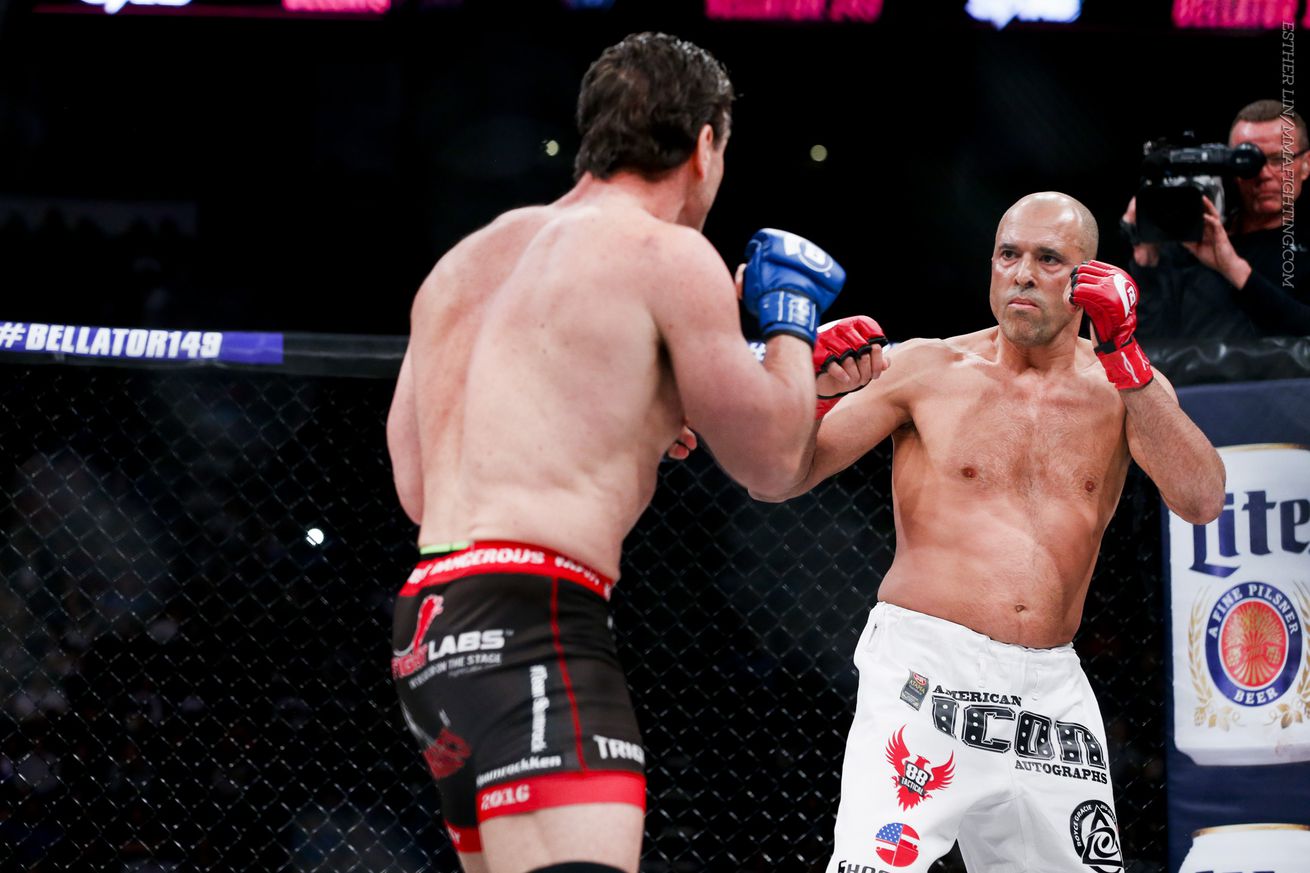 Royce Gracie returned to action almost nine years after his last MMA fight, scoring a TKO win over longtime rival Ken Shamrock at Bellator 149. Weeks after the contest in Texas, Shamrock took another hit when his drug test came back positive for nandrolone and methadone, and also for an elevated testosterone-to-epitestosterone ratio.

Gracie, who improved to 15-2-3 as a mixed martial artist and 2-0-1 against Shamrock, wasn’t shocked when he found out that his rival failed another drug test. In fact, he didn’t even seem to care.

“I don’t think too much about it,” Gracie told MMA Fighting. “It doesn’t make any difference. It made no difference.”

“I don’t follow Shamrock,” he said, “so I didn’t even know he was caught (for steroids) before.”

On his Twitter account, Shamrock denied taking any illegal substance. Gracie poked fun at his opponent for still “complaining and making excuses” after his second loss in Bellator.

This is what I want my fans to do stop looking at the purple elephant in the room what’s important is getting this fight overturned? ?????

“Shamrock was always famous for complaining and ….View full article