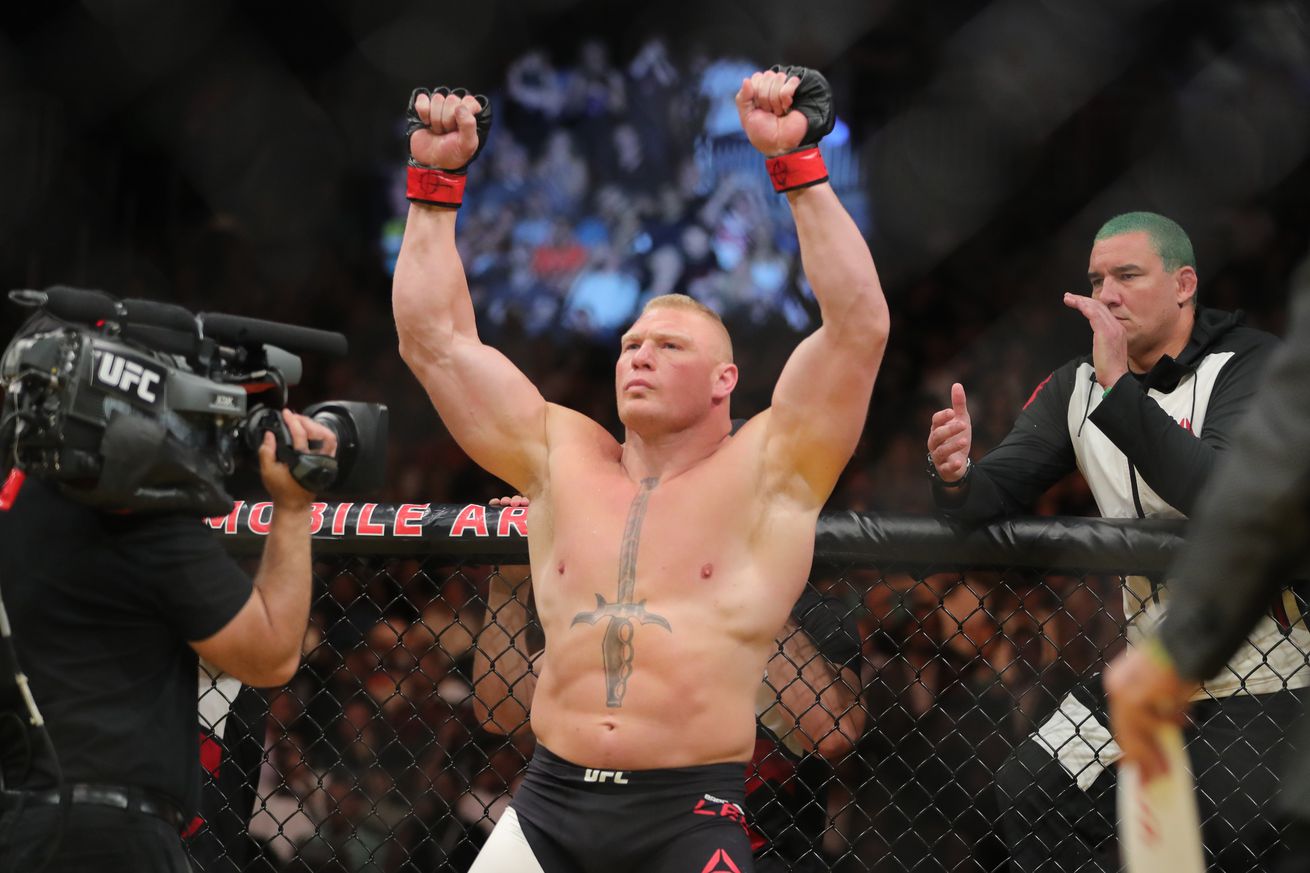 Now that former women’s bantamweight champion Ronda Rousey has been knocked from her perch, thanks to a brutal first-round beatdown at the hands of Amanda Nunes (watch it), her ability to peddle pay-per-view (PPV) buys could be in jeopardy.

In addition, promotion president Dana White has already decreed that former light heavyweight champion Jon Jones will no longer headline a future UFC event, since he can’t seem to keep himself out of trouble.

Sure, there’s always UFC Lightweight Champion Conor McGregor, but “Notorious” is taking time off from the hurt business to play daddy, and could be tempted to pursue more lucrative roles in Hollywood.

Which is why MMA veteran Bas Rutten (via Submission Radio) believes UFC will be forced to re-sign Brock Lesnar.

“If Rousey decided to hang it up, they got only Conor McGregor. Now, Conor’s not going to fight for a very long time anymore. I think this guy needs to be in movies also. I think he probably will be a really good actor as well. So I think he probably will take that route. I don’t know, he’s got a very competitive spirit in him, so hopefully we see him fight for a few more years. But what if not? What if he gets injured? Boom. I mean there’s nothing compared to it. I mean, you look at Jon Jones who’s a phenomenal athlete, who by the way also has to wait until he comes back, and he draws good pay-per-view numbers, but not what McGregor and Rousey are doing. They need another person. And the only other person that’s there, is Brock Lesnar. And that’s why I’m thinking they’ll go after him.”

There’s just one little problem (aside from this).

Lesnar (5-3, 1 NC) will turn 40 by the time he’s eligible to return. The former UFC heavyweight champion was popped for banned substances before and after UFC 200 and forced to serve out a one-year suspension.

In addition, there’s no telling if Lesnar would entertain another go-round in combat sports, which not only requires a lengthy training camp, but also several rounds of pre-and post-fight drug testing.

Besides, fake fighting is much easier than the real thing.