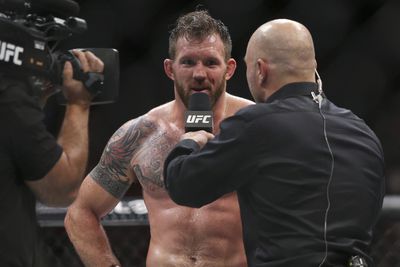 That’s according to David Martin, “Darth’s” manager, who recently told FOX Sports that Bader has all the respect in the world for “Rumble,” but taking a bout against him simply isn’t in the cards because his sights are firmly set on “DC.”

“We have the utmost respect for Anthony Johnson. We think he’s a tremendous talent and he’s got good representation. If I was advising Anthony, I’d be telling him to do the exact same thing — call out Ryan Bader. Why? Because that’s your fastest track to getting a title shot and that’s what these guys are in this sport for to be champion, and title shots don’t grow on trees. That’s why Ryan wants Daniel Cormier, and our sights are set on nothing but Daniel Cormier. There’s still a big unknown out there with Jon Jones, but as we sit here and talk today, he’s still suspended by the UFC. Until that changes, Ryan’s sights are on Daniel Cormier.”