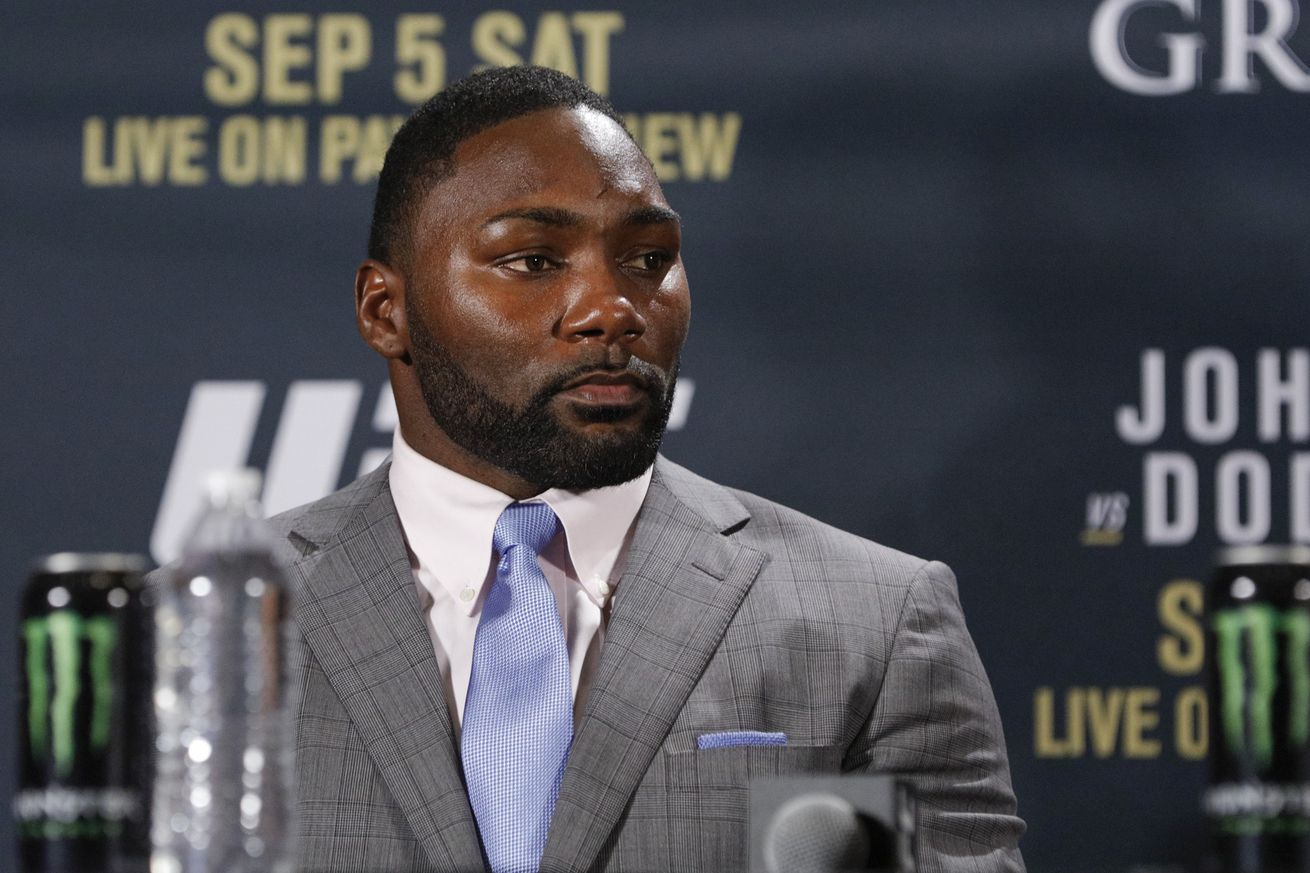 Simpson, who had an 11-fight career with the UFC and now coaches at Power MMA, appeared on Monday’s edition of The MMA Hour where he discussed Bader’s upcoming fight against Johnson at this Saturday’s UFC on Fox 18.

As a former assistant wrestling coach at Arizona State University, Simpson says Johnson’s mental weakness was evident through out his junior college wrestling career and even Johnson’s wrestling coaches informed him of it when Simpson was looking to recruit new wrestlers.

“It’s just evident in his career, it’s evident in his college career. I go back and his college coaches told me that when we were looking to recruit him. Once that’s in you, once you’ve quit and you’ve done it, it’s in you. It’s hard to get past that. It’s hard to be someone who when the going gets tough or you’re on your back or you’re on your knees and you’re starting to get tired you can come back from that.

“I love Anthony Johnson. I do. I think he’s a good guy and a great athlete and was a stud junior college wrestler, but that’s about it. When it gets into the fight game and we take him to deep waters, we’ll see how he responds and maybe he’ll be something different, but he hasn’t shown that in the past,” Simpson said.

Despite Bader being the underdog in his fight against Johnson, Simpson believes Bader will be the better fighter anywhere the fight goes.

“He’s a heavy hitter and he throws wild, but technically, Bader is a better striker than him. If we’re talking about a pure striker and pure footwork and movement and athleticism, Ryan Bader is better. I’ll put that on anything,” Simpson said.”Bader is ….View full article