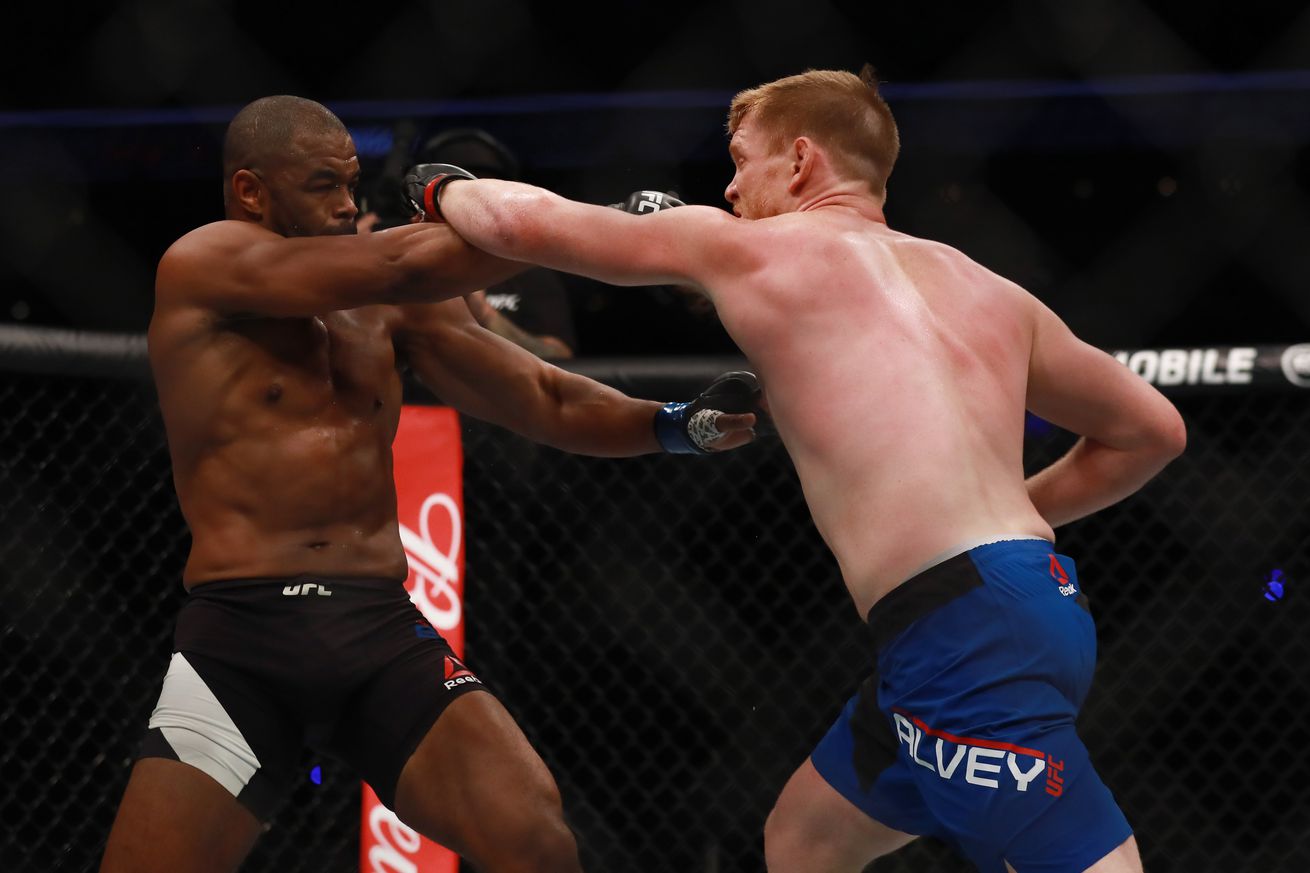 And though it wasn’t exactly the most thrilling bout, “Smilin” has a huge win on his resume against a man he himself loves to watch compete. And at times, Sam couldn’t help but to be in awe of sharing the Octagon with a legend.

“A little awestruck,” Alvey told MMAjunkie. “I’d never experienced that before. But Rashad is one of those guys that, he’s fighting, I watch.”