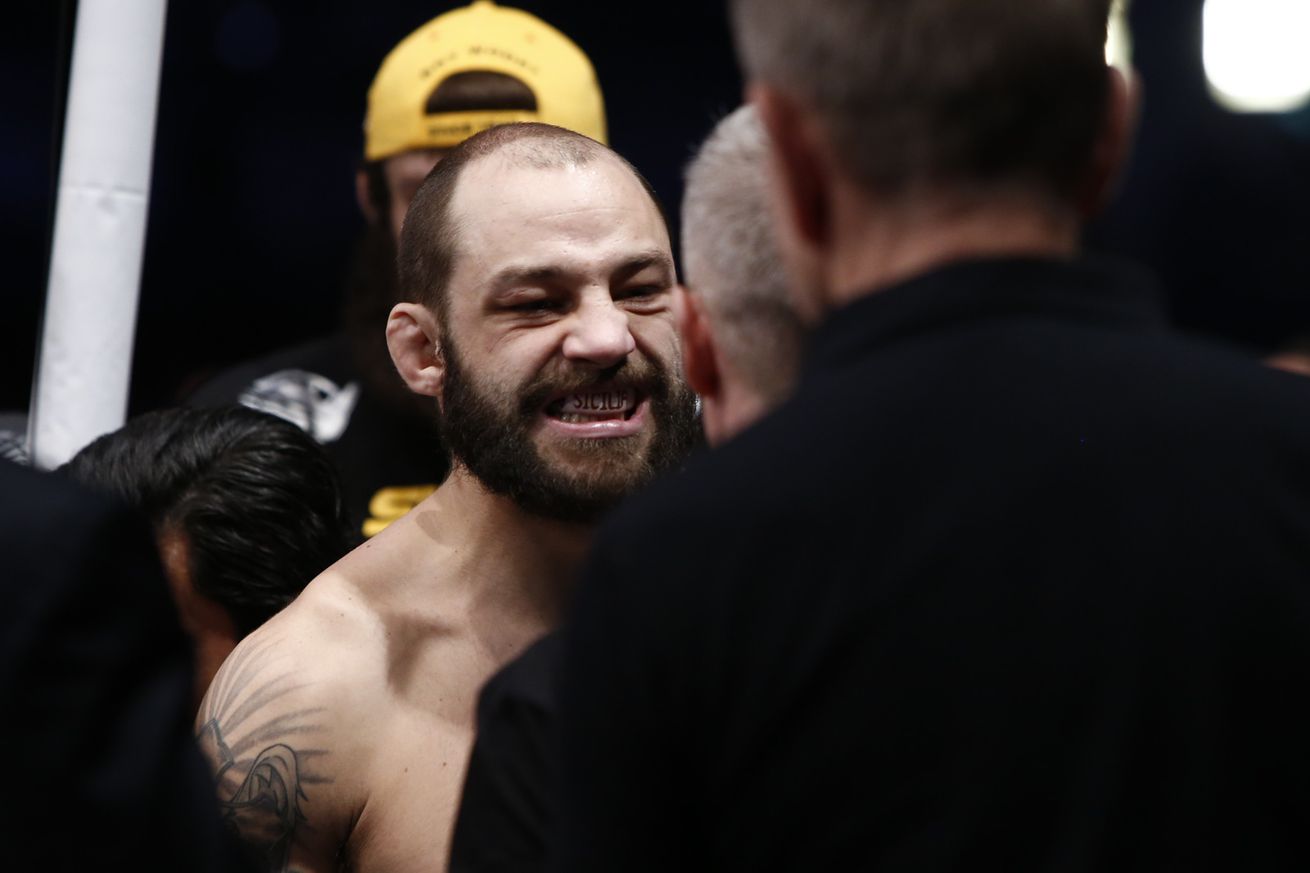 Sam Sicilia entered the UFC in his second year as a professional MMA fighter in 2012, but the lessons are still there to be learned in every fight.

The 30-year-old featherweight makes his 11th walk to the Octagon Saturday night in Hidalgo, Texas, against Gabriel Benitez, and being back in action after a long layoff gave him time to think what he did wrong in his last fight. He suffered the fastest defeat of his career by the hands of Doo Ho Choi.

Sicilia and Choi were initially scheduled to meet in May 2014, but the South Korean fighter pulled out due to an injury. Four fights later, when Sicilia went 3-1, Choi was finally able to return, but another injury forced him out of the bout. The UFC rebooked the fight for four months later in South Korea, and at that point Sicilia was convinced it would not happen again.

“Part of me didn’t really believe he was gonna be there because two other times he wasn’t,” Sicilia told MMA Fighting. “Even though they booked it, I was like ‘we’ll probably fight somebody else again,’ you know? I just didn’t have my mind right.”

Instead of focusing on Choi’s style, Sicilia decided to train without an opponent in his mind, and that proved to be a mistake.

“My whole camp all I did was just be in shape and be ready to fight anybody,” Sicilia said. “I should have been ready for that guy, you know, because he’s accurate. I should have wrestled him more, but I kind of just got caught up in the moment and wanted to KO him and get out of there. I didn’t train like I should’ve.

“We were scheduled two other times before that and he kept pulling out before the fight, and then I had ….View full article