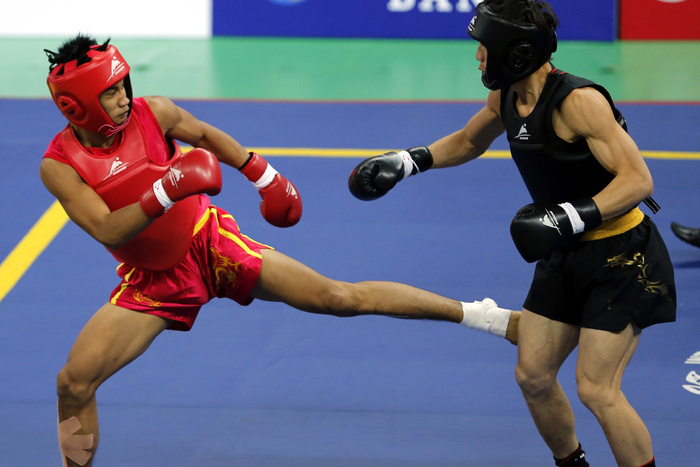 David Yoshida ended up at the Wangu Sanda club by accident. The initial goal was a teaching job in Japan to continue training the martial arts he had started at university in the UK. Finding a job in Japan proved difficult, but getting one teaching English in China took just a single day. Once there, David started looking around for “kung fu” and found wushu instead.

He saw a poster at the local showing two men fighting and made an enquiry. Sanda, they said, and it would be an honor to teach you. David was introduced to traditional Chinese training methods on his first day at Wangu (which means “Stubborn Stone”) including excruciating stretches, aggressive bellowing from the Chinese coaches, and an impromptu sparring match in which he was beaten down by a more experienced opponent. Right after the match, the entire gym stood and applauded David, shouting, “Great job!” in English.

He’d been jumped in, Chinese style.