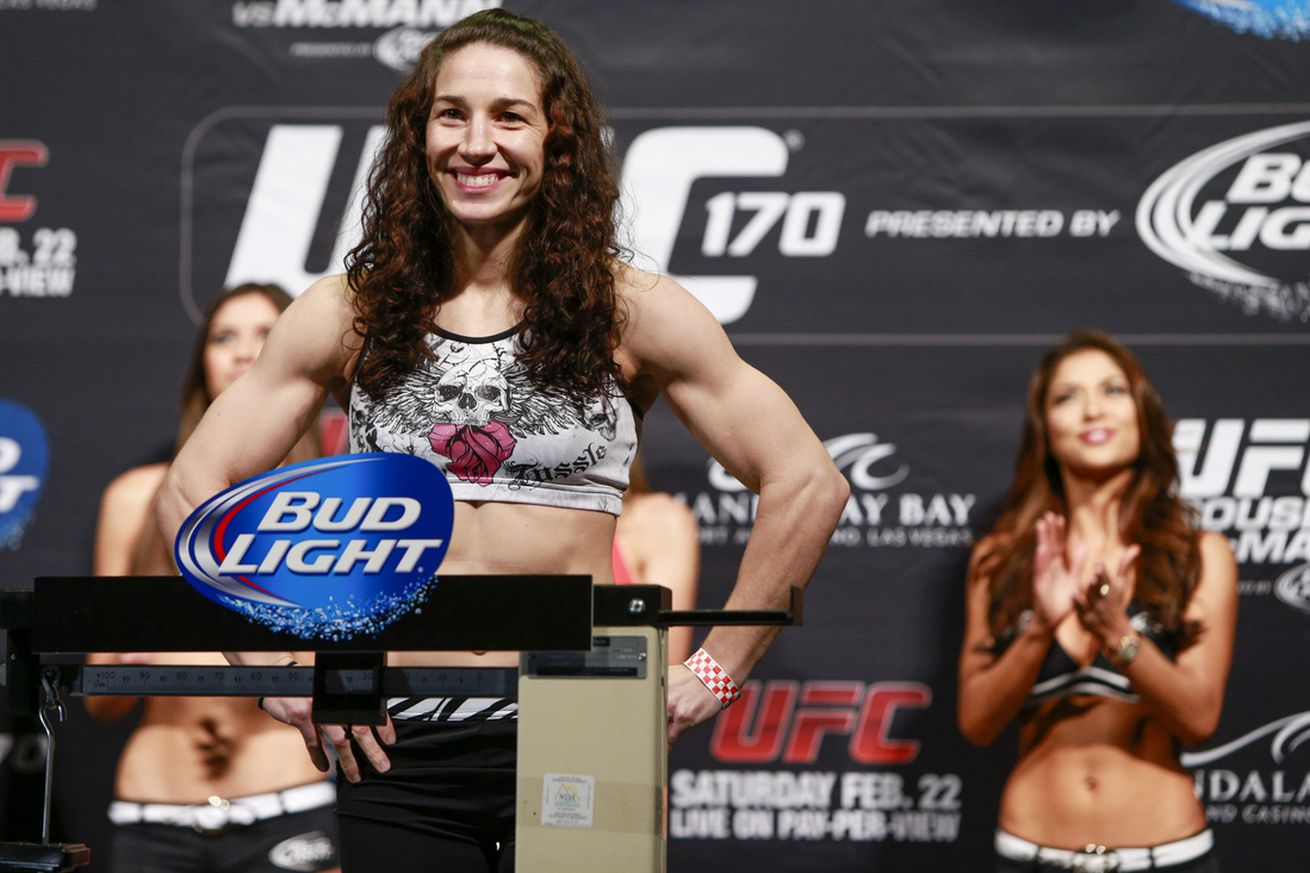 A woman’s bantamweight bout between Sara McMann (8-3) and Jessica Eye (11-4- NC) has been added to UFC Fight Night 88. The news was announced Wednesday on UFC Tonight.

McMann is 1-3 in her past four performances inside the Octagon. The Olympic wrestling silver medalist last competed in August 2015 at UFC Fight Night 73, where she lost to top contender Amanda Nunes via rear-naked choke.

Her opponent, Eye, finds herself in a similar situation as she is also 1-3 in her last 4 performances. The 29-year-old Eye last competed against Juliana Peña at UFC 192, losing a unanimous decision.

UFC Fight Night 88 takes place in Las Vegas on May 29. Top undefeated bantamweight prospects Thomas Almeida and Cody Garbrandt are set to fight in the main event of the card.