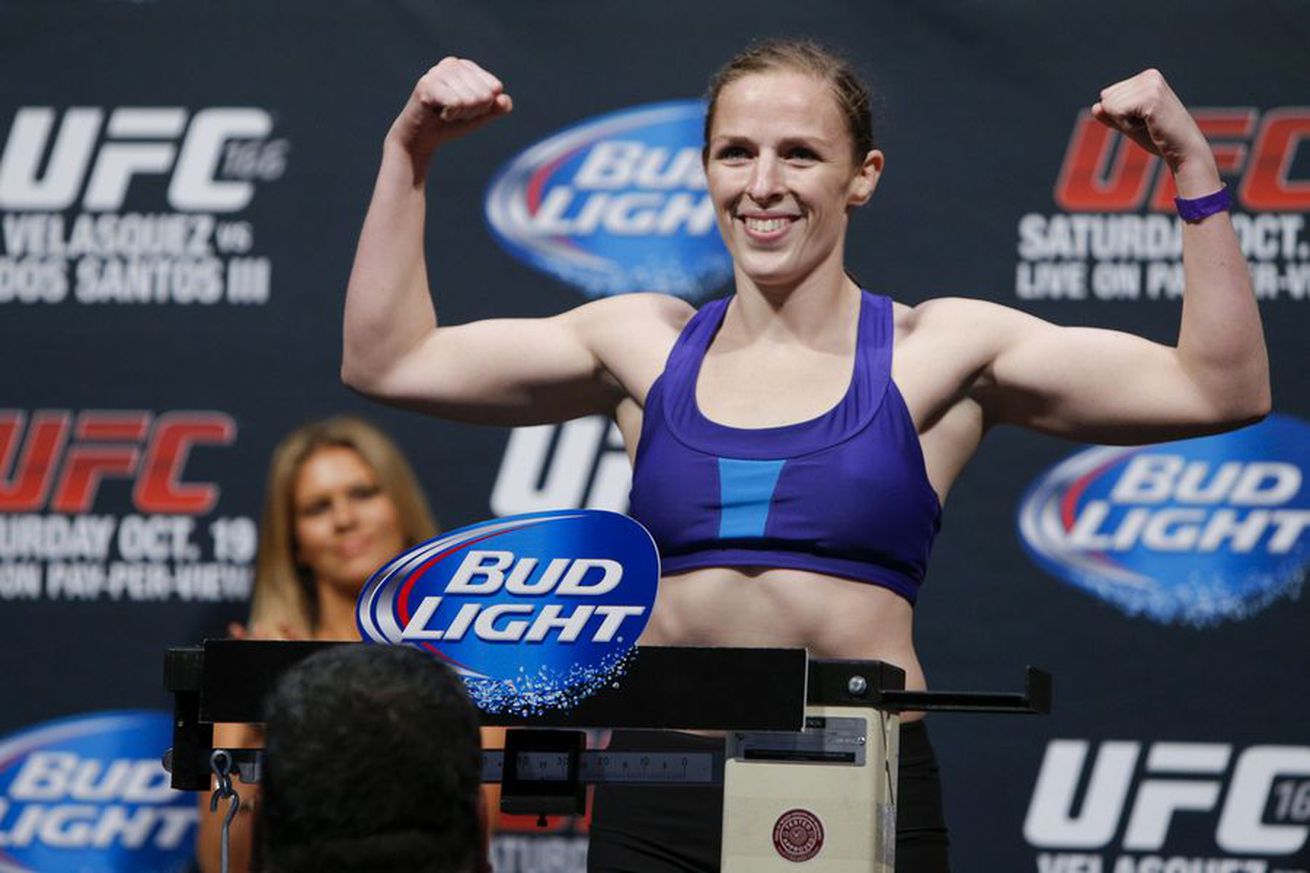 Sarah Kaufman has now an opponent for her first fight since her UFC run.

Kaufman, 31, last fought in December of 2015 at UFC on FOX 17 where she suffered a split-decision loss to current women’s bantamweight top contender Valentina Shevchenko. Kaufman has a professional record of 17-4 and one no contest, and holds notable wins over Miesha Tate, Liz Carmouche, Alexis Davis and Roxanne Modafferi.

Her opponent, Clark is also coming off a split-decision loss, falling short to Pam Sorenson at Invicta FC 20 back in November. The Australian is 6-3 as a professional fighter.