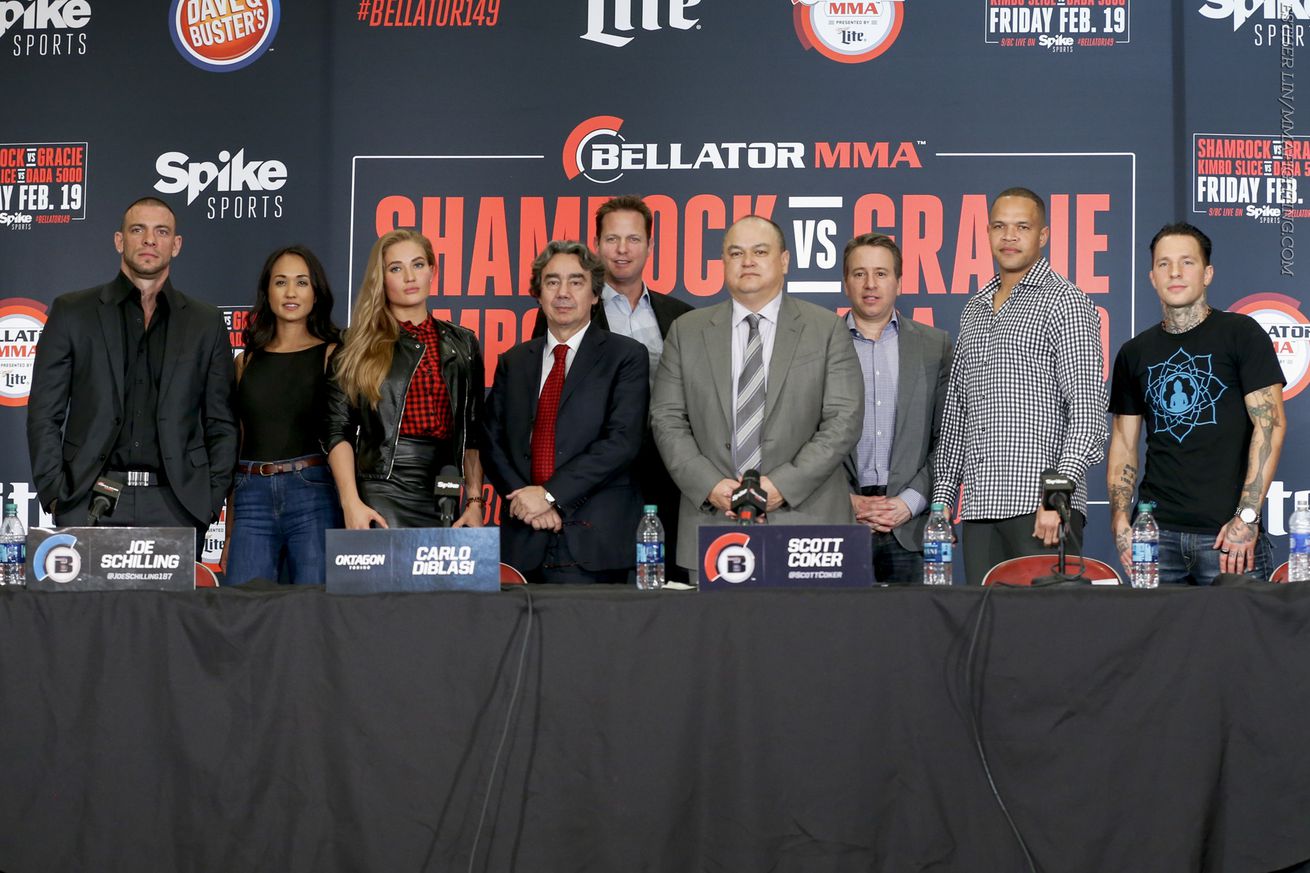 Bellator is now in the kickboxing business and president Scott Coker and Spike TV senior vice president of sports, Jon Slusser, are confident that under the Viacom/Spike/Bellator umbrella, they will be able to make the sport thrive in the U.S. where it hasn’t truly caught on with the American television audience.

HOUSTON–The writing has been on the wall for quite some time that Scott Coker was seeking to put together a kickboxing promotion for Spike TV — even when GLORY was still a part of the channel — and late last week Bellator Kickboxing became official.

Bellator president Scott Coker announced the first show will take place on Sat., April 16, 2016 at the Pala Alpitour in Torino, Italy, and will be co-promoted with Bellator Kickboxing as well as the Italian promotion, Oktagon Kickboxing. The main event will be Melvin Manhoef vs. Alexandru Negrea and the show will air on Spike at 9 p.m. ET on tape delay. Earlier in the day, Spike will air Bellator 152 live at 3 p.m. ET.

Coker was joined by Spike TV Senior Vice President of Sports, Jon Slusser, on the dais at Thursday’s (Feb. 18, 2015) press conference inside the Toyota Center, as well as Oktagon president Carlo Diblasi and fighters Joe Schilling, Raymond Daniels, Kevin Ross, Anastasia Yankova and Keri Melendez, who were all announced as part of the new promotion.

There are many questions to be asked about this new kickboxing venture as well as why the last one with GLORY didn’t continue. It seems more or less that their desire was just do their own thing under the Viacom and Bellator umbrella.

“When the GLORY relationship ended, we had a conversation,” Coker told MMAmania.com. “Are we going to go look for another promotional company to bring in? And I ….View full article