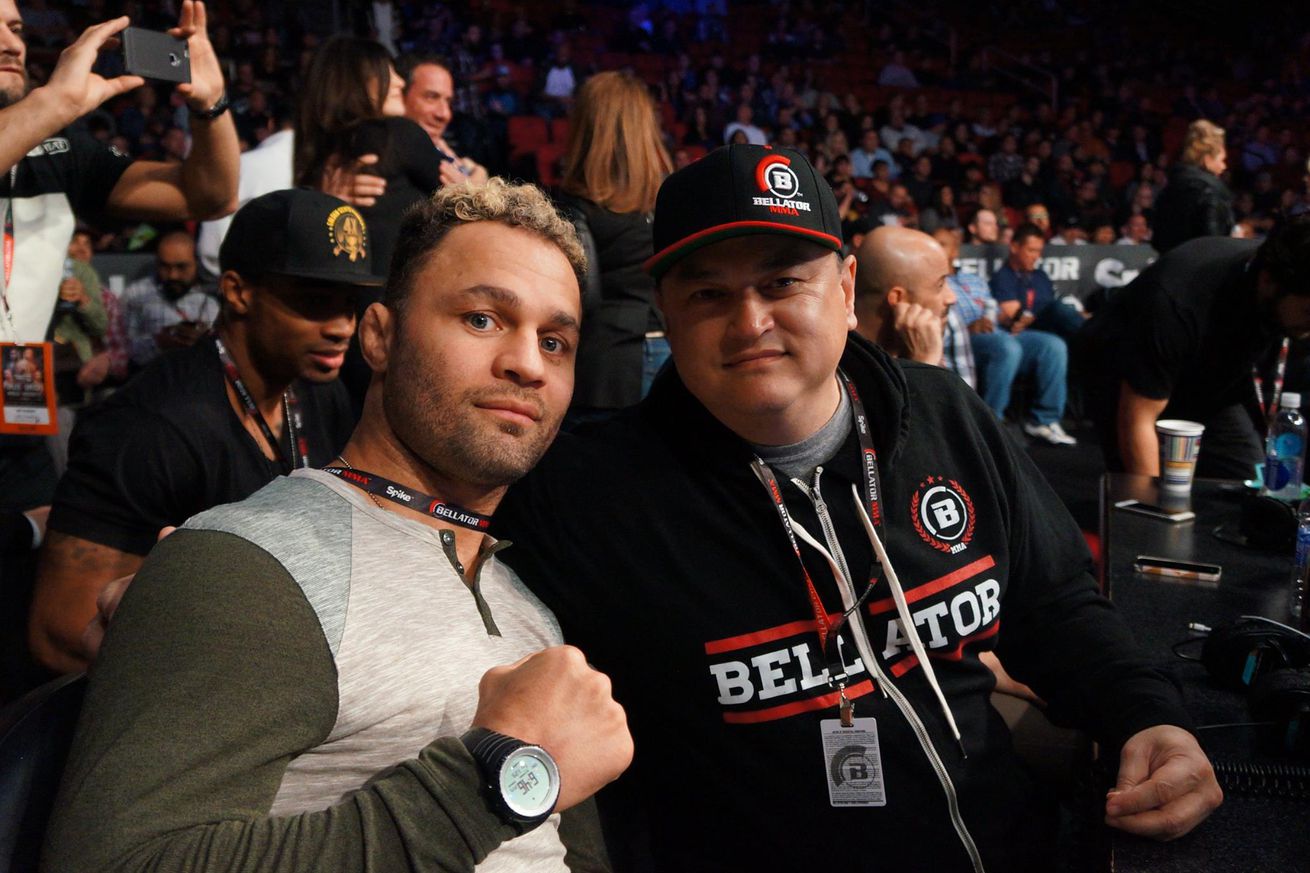 Paul Daley hijacked the microphone after his last win in Josh Koscheck’s hometown of Fresno. He cut a promo on his longtime rival and beckoned the crowd to chant “Crotcheck!”

It’s certainly no secret that Bellator had designs on putting together a rematch between the two men. But when has been the big question.

Bellator 148 was set up to be a path to that grudge match. Koscheck was suppose to face Matt Secor in the main event with Daley taking on Andy Uhrich in the co-headliner. Except Koscheck got injured and had to pull out. Daley did his part, knocking Uhrich out with an uppercut in the first round and then taking the mic and blasting Koscheck, who was sitting cageside.

So will Bellator continue beating around the bush of this fight? Or will it finally happen soon?

The latter, according to Bellator MMA president Scott Coker.

“I gotta talk to Josh about that,” Coker told Ariel Helwani recently on The MMA Hour. “Our goal really is to have that fight to happen as soon as Koscheck is healthy.”

Coker said that means as early as summer.

Daley and Koscheck have not been shy about expressing their disdain for each other. It all goes back to their fight at UFC 113 on May 8, 2010. The two talked plenty of trash leading up to that bout, which was a UFC welterweight title eliminator. The winner was going to face Georges St-Pierre.

The trash talk did not stop once they were in the cage. Koscheck, a high-level former Division I wrestler, took Daley down over and over and kept him there. While in top position, Koscheck jawed at Daley the whole way. When the horn sounded for the end of the fight, the two men got up and ….View full article