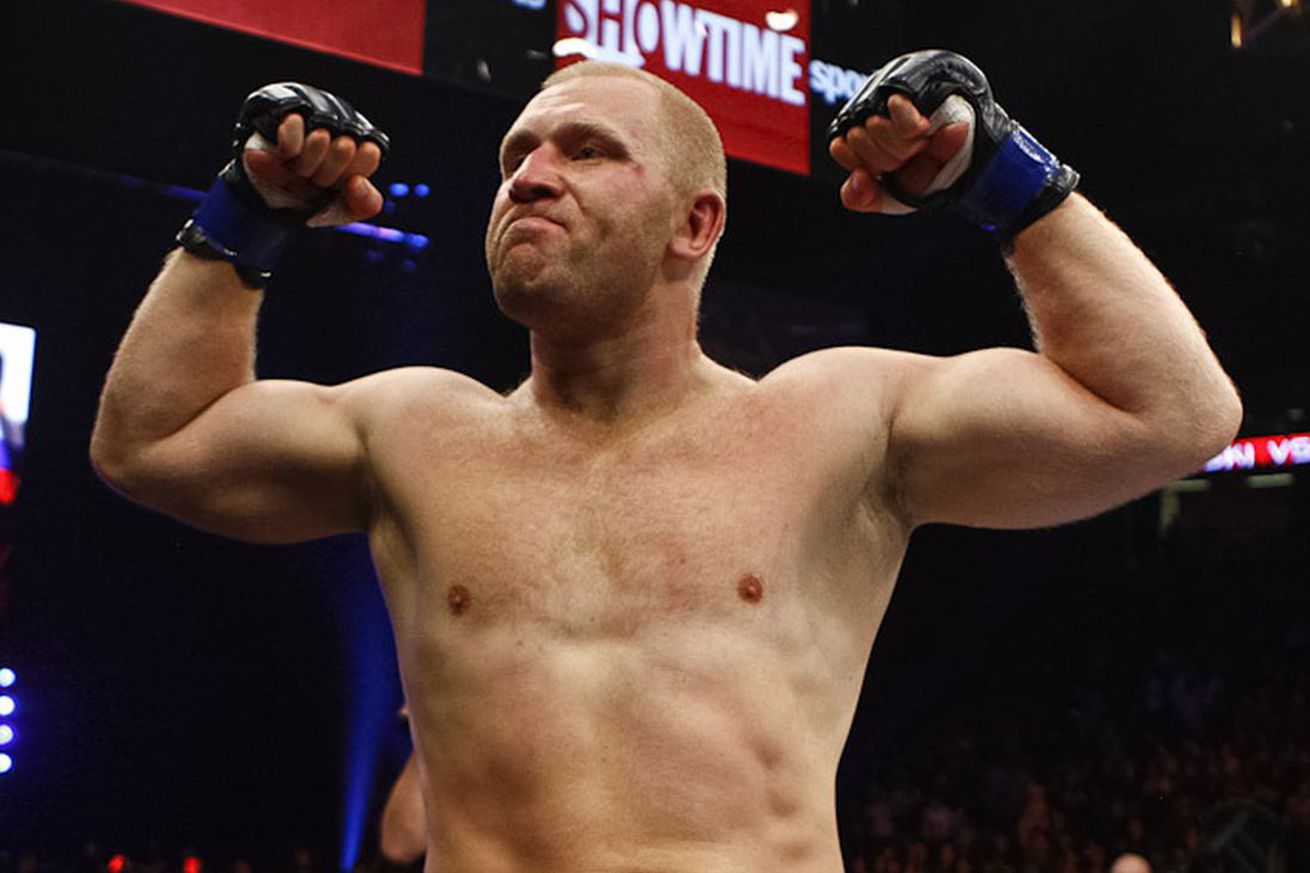 Bellator 154 “Davis vs. King Mo” comes to SAP Center in San Jose, Calif. on May 14, 2016. The four fight main card on Spike TV will be headlined by “Mr. Wonderful” Phil Davis vs. Muhammed “King Mo” Lawal with a shot at Light Heavyweight champ Liam McGeary on the line.

Through both tragedy and injury Bellator struggled mightily to make San Jose a five fight card. The line-up seemed settled going into fight week until one more misfortune befell their most cursed show of 2016.

ESPN’s Brett Okamoto sent out the tweet below on Tuesday night and a publicist for Bellator confirmed to MMA Mania that another fighter withdrawing from the card is accurate.

Okamoto meant to say “on Saturday” but he’s otherwise correct. Bellator also confirmed the new co-main event for San Jose would be Saad Awad vs. Evangelista “Cyborg” Santos, and that there would be no replacement fight for Kharitonov vs. Appelt.