Home MMA News Sergio Pettis is ‘not afraid’ of Demetrious Johnson, envisions being the ‘new face’ at flyweight
ShareTweet 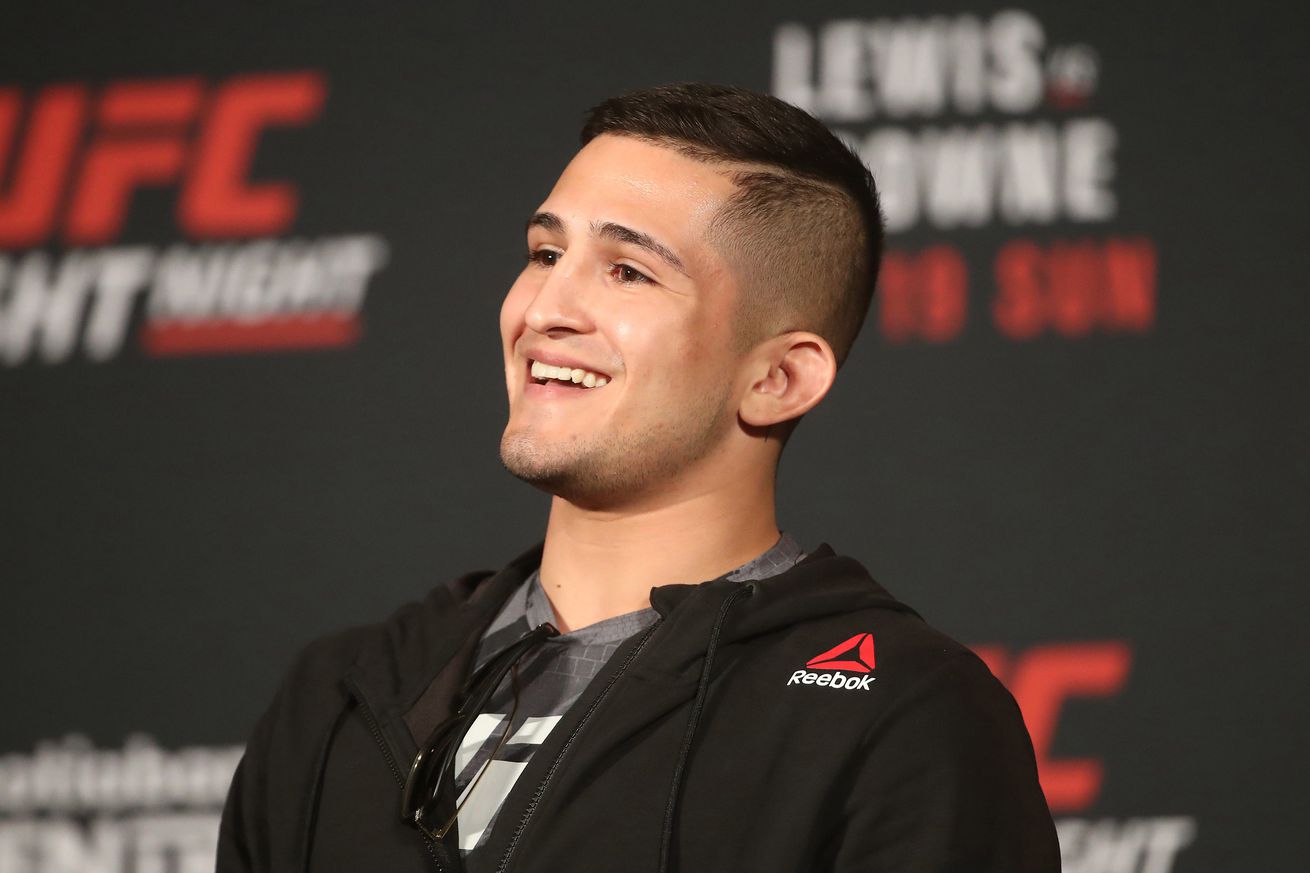 UFC flyweight contender Sergio Pettis will have the biggest opportunity of his fighting career tomorrow night (Sat., Aug. 5, 2017) at UFC Fight Night 114 live on FOX Sports 1 from inside Arena Ciudad de México in Mexico City, Mexico, when he meets Brandon Moreno in a main event clash. It will mark the first time Pettis is headlining a UFC card as he once again attempts to step out from behind his brother’s shadow.

In advance to his bout with Moreno, Pettis opened up about the division he calls home and his aspirations moving forward. The 23-year-old expressed zero fear in fighting current UFC flyweight champion Demetrious Johnson, who will fight Ray Borg at UFC 215 on Sept. 9 in an attempt to break the UFC record for most consecutive title defenses, and believes the depleted 125-pound class needs a new face to call king.

Here is what Pettis had to say in his recent interview with MMA Junkie:

“I feel like an impressive win would definitely get me into title contention. The division needs a new face, and I feel like I’m going to be the next one to do it. I feel like a lot of these guys played into Demetrious’ game. They’re all elephants. They saw the mouse and got scared. I’m not afraid. I think my timing is what’s going to happen now. I’ve went through what I’ve went through, took my (losses), grown from them, and I think I’ve gotten better as a person, as a martial artist. If that’s what’s next on the route, I believe that’s what I want, and I believe that’s what they’ll give me.”

If Pettis is able to knock off Moreno, who has racked off three-straight victories inside of the Octagon since making his debut last year, the Duke Roufus protege will extend his current win streak to four. That sort of production within the UFC flyweight division is more than enough to lock down a title shot, especially considering Borg is fighting “Mighty Mouse” off of two wins.

MMAmania.com will deliver LIVE round-by-round, blow-by-blow coverage of the entire UFC Fight Night 114 fight card, starting with the Fight Pass “Prelims” matches online, which are scheduled to begin at 7 p.m. ET, and then the remaining undercard balance on FOX Sports 1 at 8 p.m. ET, before the main card start time at 10 p.m. ET on FOX Sports 1.