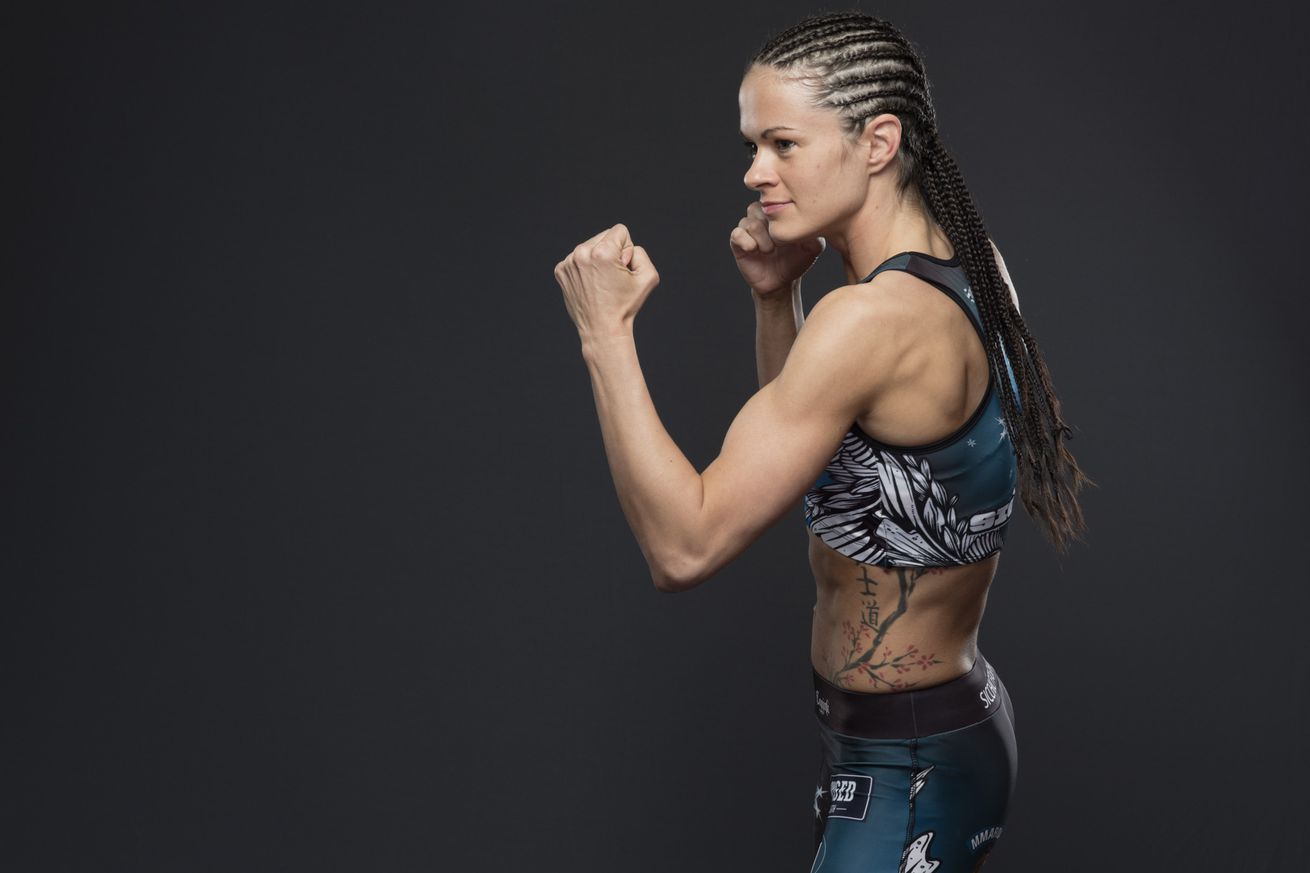 Stephanie Eggink was just a few months removed from almost becoming the Invicta women’s strawweight champion when she got life-altering news: She was pregnant.

Despite her standing as one of the top 115-pound fighters in the world, Eggink considered hanging up the gloves when she found out she was having a son.

“I didn’t know what I wanted to do,” she told MMA Fighting. “Your priorities instantly change the second you find out you’re pregnant. But I’m a fighter. I’m still a fighter.”

And she will be that again Friday night when she makes her return against Angela Hill at Invicta FC 16 at Trinidad Pavilion at the Tropicana Las Vegas. Eggink’s son Ronan was born just seven months ago and her training didn’t miss a beat.

“A lot of people said there was no way I was gonna get back in there within the year and in seven months here I am,” Eggink said. “That’s a big hurdle for me. I have a 12-pack again and I just had a kid.”

Not that it has been easy. On top of training, Eggink is a full-time paramedic in Sioux Falls, S.D. Add in a newborn child and things have been hectic at times. Luckily for her, Ronan has been a perfect angel and his dad is also Eggink’s strength and conditioning coach. Eggink takes him to the gym with her every night. He’s almost always by her side.

“If he was a difficult baby, I wouldn’t be fighting today,” Eggink said. “I know that for sure.”

Eggink (4-2) is taking a wait-and-see approach to her fighting career at this point. Just because she’s returning now doesn’t mean this is permanent. “Snowflake” understands that as a parent you have to remain flexible.

“I’m gonna take this one fight at a time, though,” Eggink said. “I do ….View full article