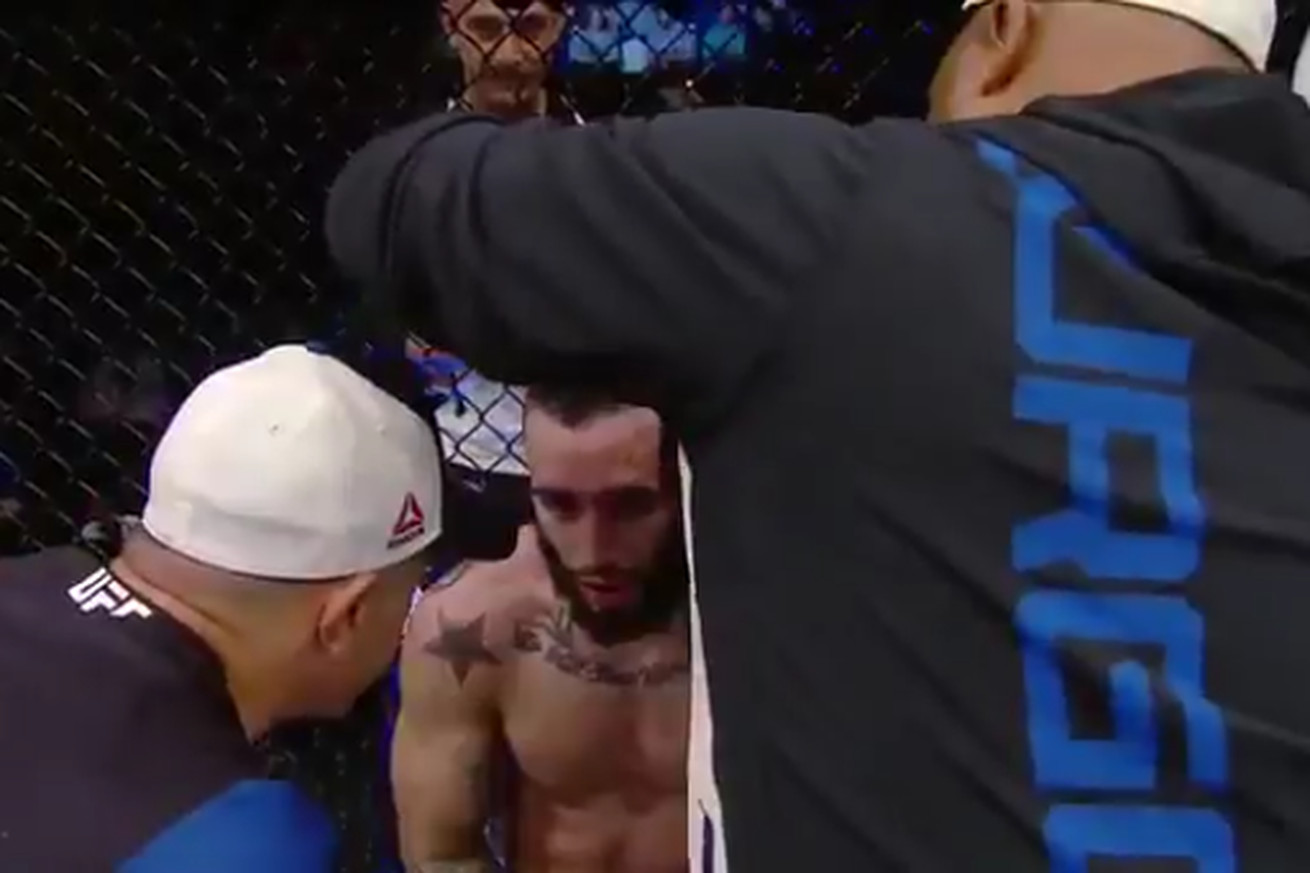 Shane Burgos may have himself a new record: first fighter to receive a haircut during a fight in the UFC.

In the middle of his fight UFC bout, against Tiago Trator, Burgos’ hair apparently became a problem for him. So between the second and third round he had his cornerman cut it off.

“I told my corner that if the fight goes past the first round and my hair is getting in my face to cut it [pony tail] off,” Burgos said afterward. “It wasn’t getting in my face the first round, but it started to in the second, so I told them to cut it off. It was pretty memorable, but it was planned beforehand. That was the first Octagon haircut, right? I think that’s worth a bonus, fight of the night maybe?”

Fortunately for Burgos, cutting his hair didn’t drain him of his Sampson strength and he went on to win the third round and the unanimous decision with scores of 30-26, 29-28, and 29-27.