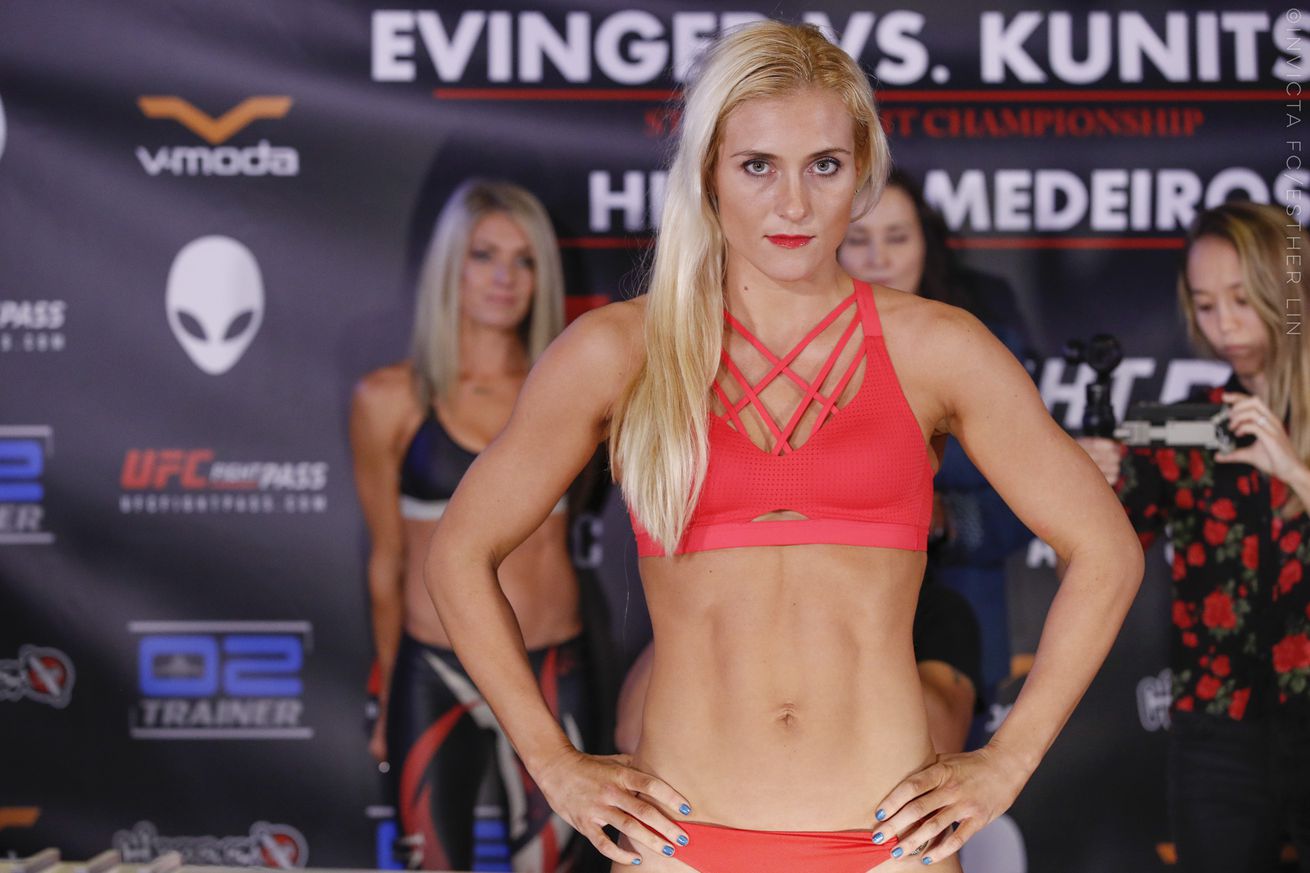 The event will mark the third consecutive title fight for Kunitskaya (9-3, 1 NC), a 27-year-old whose 2016 bout against Evinger was overturned from a win into a no contest due to a controversial call by referee Mike England. Kunitskaya lost the subsequent rematch against Evinger, falling victim to a second-round rear-naked choke, but she’ll now get another chance against Pa’aluhi (6-5), a 26-year-old who has won three of her four contests under the Invicta FC umbrella, highlighted by a recent first-round submission over Pannie Kianzad.

Souza (10-1), meanwhile, will look to reclaim the strawweight strap she lost in a split decision against Hill last summer. Souza, 26, rebounded in a major way this past March, knocking out Invicta atomweight champ Ayaka Hamasaki in under two minutes at Invicta FC 22. She’ll now take on Esquibel (6-2), a 31-year-old out of New Mexico who has won four of her six Invicta FC appearances, including a recent split decision over DeAnna Bennett.

Invicta FC 25 takes place at the Tachi Palace in Lemoore, Calif. The card will stream live on UFC Fight Pass.