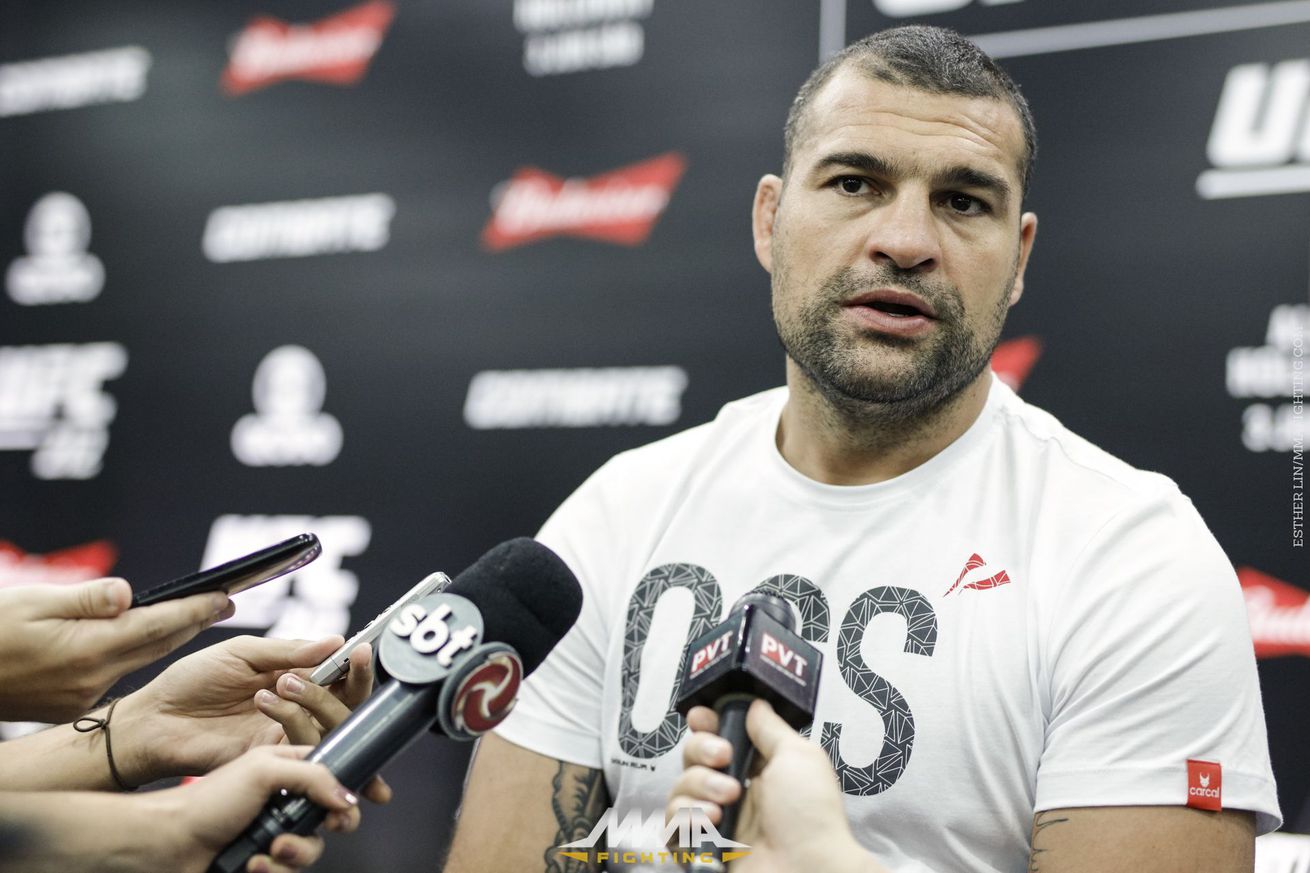 RIO DE JANEIRO — Mauricio Rua is riding a three-fight winning streak for the first time in a decade, and hopes for a chance to go back to the place where he became a star.

The last time “Shogun” had a long winning streak he was fighting for PRIDE, and a pair of those victories took place at the Saitama Super Arena in Japan. With the UFC scheduled to return to the Japanese venue on Sept. 23, “Shogun” wants to be part of the show.

“I look at every fight as a dream,” Rua told reporters in a media scrum during UFC 212 in Rio de Janeiro, Brazil. “My goal is to fight in September, at the UFC event in Japan. I don’t know about an opponent yet, but that’s my focus.”

Rua hasn’t competed in Japan since December 2006, when he defeated Kazuhiro Nakamura. Winner of nine of 10 fights in Japan, with his only loss being an injury against Mark Coleman earlier that year, the former PRIDE and UFC champion can’t wait to be back to Japan.

“It would be special because of the memories I have in Japan, the energy from the crowd,” Rua said. “Japan is the place that made me in the MMA world, and I love the country and the Japanese people. I’d be really happy to fight again in Saitama, the stadium where I won the world title in 2005. Coming back 12 years later would be great for me.”

Looking for his fourth straight victory, and currently ranked at No. 4 in the official UFC light heavyweight rankings, the Brazilian, who defeated Antonio Rogerio Nogueira, Corey Anderson and Gian Villante in his last three UFC bouts, won’t think about title shots just yet.

“I don’t think about anything post-fight,” Rua said. “The belt, title shot, I don’t think about it. There are some fighters ahead of me, even if I win. I know that I have to fight, that it’s going to be a tough fight because there’s no easy fight in the UFC, especially at the top. I’ll be ready for whoever.

“It’s frustrating for us to think that you’ll get a title shot with a win,” he continued. “When I entered the UFC, Dana (White) told me I’ll be fighting for the belt if I beat Forrest (Griffin), and I entered the cage already thinking about the belt, but I still had Forrest in front of me. I try not to think about it, think about the title. That depends on my wins, so I go step by step.”