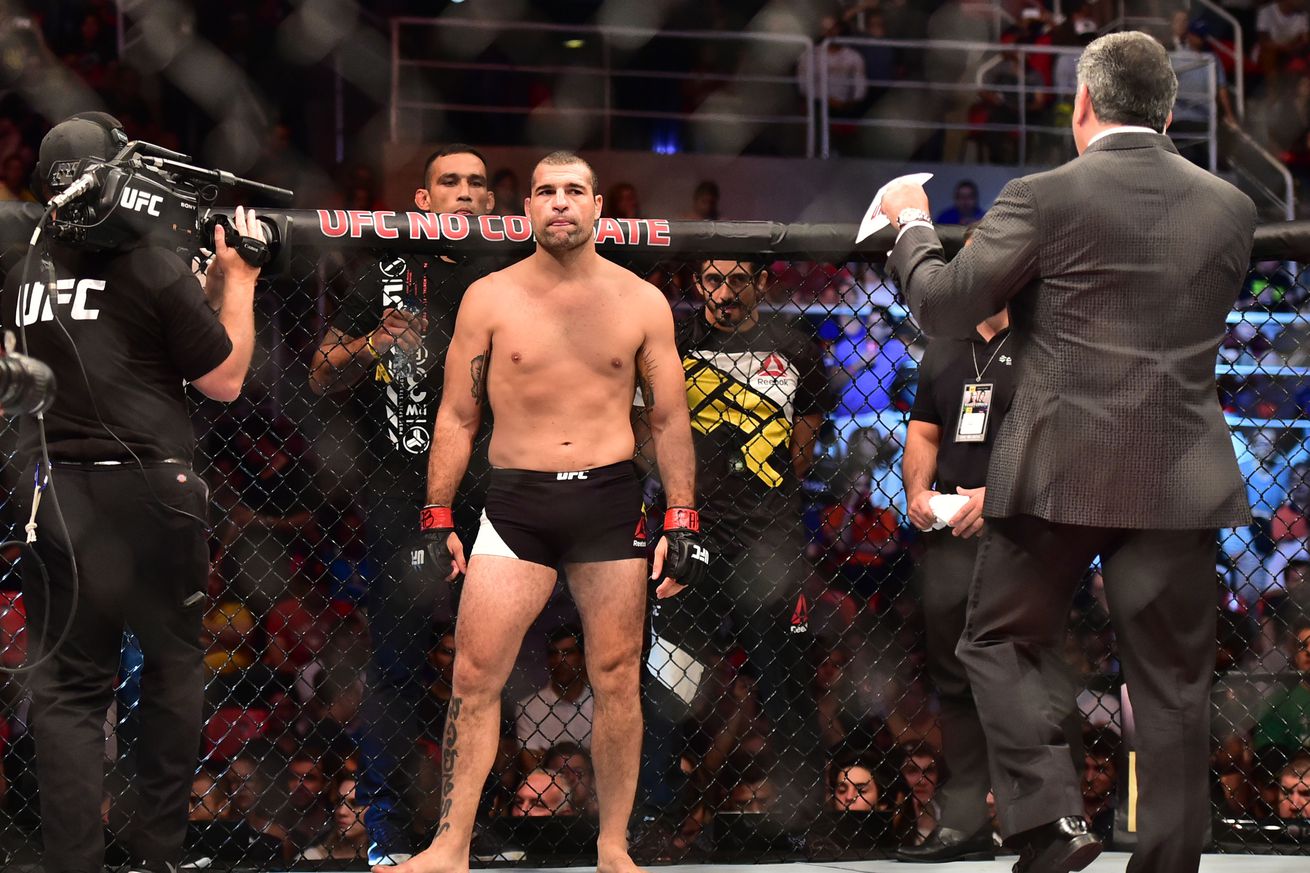 Winner of three straight, Mauricio Rua has bounced back after two consecutive knockout defeats against Dan Henderson and Ovince Saint Preux to earn a Top 5 Light Heavyweight ranking. It’s a position that seemed unattainable just two yeas ago, as the 35-year-old mixed martial arts (MMA) veteran hadn’t enjoyed a streak longer than three wins since his terrorizing run under the Pride FC banner from 2003 to 2007.

And as Ultimate Fighting Championship (UFC) gears up to make its return to Saitama Super Arena in Japan — home of Rua’s many wins — on Sept. 23, 2017, the former 205-pound champion looks to earn a spot on the card where he made most of his best MMA memories in an attempt to collect his fourth consecutive win.

“I look at every fight as a dream,” Rua said during a recent media scrum in Brazil (via MMA Fighting). “My goal is to fight in September, at the UFC event in Japan. I don’t know about an opponent yet, but that’s my focus.

“It would be special because of the memories I have in Japan, the energy from the crowd,” Rua continued. “Japan is the place that made me in the MMA world, and I love the country and the Japanese people. I’d be really happy to fight again in Saitama, the stadium where I won the world title in 2005. Coming back 12 years later would be great for me.”

Once considered the sport’s elite division, the Light Heavyweight class has experienced somewhat of a re-emergence over the last year. While division champion Daniel Cormier has proven time and again to be a worthy leader with two title defenses already under his belt, young contenders such as Volkan Oezdemir and Misha Cirkunov have made a name for themselves at 205-pounds, while veterans such as Jimi Manuwa have climbed their way closer to the top. And let’s not forget that perhaps the most enigmatic figure of the the division, Jon Jones, is nearing his return after a one-year layoff at UFC 214 on July 29, 2017, against bitter his bitter rival, the aforementioned Cormier.

In the midst of all that, however, “Shogun” has somehow put his name back into the mix and currently owns the No. 5 spot on the official UFC rankings. And while Rua would undoubtedly enjoy another shot at winning UFC gold, the Brazilian bomber is spending his nights and days frustrating himself with getting a championship fight. That’s because he learned the hard way that taking your eyes off the task at hand can prove disastrous, as was the case when he lost his Octagon debut against Forrest Griffin back at UFC 76.

“I don’t think about anything post-fight,” Rua said. “The belt, title shot, I don’t think about it. There are some fighters ahead of me, even if I win. I know that I have to fight, that it’s going to be a tough fight because there’s no easy fight in the UFC, especially at the top. I’ll be ready for whoever.

“It’s frustrating for us to think that you’ll get a title shot with a win,” he continued. “When I entered the UFC, Dana (White) told me I’ll be fighting for the belt if I beat Forrest (Griffin), and I entered the cage already thinking about the belt, but I still had Forrest in front of me. I try not to think about it, think about the title. That depends on my wins, so I go step by step.”

And though “Shogun” managed to eventually win the strap, he had to wait nearly three years to do it since he was unable make the immediate splash he would’ve liked.

Anyone care to offer up a few suggestions for Rua’s potential opponent should he make his way to “The Land of the Rising Sun” once again?