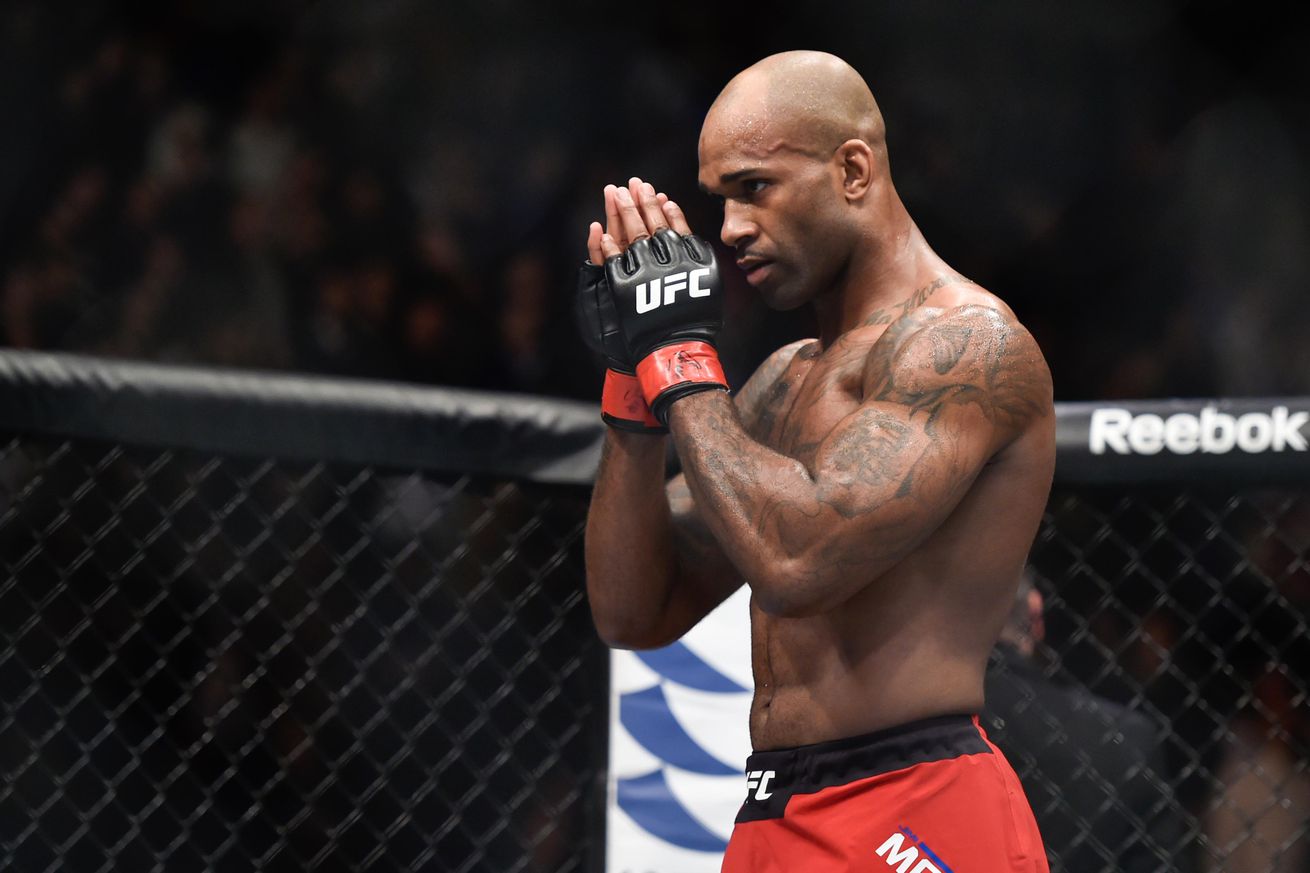 UFC Fight Night 107 featured a lot of power flowing through the fists of some surprising (and not so surprising) fighters.

Don’t sleep on Jimi Manuwa. I feel like I’ve been saying this for years now, ever since he beat Kyle Kingsbury into a lumpy mess back in 2012. But injuries and questionable matchmaking have stunted the knockout artist’s growth into a star, and it may only be now after another seemingly effortless knockout performance in front of his British home crowd that he’ll finally start getting the accolades he deserves.

For Saturday’s event, Manuwa pulled off the best walk off knockout you’re liable to see outside of a Mark Hunt fight. It took him just three minutes to stalk his opponent Corey Anderson down and deliver a sharp right hook to the temple that tipped Anderson over onto his face. Manuwa looked just as impressed as the rest of the arena as he walked away.

Manuwa has already faced the cream of the light heavyweight crop, having been fed to Alexander Gustafsson and Anthony ‘Rumble’ Johnson earlier in his career. But now he’s ready: his takedown defense looks crisp and capable, and he’s tempered his hard hitting style with the patience you need to win against the kind of tricky counter strikers you’re going to run into at the top of the division. In short, we’re all aboard the Jimi Manuwa hype train, and we’re excited to see him fight at the very top of the 205 pound weight class for many years to come.

Your Boxing Call Out Of The Week 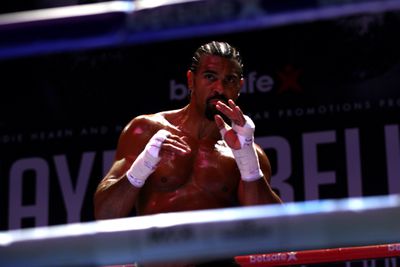 That being said, can we please stop having UFC fighters calling out boxers? It seems like a week doesn’t go by these days without another mixed martial artist declaring he’ll happily take a beating in boxing to get a taste of the sport’s much more lucrative purses. The latest: Jimi Manuwa throwing out British heavyweight David Haye.

Up until recently, the difference between pay for boxing stars and pay for UFC stars was academic. The UFC pockets much more of the receipts because they’re a huge organization that puts a lot of those proceeds right back into the sport, creating the vibrant combat sports landscape you see before you. Meanwhile, boxing is largely in shambles because the top dogs take everything but the crumbs, leaving nothing for developing and promoting future talent.

That’s all well and good … until one UFC fighter manages to cross over and make some of that sweet boxing money. At that point, the ‘Why not me’ of it all gets overwhelming, and then everyone wants to break out of the UFC’s established pay structure to chase a boxing payday. Jimi Manuwa’s callout of David Haye is the latest example of this, but there are other guys like Jose Aldo who are just as serious.

“That’s what matters today, money in the pocket,” Aldo told the media recently, adding that the inevitable Conor McGregor versus Floyd Mayweather fight would set a precedent “Not only for me, but for everyone else!”

A precident UFC fans will rue for years to come, I’m sure. 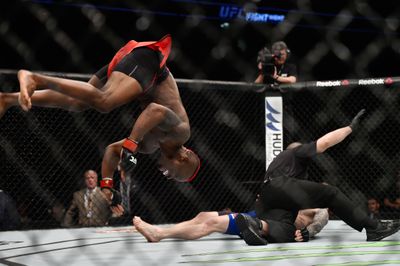 Watching an entire UFC card from early prelims through to the end of the main event can be a bit exhausting for all but the most hardcore of fans, and you’d understand why if you had to sit through the six mostly uninspiring decisions that made up UFC Fight Night 107’s undercard. But there was one bright spot amonst those bouts, and that was Marc “The Bonecrusher” Diakiese, whose one punch knockout of Teemu Packalen would have been the best knockout of the night on any other card not headlined by Jimi Manuwa.

It wasn’t just the knockout win that impressed, though. Diakiese came out throwing some serious heat from the opening bell, with one of his opening strikes being a spinning taekwondo headkick that caught Packalen upside the head. Marc threw it fearlessly and without hesitation, and it’s almost unfortunate that he knocked Teemu out about 15 seconds later because I was looking forward to seeing more than a minute of this kid fighting.

The win over Packalen puts Diakiese up to 12-0 and gives him his second devastating knockout in the UFC. “The Bonecrusher” only seems to be getting better, and with that improvement comes the confidence to throw some crazy sh*t that fans are going to love. Keep your eyes peeled for future Marc Diakiese fights. He’s one to watch for sure.