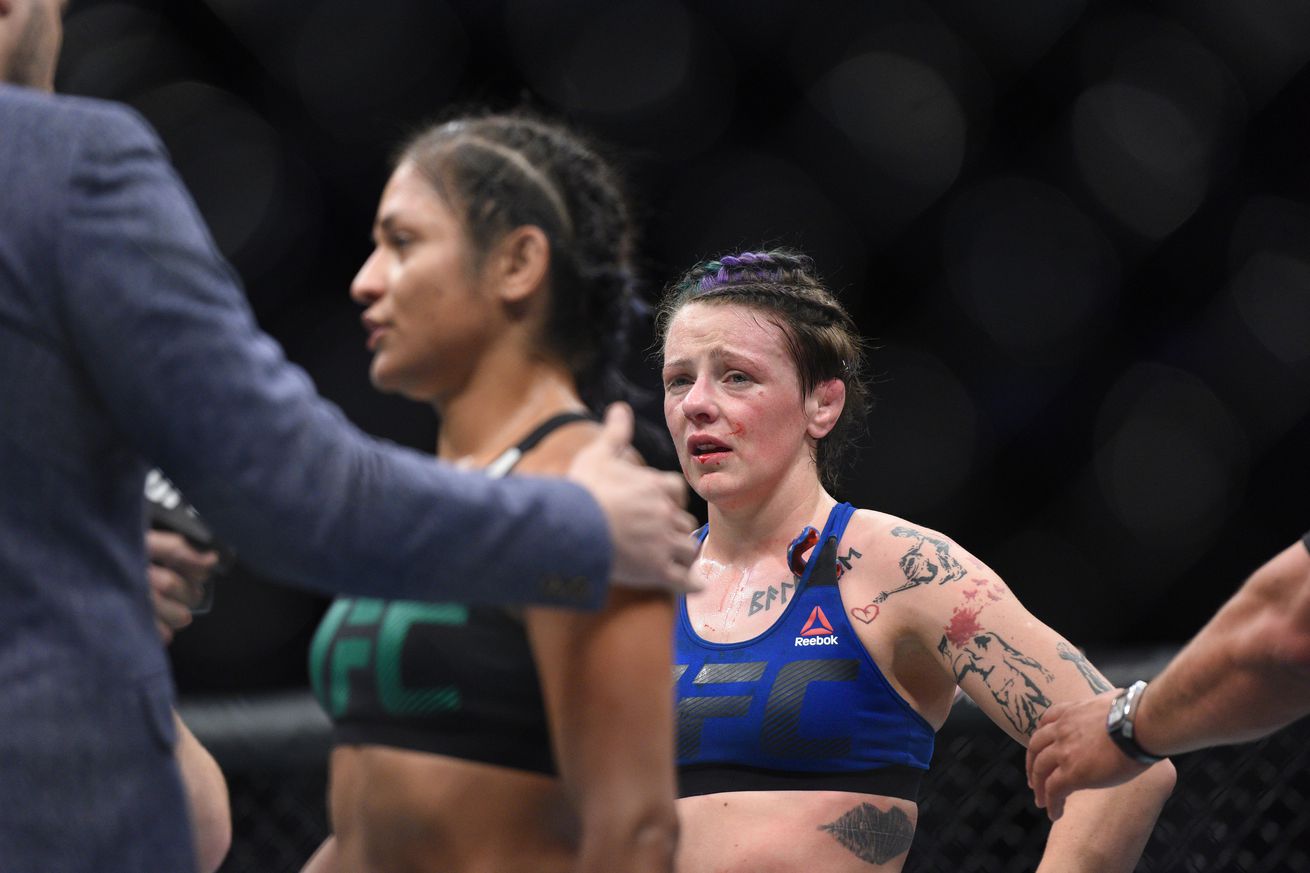 There are few easy fights in the UFC, partially due to the rising level of talent in the organization but more because the margin of error in MMA is so damn small. Almost anyone you fight could potentially finish you with their fists or, as we learned today, off a fluke slam. So I’m trying to cut Gunnar Nelson some slack for getting knocked out in his main event fight with largely unknown South American striker Santiago Ponzinibbio.

The problem is Nelson has always been held up to a standard as this uncrowned champion whose key fault is a Fedor-like serenity in the cage that occasionally impedes his ability to win rounds on the judge’s scorecard. There have been enough regular flashes of brilliance to carry that reputation up until this point, but at some point I feel like I should adjust my expectations down a little for the Icelandic fighter, if only to be pleasantly surprised when things go well.

Things had been going well for Gunnar right up until he got tagged and hurt. He looked fast and technical, but then he threw a wild left hook that left him wide open, and Ponzinibbio exploited it. Whether or not the entire string of events only played out the way they did because Ponzinibbio stuck his fingers right in both Gunnar’s eyes is up for debate. But there’s your margin of error: one second you’re on your way to a strong win, and the next you’re splayed out on the canvas. Whether it was a foul or not isn’t going to save your win bonus, or your spot in the rankings.

Ponzinibbio deserves credit, though. Not many people knew him coming into the event, but he earned his place in the main event off his reputation as a tough and game gunslinger. That’s exactly what he showed off, and fans won’t be writing him off in the future.

A Bad Night For Scotland

Compared to some other recent shows, UFC Fight Night: Glasgow was pretty great. It was an entertaining mix of hard fought contests and violent finishes and passionate speeches. But if you happened to be one of the 10,500 Scots sitting in the SSE Hydro arena, I imagine it might have been a bit hard to watch so many of your locals lose.

Of the four fights involving the Scottish, only one ended up getting the win. And while Joanne Calderwood gave her people something to cheer for even with a decision loss, there were few of those positive vibes floating around following the first round knockouts dealt to both Paul Craig and Stevie Ray.

Khalil Rountree vs. Paul Craig next. I expect the crowd to go absolutely mental for Craig. #UFCGlasgow pic.twitter.com/c4D2aufV6n

Craig and Ray were unfortunate enough to be matched up against Khalil Rountree and Paul Felder respectively, and both men were firing on all cylinders that night. Its one of those situations that shines a bit of a spotlight on the difference between UFC and Bellator matchmaking. Now I don’t want to sound like Bellator is some sort of crooked organization that gives all of its prospects gimmes across the board, but it’s like Josh Koscheck recently said: if BJ Penn was in Bellator, they wouldn’t be feeding him to lions like Yair Rodriguez.

Paul Craig is no Penn, but he is a surprisingly popular fighter in Scotland. A little matchmaking with an eye towards helping him develop could go a long way, but that’s just not how the UFC operates. Which I can understand and appreciate on many levels, but that doesn’t make it any less frustrating to witness from time to time (as I imagine it was for the local fans at this event).

I’ve been watching this sport obsessively for over a decade now and still get a shot of adrenaline from watching a good old fashioned knockout like Ponzinibbio uncorked on Gunnar Nelson. But there’s something even more visceral when it comes to the less common kind of slam KO we witnessed in the Galore Bofando vs. Charlie Ward fight. Part escape, part takedown, and part throw, the maneuver had the effect of bouncing Ward’s head off the canvas and putting him out cold.

It was a thing of beauty (at least as far as any probable head trauma can be considered beautiful), and reminded me of the throw slam that put Tim Boetsch and his redneck judo on the map against David Heath back in 2008.

In an era of fighting where some get way too caught up with just firing off combinations, it’s nice to be reminded that there’s a wide variety of potential damage that can be dealt in the spaces between more conventional positions. That was one of the things that made Jon Jones such a pleasure to watch on his way up to the top of the game, and I saw it as well in the Romero vs. Whittaker fight with Yoel’s leaping oblique kicks. With his record holding two DQs on account of illegal knees, Bofando certainly seems to be fighting with violent intent. I look forward to seeing more.