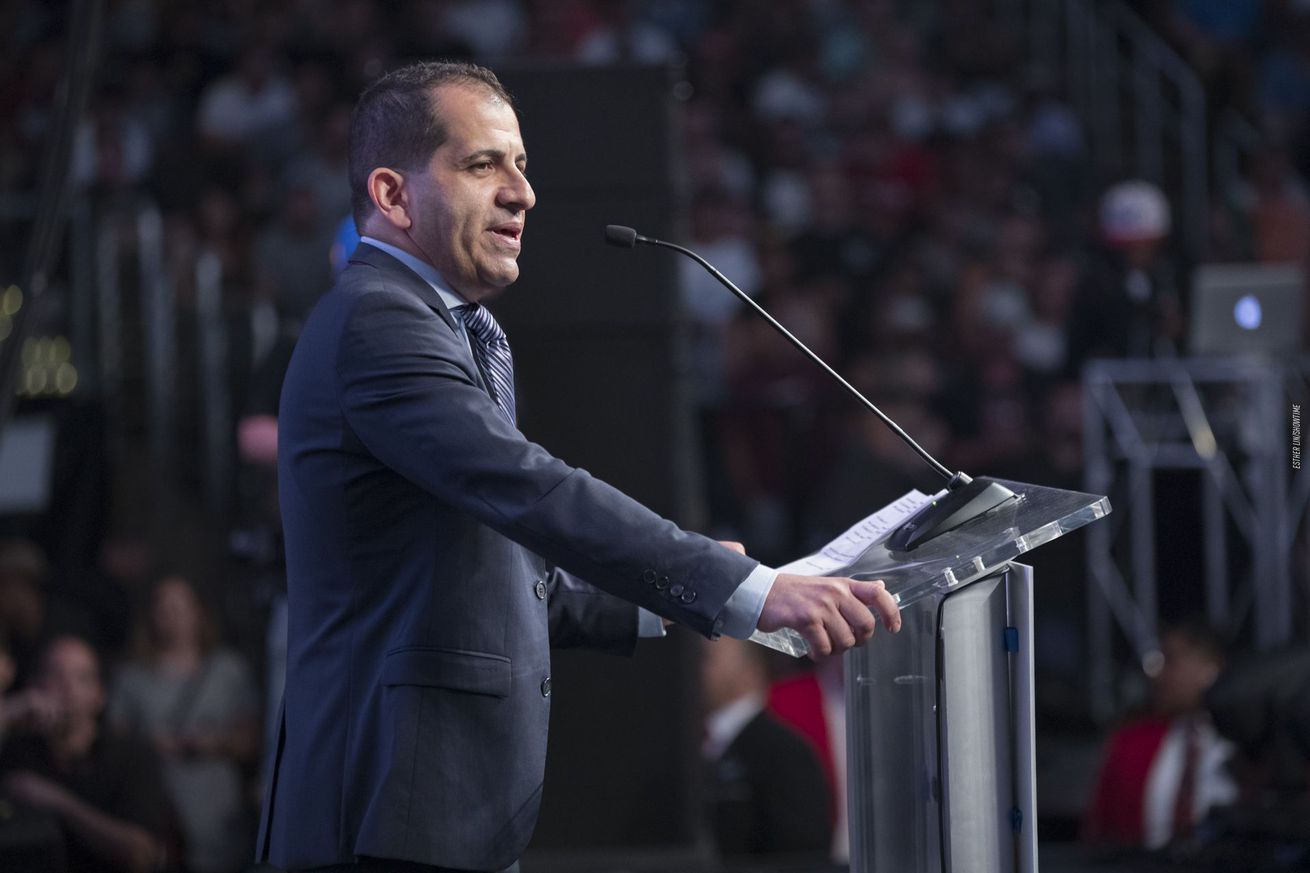 There was a palpable tension between Showtime and the UFC during the MayMac World Tour in July and later during the Floyd Mayweather vs. Conor McGregor fight week.

McGregor himself called Showtime executive Stephen Espinoza a “weasel” on stage after his microphone did not work on one stop of the tour. UFC president Dana White and Espinoza exchanged some harsh words in the media. Even as late as the day of the boxing match, White said Showtime was doing things to mess with the UFC.

Espinoza, the executive vice president and general manager of Showtime Sports, told Ariel Helwani on Monday’s episode of The MMA Hour that what bothered him most was McGregor blasting his network during the tour, not necessarily some of the things said about him personally.

“I know my staff and I know the kind of people who work for us,” Espinoza said. “On that timeframe, on those 72 days, there are literally dozens of people who are giving up dinners with their kids, time with their spouses, giving up things that they would rather do with their nights and weekends for the success of this pay per view, which ultimately the bulk of that money is going to Floyd and Conor. And making them both very rich men.

“So to have Conor insult them, by extension, to say ‘f’ Showtime or whatever, when there’s an entire team of people who are making personal sacrifices to make sure his event is successful and generates money for him, it just seemed a really short-sighted comment and really unprofessional.”

Espinoza said he had conversations during the tour backstage with McGregor’s manager Audie Attar and White about the situation. He said he never asked McGregor to stop his rhetoric, nor spoke to McGregor directly at all during the lead up to the fight. And the discussions with White were not always negative, but there were a number of disagreements over the course of the fight build up, he said.

“The reality, there’s just different ways of doing things,” Espinoza said. “It’s not one sport versus the other. It’s two different businesses, two different organizations and how they do things. There will be a miscommunication and differences of opinion. There were both along the way. Sometimes they were very pleasant and collegial. Sometimes they were more blunt and a little gruff. But it was a thing for the most part that was really out of the ordinary for this event. It’s making sausage. It’s an ugly process sometimes.”

Though McGregor focused some vitriol at him on multiple stops of the World Tour, Espinoza said that did not get to him much. It was really the attacks on his staff, Espinoza said, that affected him.

“It bothered me a little bit,” Espinoza said. “I think anyone who is personally insulted is bothered. But I’ve been called a lot worse by people I respect more than Conor, so that in itself wasn’t a big issue to me. What bothered me about the whole thing was his comments about Showtime.”

Despite some of the drama over the entire summer, Espinoza said the UFC was not bad to work with at all. When asked what was more difficult, working with the UFC or working with HBO in the lead up to Mayweather vs. Manny Pacquiao, Espinoza said it wasn’t even in the same arena. HBO was far tougher, he said.

“It’s not even comparable,” Espinoza said. “The UFC experience was so much more positive and collegial. And the promotion overall went a lot smoother. It wasn’t really even close.”