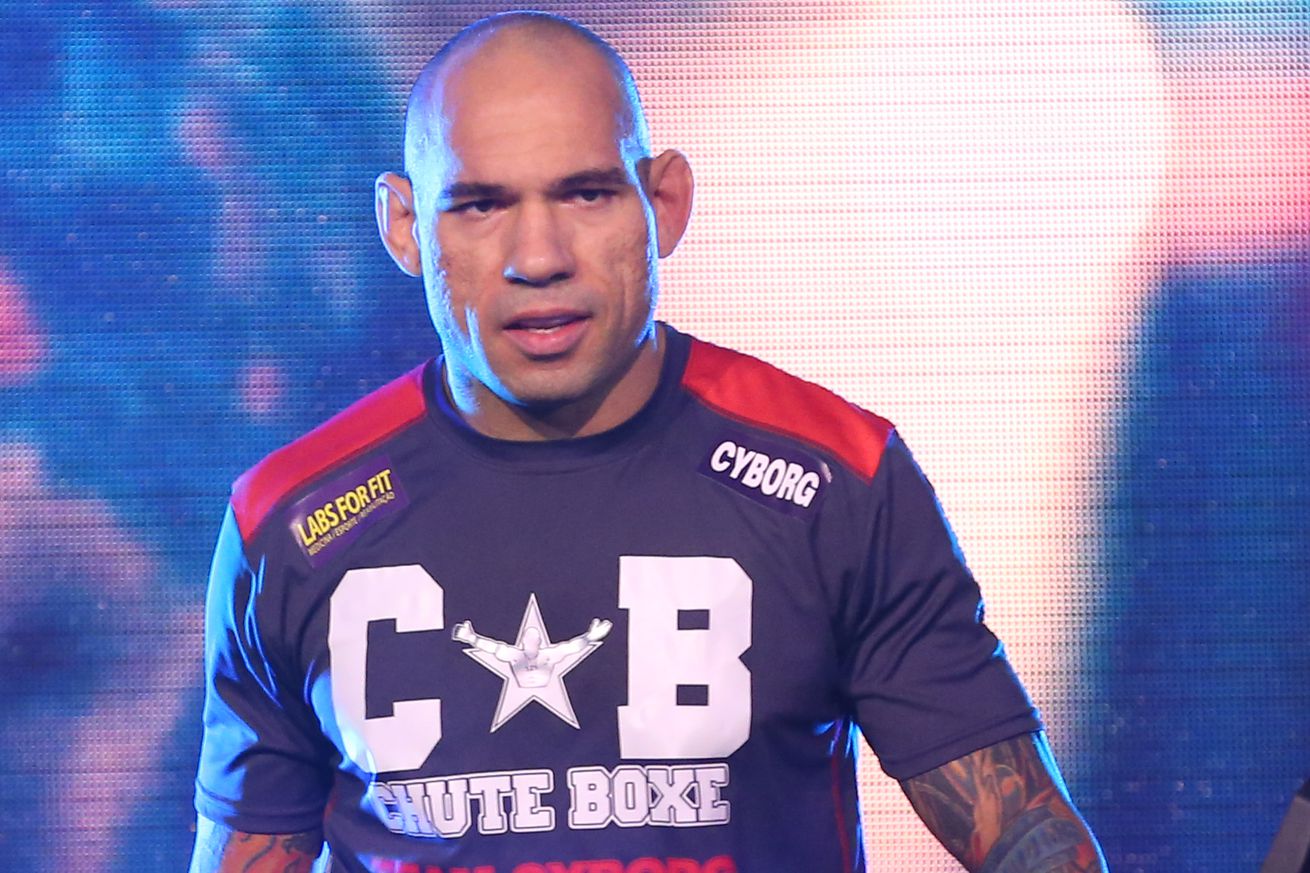 Evangelista Santos, despite having his head caved in by Michael Page at last Saturday night’s (July 16, 2016) Bellator 158 event in London, England (watch it), is getting on a plane and flying back to Untied States, where he’s expected to undergo surgery to fix this.

And while “Cyborg” appreciates all the concern from the mixed martial arts (MMA) community, the Brazilian wants you to know he’s absolutely fine and nothing happened. After all, fractured skulls are quite common these days (just ask Tito Ortiz).

From his conversation with MMA Junkie:

“People exaggerate. I’m fine. I opted to have my surgery in Houston. Nothing happened. I wasn’t knocked out. I only felt the pain from the fracture. At no time did I have any symptoms like convulsions or dizziness. It wasn’t a knockout. It was a fracture. It didn’t affect my brain. Everything is okay. People are crazy. I don’t need anything. At no time did Bellator refuse to help me. The good side is that now I’ll make justice to my nickname of ‘Cyborg.’ I’ll be back in six months. Nothing was affected as far as my brain. And now my head will be harder than ever. I’ll be a cyborg, literally. Thank you for everyone’s concern.”

Bellator has agreed to pick up all the corresponding medical bills.

Santos (21-18) may get a new head, but it’s hard to overlook the fact that he turns 39 in just a few months, In addition, “Cyborg” has been knocked out 12 times in 18 losses, including his previous four defeats. It will be interesting to see if the athletic commissions share his optimistic timeline for return.