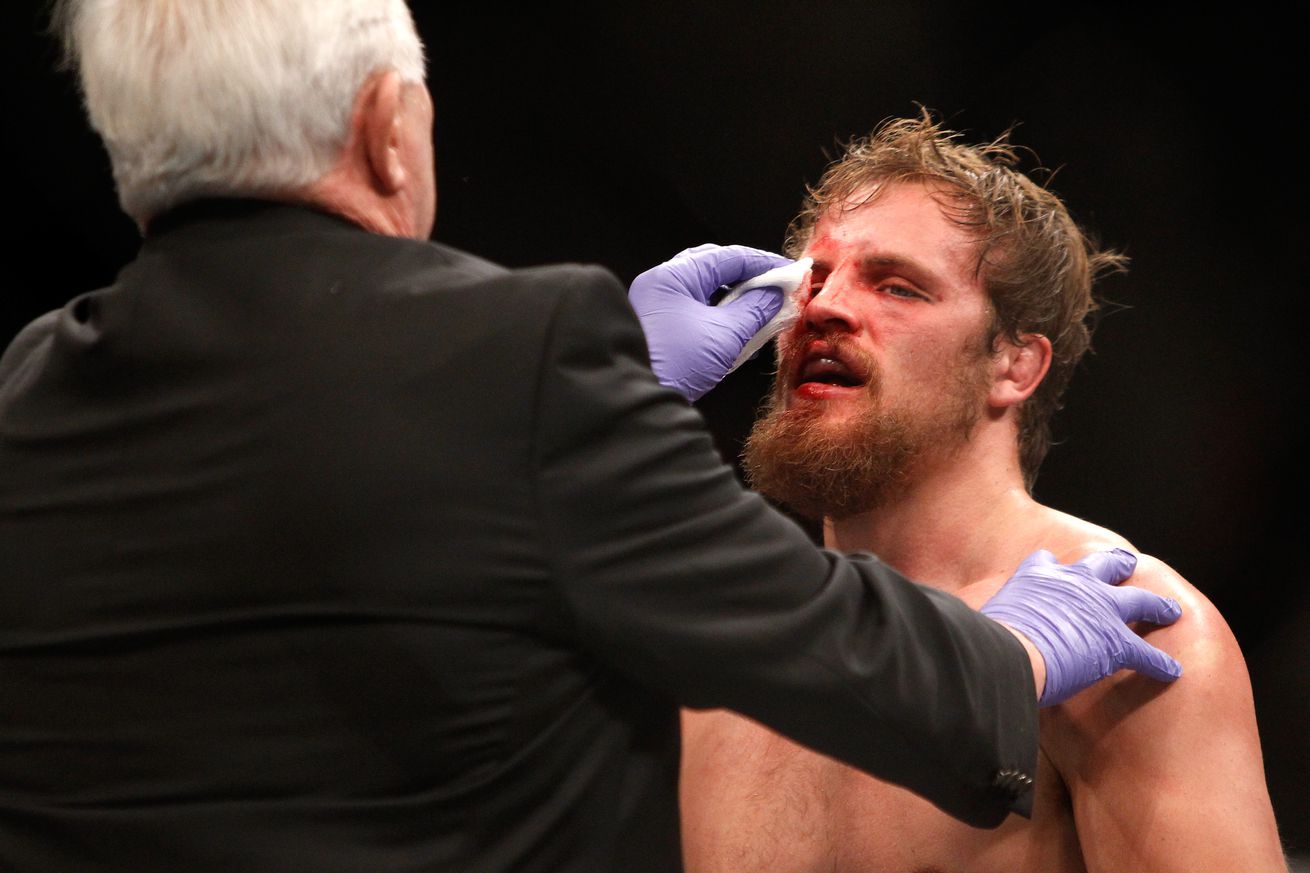 Being injured means never having to say you’re sorry … or something like that.

Ultimate Fighting Championship (UFC) welterweight Gunnar Nelson, who rubs elbows with top star Conor McGregor and is something of big deal overseas, was forced to withdraw from his UFC Fight Night 99 main event opposite Dong Hyun Kim after injuring his ankle.

And he’s “very sorry” for the mishap.

I want begin with saying im very sorry to all my fans, sponsors, friends and StunGun that im pulling out of this fight in Belfast. I was so much looking forward to fighting again in Ireland and now its not happening because of a stupid ankle twist that ironacly happend in a UFC open work out!! It happend at 1:08min into the video that was live on facebook for those who want to see it, its still up i think. Right away i wasnt sure how serious it was so i kept face and rolled a little on but told my training partner Kenny Baker about it during and he knew all about it he said because he felt the massive click when it happend. I was forced to stop within minutes because i relised it was bad. For a few days i was not able to put any weight on the leg and thought i had to pull out and felt devastated but then within 10 days i got to a state where i could walk normaly without much pain so i thought again that i was gonna fight and felt great. For a few weeks i was doing everything that i could to get better so i would be able to return to proper training again but that next step of being able to bounce, move in and out and ….View full article