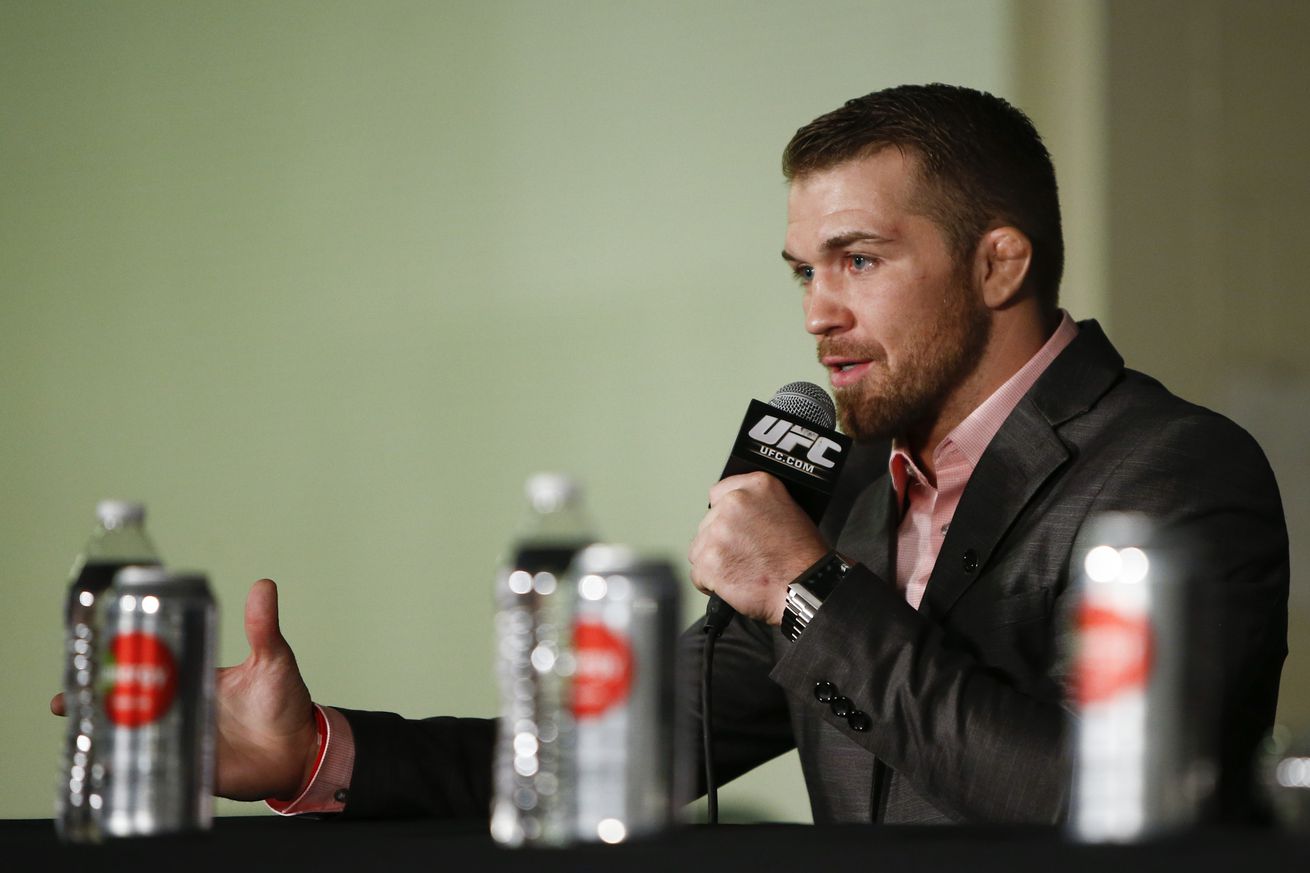 NEW YORK – Amid the manic swirl of UFC 205 media day, former women’s bantamweight champion Miesha Tate had a strong gathering around her for a full hour asking about Saturday night’s fight with Raquel Pennington. One of those who was in her orbit filming the action was bantamweight Bryan Caraway, her boyfriend and training partner, who is currently ranked No. 5 on the UFC’s rankings.

After winning back-to-back fights over Eddie Wineland and Aljamain Sterling, Caraway has been vocal about wanting a title shot. Yet though he has tried to make his case, the UFC recently opted to book young Cody Garbrandt for the next crack at 135-pound champion Dominick Cruz, which is slated to take place at UFC 207 on Dec. 30.

Caraway is in limbo currently, waiting to find out his next move. But through his frustration, he says he’s had an epiphany.

“The UFC is intelligent, and I have to come to terms that this is an entertainment business almost more than it is a sport,” Caraway told MMA Fighting. “Garbrandt was the No. 8 ranked guy, and real quick they shuffle — as soon as he gets a title shot they shuffle and he’s No. 5. I don’t know. Garbrandt’s super-talented, he’s tough, but I mean, has he proven himself really? I mean, when he knocked out [Thomas] Almeida, Almeida hadn’t beat a single guy in the top 10.”

Caraway turned down a fight against Garbrandt back in June, hoping that he’d done enough for the title shot. Though he was passed over ultimately for Garbrandt — who fought Takeya Mizugaki at UFC 202 in August, and scored a 48-second TKO — Caraway says he respects the young Team Alpha Male fighter. It’s just that he doesn’t feel ….View full article