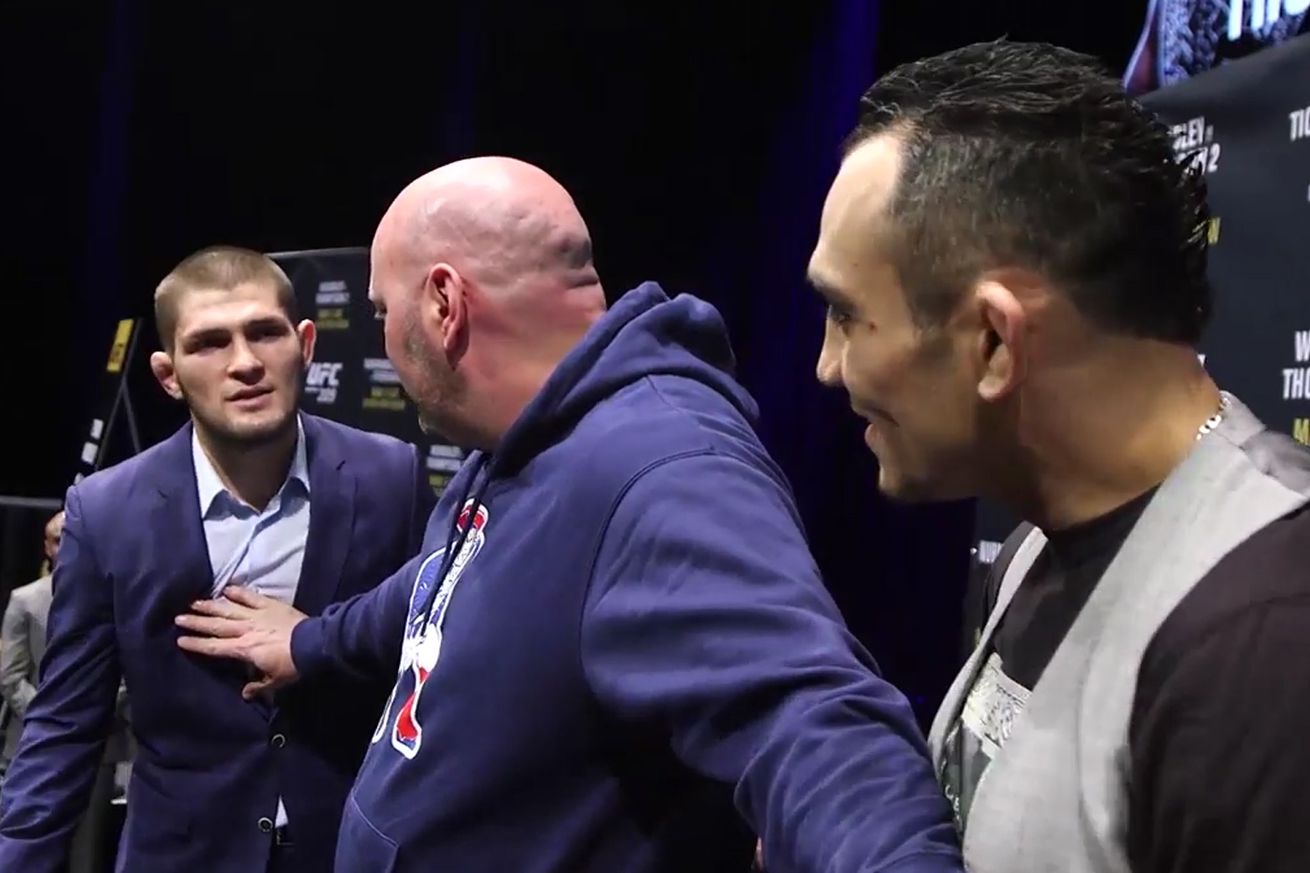 The main- and co-main event fighters for UFC 209 squared off … and things got testy between the lightweights.

UFC 209 goes down March 4, 2017, in Las Vegas, Nevada, and the promotional machine for the event is already in full swing. Yesterday, welterweight champ Tyron Woodley and his repeat opponent Stephen ‘Wonderboy’ Thompson did the media rounds, arguing with each other over who UFC treated better and whether title fights that result in a draw should afford the challenger an immediate rematch. And today we got to see the main and co-main event fighters square off.

For all the uncomfortable conversation that has gone down between them, Woodley and Thompson had a pretty chill face off, with both actually cracking up and laughing during the process. Things were way more tense during the meeting of growing rivals Khabib Nurmagomedov and Tony Ferguson, with Dana White keeping both fighters firmly in hand to make sure more Nevada Athletic Commission fines don’t get dropped on his roster.

Afterward, the fighters spoke to the media, with Ferguson expressing his frustration with Conor McGregor and interim titles.

“I have a nine fights in a row win streak,” Ferguson said. “Khabib has eight fights in a row. This is the first time you’re ever gonna see this inside the Octagon. This is for an interim title. It should be for the real sh*t. Am I a little pissed about it? Yeah. Is Conor going to defend his belt? The little bitch. Probably not, he’s gonna run. Go ahead, go run. Go try to box and get your ass kicked too.”

Nurmagomedov also seems to have McGregor on his mind, too.

“I like, this is what I want, fight Tony,” Nurmagomedov said. “I’m gonna finish him. After, finish Conor. And then UFC maybe want make rematch with Conor but I say no. Calm down. You have to stay in line and fight with another real contender.”

For more news on UFC 209 and all the other action coming up in the UFC, click here.