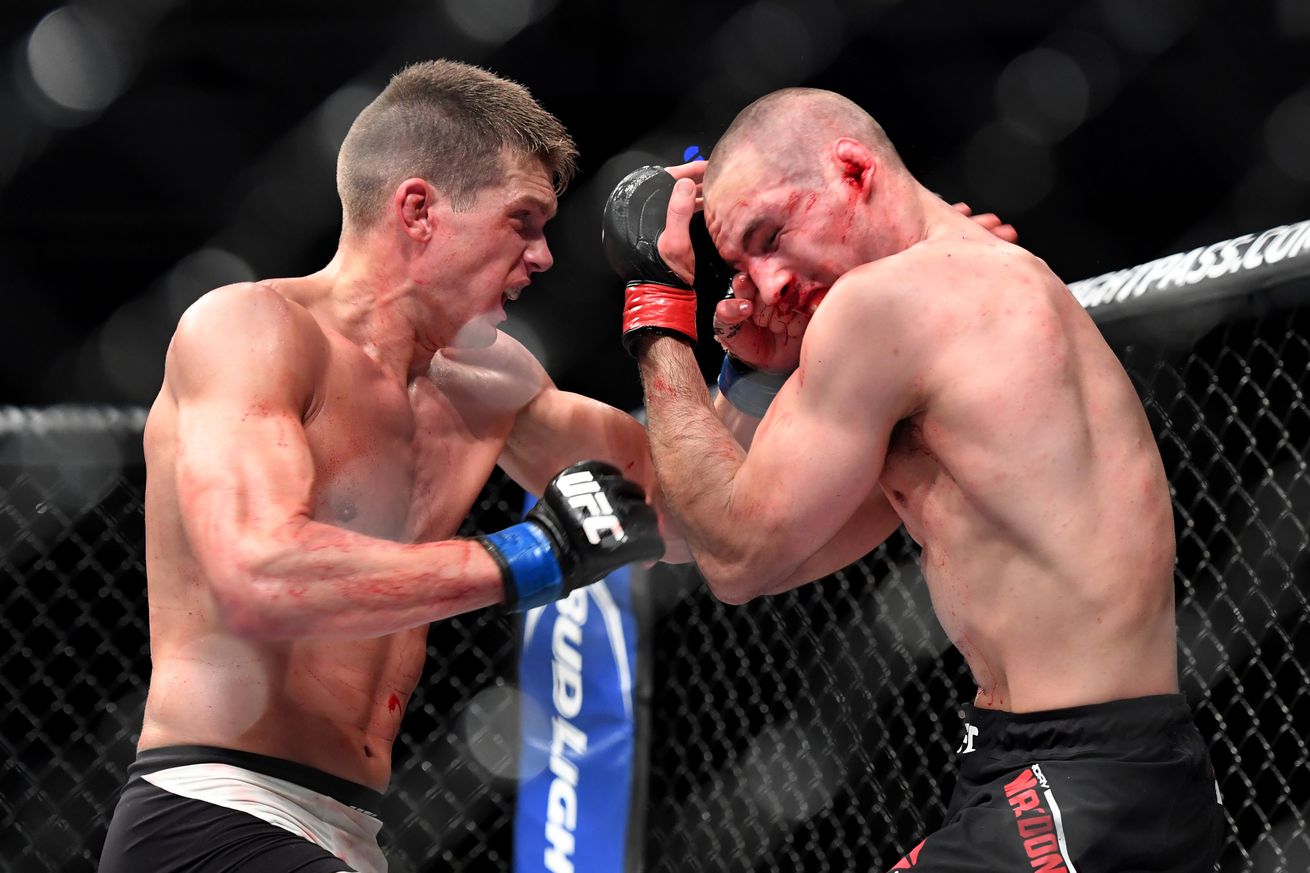 In this special five-part series to celebrate the awesomeness of UFC 205, we will look at five fighters on the marquee who are the very best in their weight class — and possibly the sport — at what they do. Five out of five-star fighters, if you will. We will examine the case for their superiority, look at what makes them so good at what they do, and give an idea of what you can expect once the cage door slams shut.

“Wonderboy, what is the secret of your power?”

Who can say if Jack Black was singing about Stephen Thompson or not, but the No. 1-ranked Welterweight contender certainly lives up to his moniker, “Wonderboy.” Never one to talk trash, Thompson puts his North Carolina brand of family-friendly karate on the map, allowing his skills to speak for him. And he will have no bigger stage than this weekend (Sat., Nov. 12, 2016) when he collides with 170-pound champion, Tyron Woodley, in the co-main event of UFC 205, which takes place inside Madison Square Garden Arena in New York, New York.

The 170-pound title challenger brings with him one of the most unusual styles around, a potent blend of karate and boxing, honed through a long amateur and professional American kickboxing career. As the training partner of Chris Weidman, his effectiveness as an out-fighter is almost a perfect corollary with Weidman’s success pressuring opponents. Their goals in the cage are diametrically opposed — Weidman wants to take away his opponent’s space, while Thompson utilizes it to keep his opponents at bay while still within his reach. Training with his worst style match up in Weidman has helped hone Thompson’s control of distance to a fine-tuned science — he now pivots out automatically, rather than ….View full article