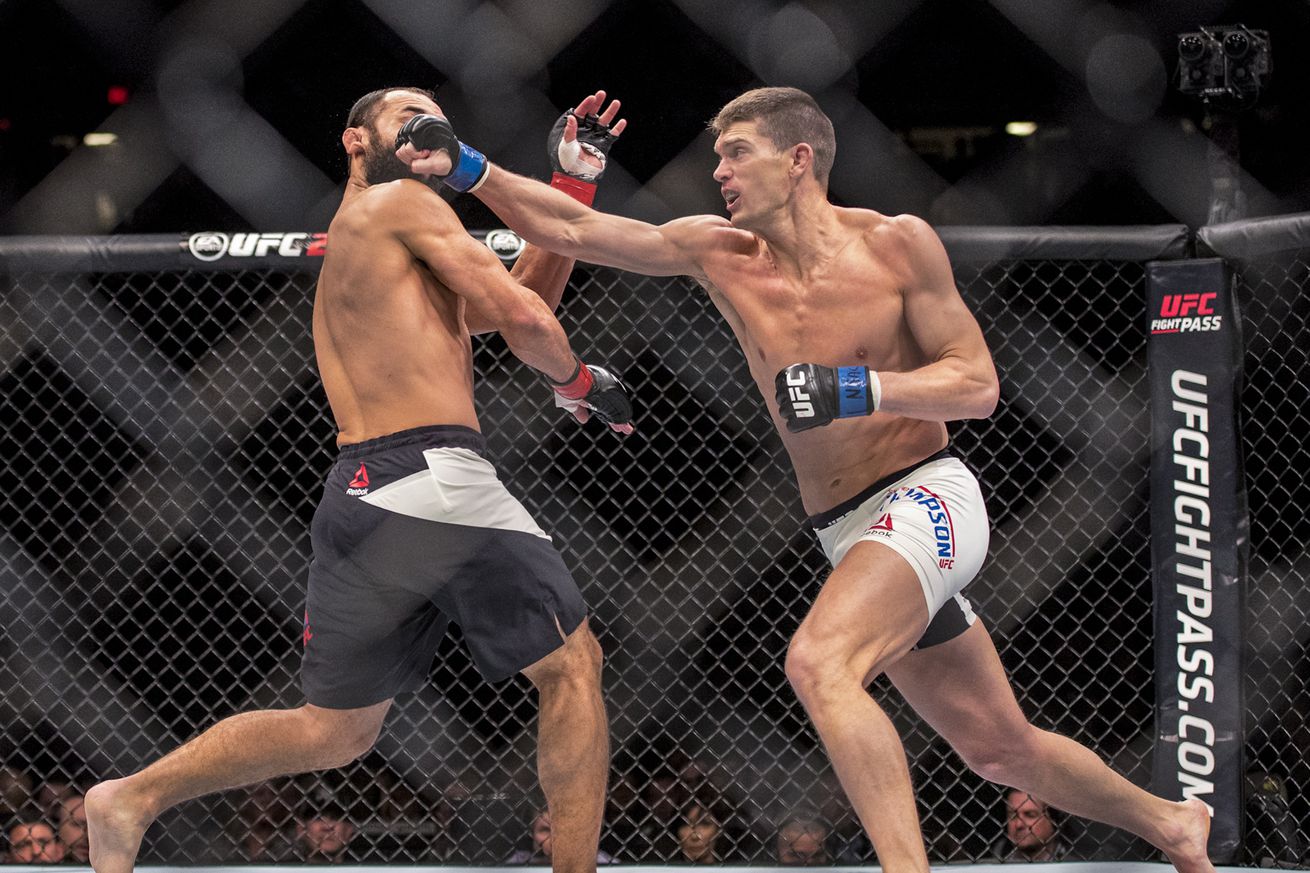 Now, Thompson is more than ready for his shot at the Ultimate Fighting Championship (UFC) welterweight title. And though he’d be willing to fight again it told to do so, he tells Fox Sports a championship fight is what he is eyeing next.

“You know what, I think what I did tonight shows that I am ready for that title shot. The top three, four guys have already fought for the title except Tyron Woodley. And, I think I would put on a good show, I think it will be an exciting fight. That’s what I’m shooting for. I’m shooting for the title. If they happen to say no and say they want me to fight somebody else, of course I’ll do that. But, I think after that performance, they have to give it to me.”

After all, Thompson now owns the longest win streak in the division with six consecutive victories.

Should he be awarded a shot at the title, it doesn’t necessarily mean he will get next dibs at division champion Robbie Lawler. That’s because Tyron Woodley is the current front runner to get next crack at “Ruthless.”

Which means Thompson may have to ride the pine for a bit if he wants his crack at gold. It might not be a bad thing, either, as “Wonderboy” could be seen limping after his win, and revealed during the post-fight interview that he injured his ankle during the fight.